Google Maps is getting an extremely practical feature for train drivers 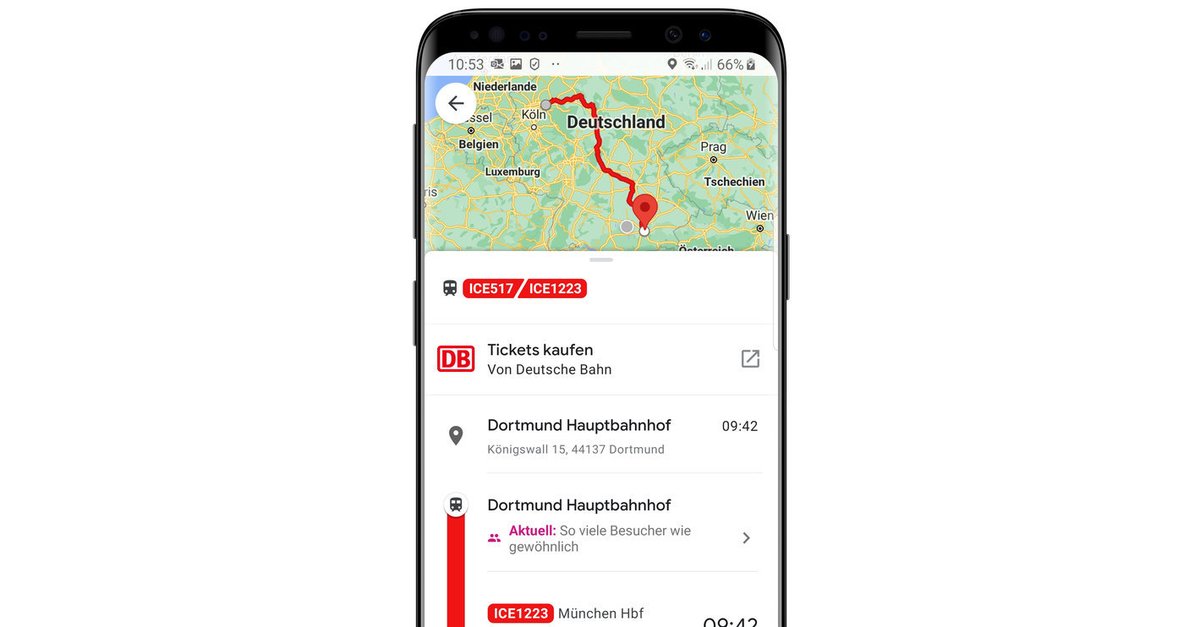 A really great function has been added to Google Maps. The navigation app, which can basically be found on every Android smartphone, but which is also available for iOS and other devices, is integrated by Deutsche Bahn. This makes traveling a lot easier.

Finally comes together that, in our opinion, has belonged together for a long time. Google and Deutsche Bahn have announced an important partnership. From now on it will be in Google Maps Real-time information from currently 800 daily ICE / IC / EC train journeys shown. You can now plan your trip through Germany completely via Google Maps on your mobile phone, tablet or PC and you will see the Deutsche Bahn connection there.

But not only the information from Deutsche Bahn was integrated in order to be displayed there. You can now also be directed to purchase tickets from Google Maps. The big advantage is that you no longer have to enter all connection information manually on the side of the train, but this can be taken directly from Google Maps. This small step improves the planning of a train journey enormously. Since Google Maps has meanwhile also integrated many other means of transport, you can plan the trip completely and get the correct travel data from Deutsche Bahn displayed directly.

In this Video we show you a great tip for Google Maps:

As already mentioned above, the integration of real-time data from Deutsche Bahn in Google Maps is now activated. in the official google blog the company also announces that one would like to incorporate additional means of transport. Details on which connections are involved are not yet available. But there are still many services open that would make Google Maps even better. E-scooters have only recently been installed.