Google Chrome for Android gets a very handy tab bar: that's how you use it - Free to Download APK And Games Online

Google Chrome for Android gets a very handy tab bar: that’s how you use it

Google has quietly added a new feature to the Chrome browser for Android. From now on you can use the handy tabs bar that lets you switch quickly between the open tabs. In addition, you can now group tabs.

Google Chrome has a new function in the Android app. From now on it will be possible to group tabs. It is now available in the final, stable version of Chrome after having been used in the experimental versions of the browser for a long time.

To group tabs you just have to press the tabs button. This is the block with the number in it; that number indicates the number of tabs that are open. You can then drag an open tab to another tab by pressing and holding it. Incidentally, this does not replace the other open tabs, as you can still switch to them. When you tap on a group, you will first see an overview of open websites, from which you first make your choice.

However, there is a big advantage to using tab grouping. When you open a group (this can be done by tapping it in the tabs window), you will see a new bar at the bottom of the screen. This tabs bar lets you switch between open tabs in the same group with one touch. By the way, you can directly expand this group with even more tabs with the plus sign at the bottom right of the screen. As far as we could see, there is no maximum number of tabs that can be opened in a group. 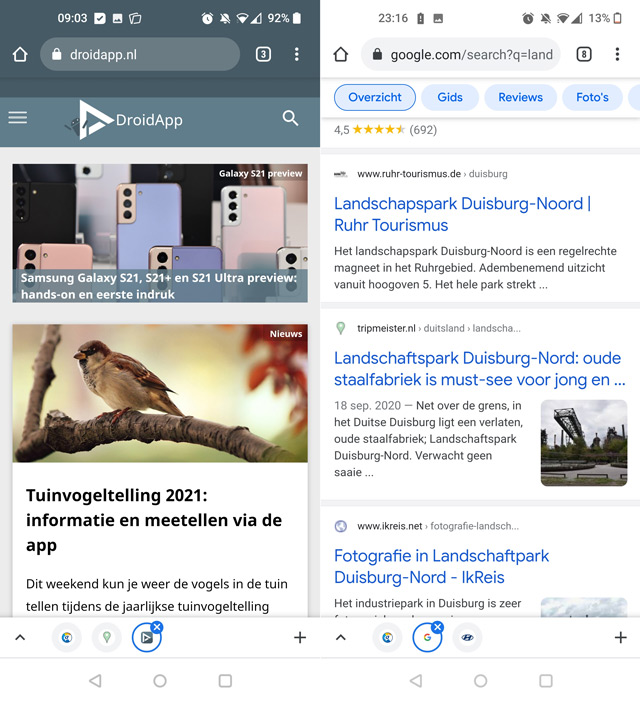 The functionality is now being rolled out widely on Chrome for Android.