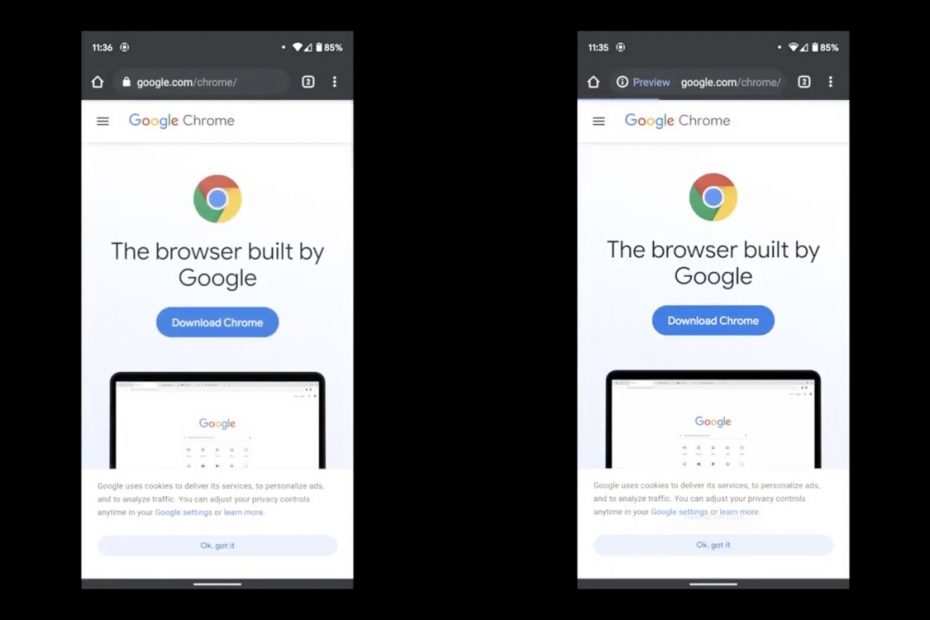 We’re all probably familiar with the jokes about Google Chrome that make fun of how much memory it consumes. This is to be improved on mobile phones thanks to Google Chrome 89. This version is intended to increase the loading speed and brings a few other useful features. XDA deals with the topic.

That’s exactly what Google called a feature that will allow you to literally freeze selected tabs in your browser to keep you there. This makes Chrome run 13% faster.

What is it about? Google explains this directly to us:

“Chrome now stores a light version of your tabs that are similar in size to a screenshot, but supports scrolling, zooming, and tapping links. We use these “freeze-dried” cards at startup, while the actual card loads in the background to get to your site faster. “

Google also mentions that this reduced the risk of Google Chrome crashing 89 due to available resource utilization, improved memory usage by 5%, increased application startup speed by 7.5%, and card loading speed by 2%.

In addition, if you have a device with 8 or more gigabytes of RAM, you get additional benefits, in the form of 64-bit Chrome:

“For those of you who have the latest Android devices (Android 10+ and 8GB + RAM), we’ve converted Chrome to a 64-bit binary format, giving you a more stable Chrome browser that loads pages up to 8.5% faster . Scrolling pages will be about 28% smoother and the latency of entry was also reduced, “said Google.

Google also mentions that the new Chrome also uses PartitionAlloc, a new memory allocator invented by Google. It is optimized for low allocation delays, is efficient in terms of storage and security. This makes updated Chrome smarter when it comes to memory management. It will get up to 100 MB of memory back from each unused card and will be able to allocate it to the actively used card.

In Google’s own words, much more awaits us in the future:

“Our teams are constantly working hard to bring you the fastest and most powerful browser on all your devices,” Google said. “We’re excited to bring you these performance improvements, and we’ve got more ready, so stay tuned.”

The Google Chrome update for version 89 may already be waiting for you in the Play Store:

Google Chrome tabs are being redesigned. Provides a better overview