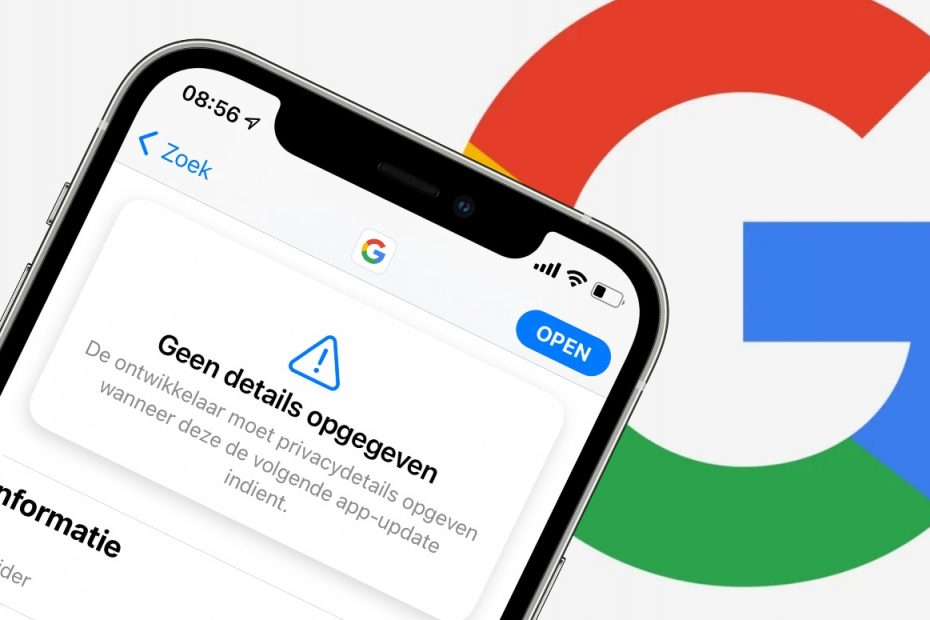 As of December 8, all iOS apps are required to use Apple’s privacy labels. But from YouTube to Google Maps and Gmail: they are nowhere to be seen with all the major Google apps. How is that possible?

At the end of last year, Apple made a major change in the App Store: from now on every new app or app update had to have privacy labels. These labels show users what data an app uses and needs. For this, unambiguous icons and clear explanations are used: a kind of Kijkwijzer, but for the App Store.

Many apps have submitted an update to their app (s) since December 8 and now comply with this new App Store rule. Facebook also agreed after a brief protest about WhatsApp. The only major party that is surprisingly not yet participating is Google.

Google hasn’t updated all of its biggest apps since December 7. Gmail, Google Maps, Google Chrome, YouTube, the Google app, Hangouts, Google Meet, Google News, Gboard and many more Google apps do not show this information. Extra notable are Google Translate and Google Authenticator: two Google apps that use the labels but have not been updated recently.

What is Google waiting for?

Google left on January 5 TechCrunch know to implement the updates ‘that week or the week after’. A reason for the delay was not given. And that is striking, because Google regularly updates its apps on both iOS and Android. While the Android versions just got updates in January, it remains quiet on iOS.

Apple introduced the privacy labels at the same time as iOS 14.3. The company says it has a clear reason for this: providing transparent information to users, so that they can make well-informed decisions whether they want to install an app or not.