A handy improvement has been rolled out quietly to the Google Assistant. Now it can just happen that, for example, your Google Home starts talking out of nowhere. With the sensitivity setting, this should no longer be the case.

If you need the help of the Google Assistant, you can use the command ‘Hey Google’, or ‘OK Google’. However, it also happens more than once that your smart device such as a Google Home suddenly starts talking on its own. Annoying, if you’re in the middle of a conversation with someone, or just watching something on television. Google has had a solution for that for a while, but that only worked if you had set the Assistant to the English language. Androidworld now reports that the function is also available in the Netherlands.

You can now adjust the sensitivity of activating Google Assistant via the Google Home app. This does not apply to the smartphone app itself, but to, for example, a device such as the Google Home, the Home Mini and the like. You can do this by following the steps below.

If you have several devices that respond to the command, you can also adjust the sensitivity settings here. You will also see an overview for which devices the settings have been adjusted. 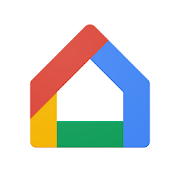