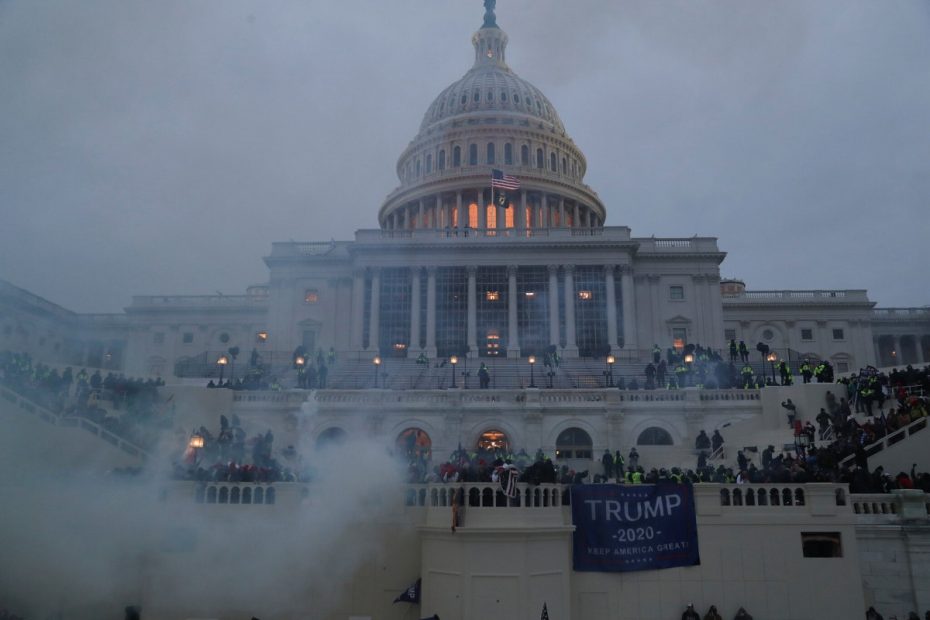 The case of a GitHub employee who was fired after trying to use Slack to warn his Washington colleagues of marauding Nazis during the Capitol Riots is making waves in the company.

On January 6th, the day of the Capitol Riots that killed five people, a GitHub employee on an internal Slack group said to his colleagues in the Washington, DC area: “Stay safe , Friends. Nazis are in the area. ”He closed the message with an emoji with a sad face.

Immediately after the warning was sent, there should have been a heated internal discussion in the aforementioned Slack chat. The GitHubs HR department immediately reprimanded the employee for the unrelated post and his “divisive rhetoric” in the Slack group.

The employee is said to have received the notice two days later. As a reason, the Microsoft subsidiary is said to have named “patterns of behavior” that made continued employment impossible.

As the last message before the deactivation of his GitHub accounts, the dismissed employee posted that he, as a Jew, could not have imagined that “this word” would lead to such a strong polarization. This suggests that GitHub was initially bothered by the use of the specific term “Nazi”. The Business Insider confirmed having seen this message.

The news of the termination caused quite a stir among the GitHub workforce. After all, around 200 of the around 1,700 employees have signed an open letter to management. On the one hand, they demand more detailed information on the circumstances of the termination and, on the other hand, a clear condemnation of racist attitudes by the management.

GitHub condemns racism and promises to investigate the termination

The management did not miss the last point for long. In a circular, GitHub CEO Nat Friedman said: “Personally, GitHub as a company and all members of the executive team condemn the attacks on the US Capitol and all belief systems based on discrimination against populations. Anti-Semitism, neo-Nazism and white supremacy – as well as all other forms of racism – are hideous and have no place in the world – and certainly not have a place in our community. “

Regarding the termination of the ex-employee, Friedman promised in the same circular a comprehensive investigation into the circumstances of this separation. Then a decision will be made on any necessary consequences.

For the ex-employee who wants to remain anonymous, this does not change anything according to their own statements. He wants to turn his back on the tech industry. The culture in these companies is too “toxic” for him.