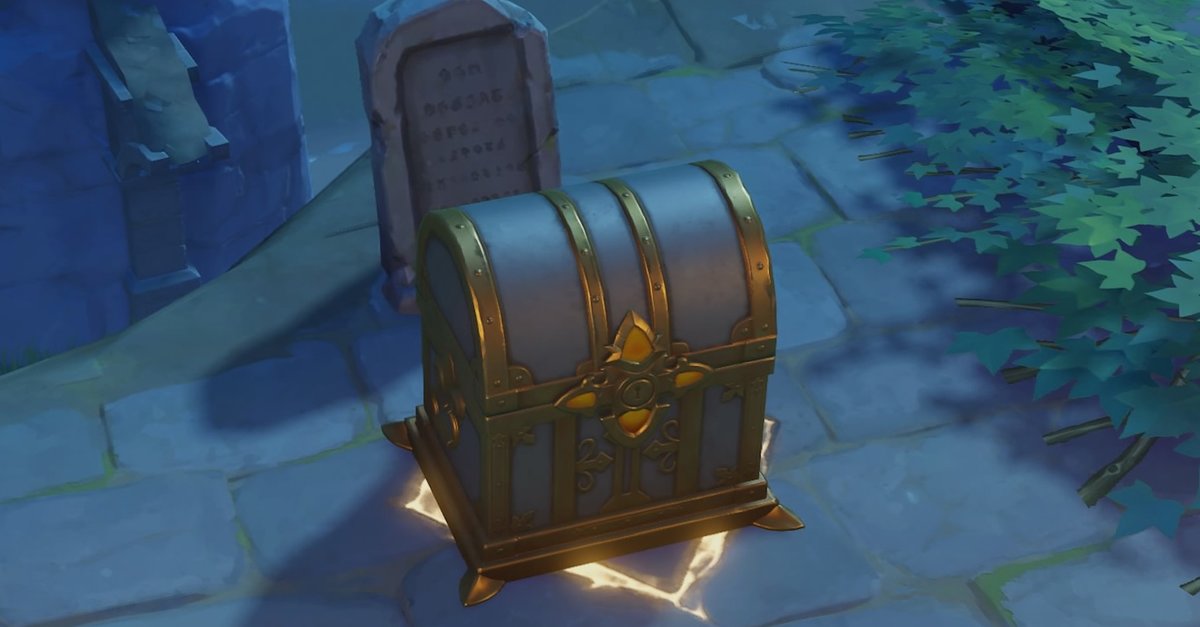 The first Nameless Treasure is also the trickiest. Go to the Dunyu Mausoleum to the west of the map. Here you have to break the seal of a geo statue. To do this, you first have to light four torches with a pyro character such as Amber.

In the following video we show you the torch locations exactly and how you can find the 1st Nameless Treasure:

When all torches are lit, the seal breaks and you can use the appropriate character such as Noelle to act the geo-force on the statue. Then the water level sinks and the chest with the 1st Nameless Treasure appears.

However, the treasure is still protected by a wind barrier. To dissolve this, you have to lead three souls in the area to their statues on the edge of the water basin.

If all three souls are in their place, the wind barrier disappears and you can finally open the box with the nameless treasure. By the way, collecting each treasure will reward you with 40x veterans, so the search is worth it! It is best to have a look at the video above if the locations of certain torches or souls in text form are not enough for you.

You will automatically receive the 2nd Nameless Treasure at the end of the world mission “Who does the Lingju treasure belong to?”. This starts at the Lingju Pass in the far west of the map. Here you have to search the strange camp and then free the scholar Alrani from her cage above.

After her liberation she will tell you the location of the treasure under the golden tree in the middle of the larger body of water at Lingju Pass. Dig it out and you have completed the quest.

In the following video we carry out the world mission “Who owns the Lingju treasure” and the 2nd Nameless Treasure:

Treasure no. 3 is hidden by the Qingxu pond in the far southwest of the map. On one of the raised levels, a stone tablet tells you what you have to do to make the last treasure appear. Simply activate the geo-seal on the 5 towers in the area with the appropriate power.

Note: It can be difficult to hit the geo-seals on the towers with the geo-force. We chose Ningguang for this task, but even with her magic it didn’t always work right away. So you may have to be patient here.

We also show you the locations of all 5 geo-seals and the 3rd nameless treasure in the following video:

Hand in and sell treasures at the antique dealer

Now you have all 3 Nameless Treasures, but their use is not directly revealed. You cannot open them in the inventory, but the description text of the treasures already gives you an indication of who might be interested in them. In short: go to the Linlang antique dealer in Liyue.

Linlang has her shop just to the left of the souvenir shop and she is very interested in the Nameless Treasures. It is important to note that it is only available for business after 9 p.m. So you may have to let the time pass a little in the game before you can talk to her.

Go through the dialogue options with her and then give her all three Nameless Treasures. As a reward, you will receive 100,000 Mora and 40 primary rocks.