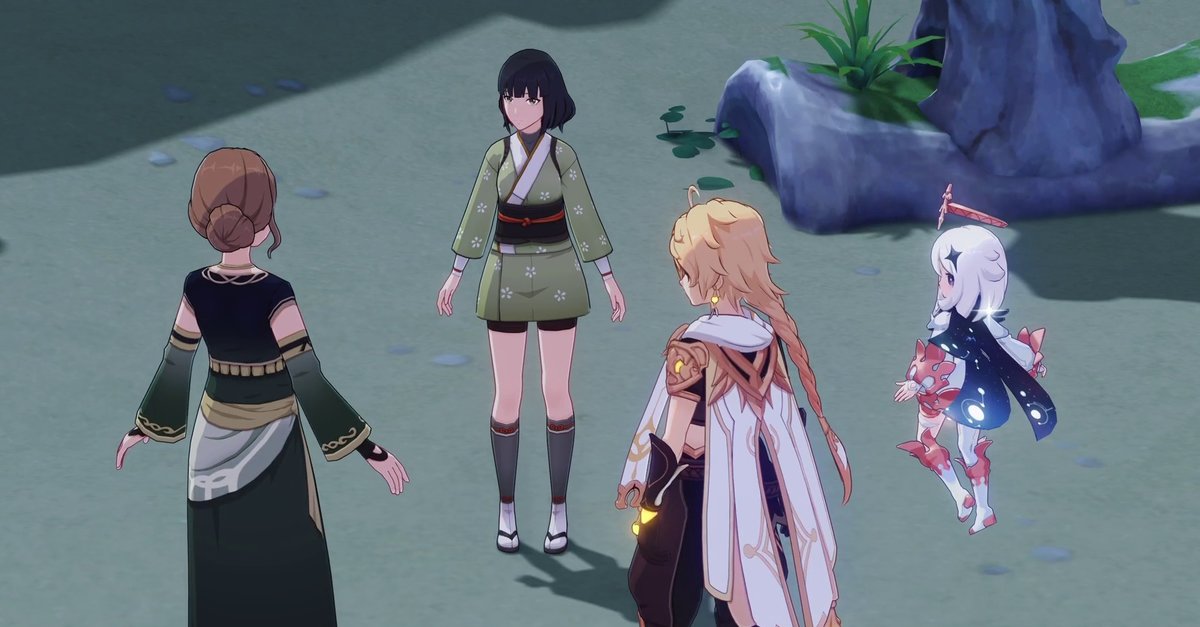 The world mission “Lonely Sea Monster” in Genshin Impact 2.1 takes you to the island of Watatsumi in the west. In the course of the quest you should solve the riddle of the Watatsumi statue. In our walkthrough for the assignment, we explain how you can cope with this challenge.

This quest is one of the prestige missions in Inazuma and starts at NPC Kumi south of Mooun Shrine on Watatsumi Island. After a long conversation, you first have to give Kumi three sakura flowers. If you don’t have one with you, we’ll show you all the locations in the linked guide.

Then you should go to the marked western camp on the beach and defeat the Hilichurle there to save NPC Anita. When all enemies have been defeated, speak to Anita, who will help you with the Solve the riddle of the Watatsumi statue instructed.

In the following video we show you the solution to the world mission “Lonely Sea Monster”:

Puzzle solution for the Watatsumi statue

A floor plate and a sealed statue appear on the beach, to which you can pay your respects. The first step is to break the statue’s seal. For this you need an electric and a hydro character.

Now step on the first floor slab and walk as you can see in the following picture to the floor slab to the right of the statue.

Now interact with the statue again so that it can be restored anchored in the ground will. Only then walk down the floor panels, as you can see in the following picture, to solve the puzzle of the Watatsumi statue.

After solving the puzzle, a will appear pretty chest on the beach and you can talk to Anisa again. Then return to Kumi, where a long conversation ensues before the mission is successfully completed.

In addition to the mission rewards, you will also receive the Achievement “The Tale of the Mermaid”. Do you still have questions or problems with “Lonely Sea Monster”? Then write it to us in the Comments!