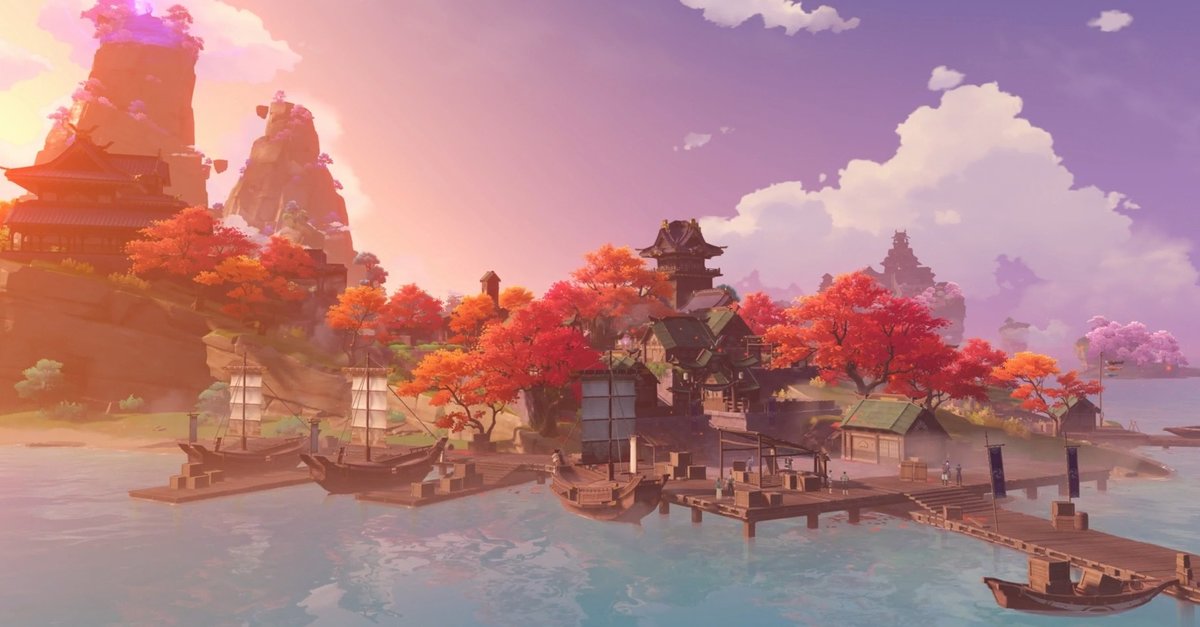 Inazuma is the third large area in Genshin Impact and presents itself as a group of islands inspired by Japan in the game world of Teyvat. But how can you get to Inazuma? We’ll show you the requirements to unlock the new area.

How to Travel to Inazuma (Genshin Impact)

Assuming you have already completed all Archon missions up to Update 2.0, which came out on July 21, 2021, your quest log should now the new archon mandate “The immovable God and the eternal utopia” (Chapter II – 1st act) appear.

If you don’t have the assignment, make sure that you the following requirements have fulfilled:

Then follow the new quest and join the conversation Katheryne from the Adventure Guild. Ask them for a way to Inazuma. Then you have to to the ship Alcor south of the Guyun Towers go.

Since the ship is already a little way offshore, the best thing to do is to slide down a mountain. If you don’t have enough stamina, it is worth collecting the Anemocolus and Geoculus in the first two areas beforehand. Alternatively, you can also use a cryogenic character like Kaeya to freeze the surface of the water and slowly get to the ship.

Then talk to Beidou on board the Alcor and he will take you to Inazuma, the new area, which is located in the very southeast of the map.

Return to Liyue and Mondstadt

Once you have arrived in Inazuma, a teleportation point in the new area will be automatically activated. From now on you can teleport back via the map as usual and come back to Inazuma quickly if you want.

Unlock all islands of Inazuma

You cannot explore all the islands immediately after arriving in Inazuma, but must first follow the main story until you are supposed to help Hiiragi Chisato. Only then are you allowed to leave the village of Ritou and explore the starting island of Narukami.

Then you have to complete the world mission “Chisato’s letter” in order to receive a travel permit for the whole of Inazuma. But even after this there are still individual areas that are blocked by barriers. Whenever an area remains blocked to you, continue to follow the story and complete world missions to unlock the corresponding areas.