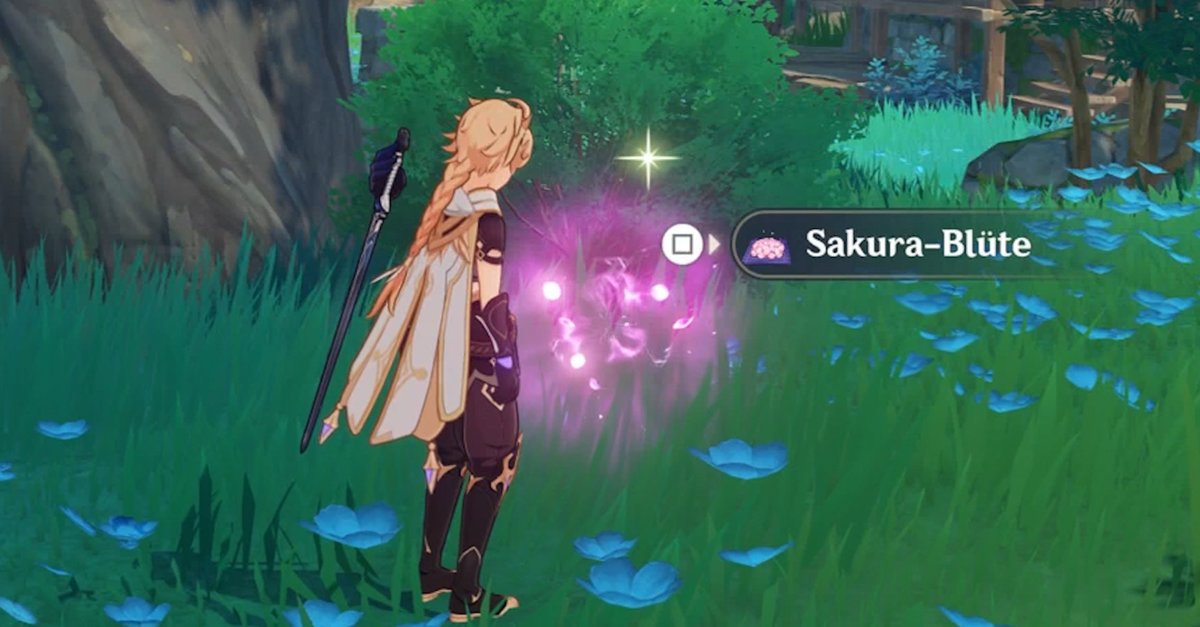 With version 2.0 of Genshin Impact and the new Inazuma area, there are also new plants to discover in Teyvat. This also includes the sakura flowers, which you can only collect with a certain method. We show you the locations of the sakura blossoms and how you can pick them up.

After you have unlocked Inazuma, you can find lots of sakura flowers on the first island of Narukami. Just keep an eye out for pink glowing spots here. The flowers dance in the air on these. We have already marked a lot of localities of sakura plants for you on the following map:

When do sakura blossoms respawn again? After collecting you have to Wait 2 days in real time (48 hours), only then can you collect the sakura blossoms again at the marked places on the map.

Finding the flowers is only the first step, because you can’t just collect them. Instead, as with the dandelion seeds, a certain trick is necessary. You have to hit the sakura flowers with an electric ability, only then can you collect them. The flowers then fall to the ground and no longer buzz around in the air.

So use characters like Fischl, Lisa, Keqing or Beidou to harvest the sakura blossoms. Your main character can also switch to the electrical element after interacting with a statue of the seven in Inazuma.

What do you need the sakura flowers for? The flowers serve as upgrade material for the new characters in the game. If you want to upgrade Ayaka, for example, you will need a lot of sakura flowers. So always keep an eye out for the pink flowers dancing in the wind and collect them regularly.

Have you discovered any other good locations for sakura blossoms in Genshin Impact? Then let us put it in the Comments to know.