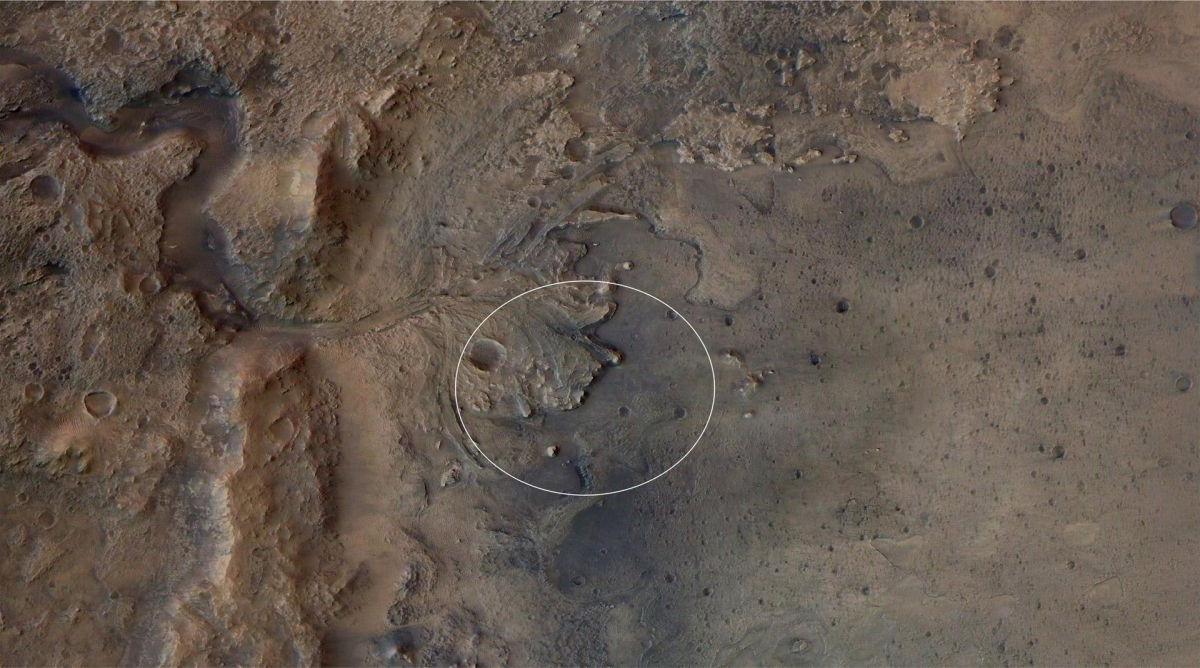 The Jezero crater on Mars has long been suspected of being a lake. Now there is concrete evidence of a river delta and fossilized evidence of extraterrestrial life.

A team of experts analyzed photos of the NASA rover Perseverance from Mars. They explored the geology on and now presented conclusions about the river currentswho fed the lake. At the same time, they marked points where traces of organic material are likely to be found – fossils of Martian life from prehistoric times.

The researchers looked for deltas. This is the name given to landforms that are created by stones and sediments from feeding rivers. Organic material, such as bacteria, is also often deposited in them. They are therefore the focus of attention in the search for traces of extraterrestrial life. Due to the proximity of deltas, among other things, NASA decided on the rover’s landing site. But after landing the disappointment followed: Percy, as the scientists affectionately call the rover, was too far away for any concrete research. But now they found clues next to the main delta of the Jezero crater in another branch that “miraculously preserved” is. 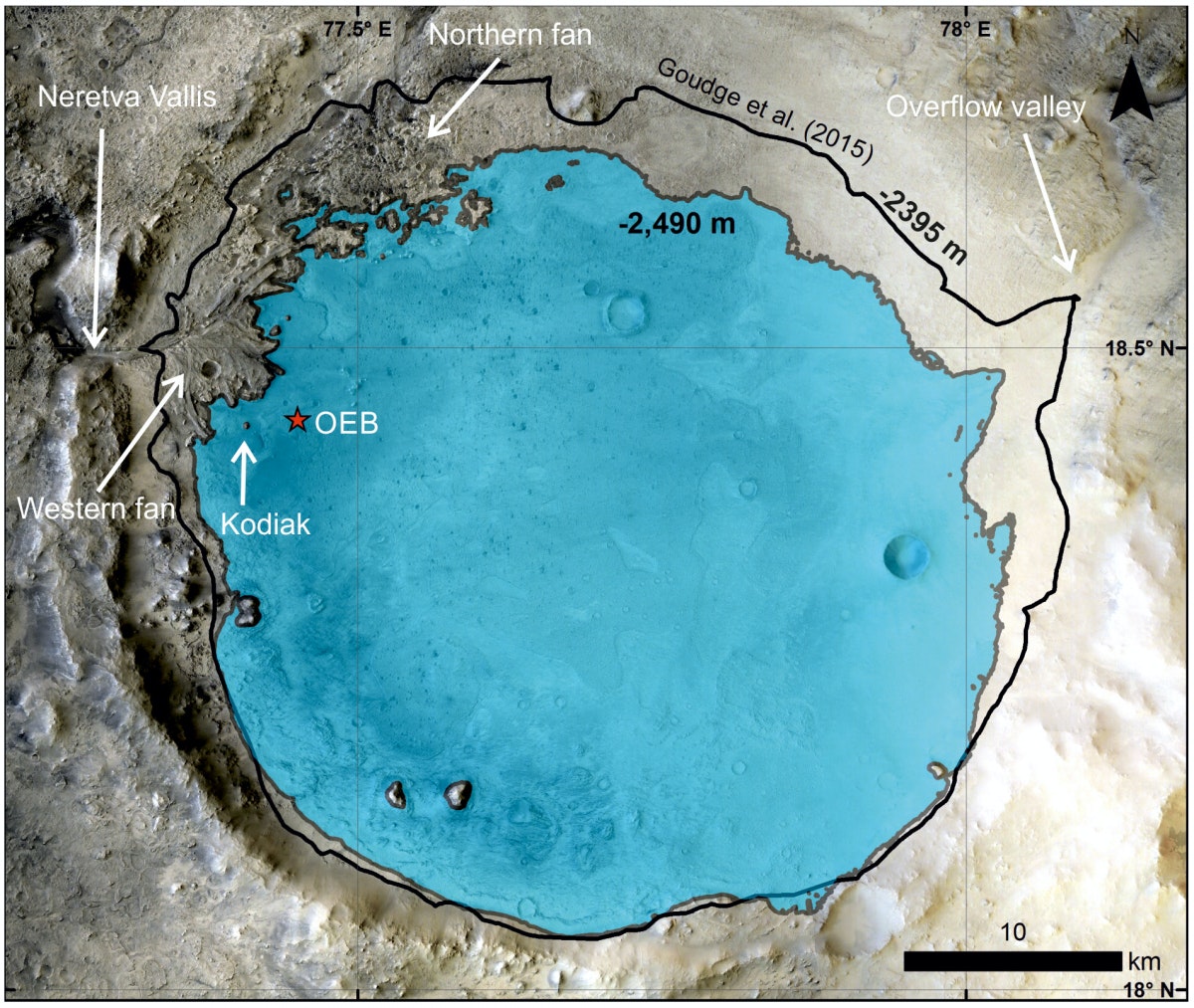 Derived paleose sea level in Jezero crater at the time of the deposition of Kodiak sediments. In black you can see the lower water level, which was created by an overflow valley. The red star marks the landing zone of Peserverance (Image: Mangold et al.)

The scientists obtained the new findings by analyzing a nearby rock called Kodiak. It does not belong to the main delta of the former lake, but to a secondary delta. Its position helped identify the strata and debris. Team leader Nicolas Mangold, geologist at the University of Nantes in France, describes the first look at the photos as a shock: “The first picture is actually one on which we can see boulders.” He adds: “A delta fault […] should not have large boulders. It should be consistent. ”Mangold’s team identified the area as the so-called Gilbert Delta through the rock. These species arise when strong water currents, including waves and tides, shape the landscape. The team believes that they know from the find that the river flow increased over time.

Mangold formulates the next question that preoccupies the group: Why did this change in hydrological activity take place? According to Mangold, it seems reasonable to assume that it is the “signature of climate change”. Kodiak also reveals the water level by means of its grooves. The lake must have been around 2,500 meters deep. Apparently it originated from a river. All of this information was used by Mangold’s team to identify the places where there might be remains of life. Deeper layers could contain residues from the river mud, for example. Organic molecules are usually found there. The scientists have now marked various spots that the rover will soon visit.