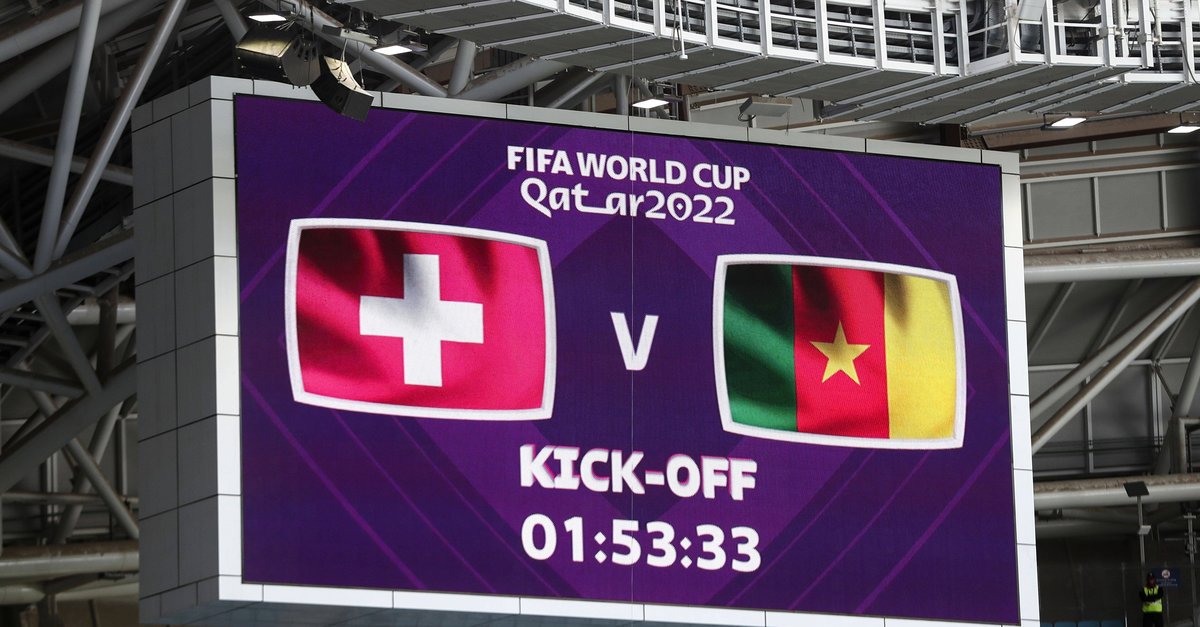 On Thursday, November 24th, 2022, there will again be 4 games at the 2022 World Cup. Unlike yesterday, however, not all games will be available on free TV. Magenta TV shows the first encounter between Switzerland and the camera in a live stream. Football fans will not be able to tune in to free TV again until the second game between South Korea and Uruguay. ZDF is broadcasting again today.

The World Cup match day starts today at 11:00 am with the game between Cameroon and Switzerland. This game is one of 16 exclusive games that can only be seen on Magenta TV.

The preliminary reports on ZDF start at 1:00 p.m. The kick-off to the game between Uruguay and South Korea takes place at 14:00. After that, world star Cristiano Ronaldo will be on the pitch for the first time at this World Cup. At 17:00 the game between Portugal and Ghana will start before the 1st World Cup rounds at 20:00 with the game between Brazil and Serbia.,

Without a TV connection or on the go, there is the World Cup broadcast via the ZDF app or directly in the browser via live stream on the screen of smartphones, tablets, iPhones, iPads, many smart TVs and more. In between, you can leave the television on, and apart from the news broadcasts, there will be reports on the World Cup in Qatar in the “First”. You can also follow all games live with a subscription to Magenta TV. The next exclusive game is on Telekom on Saturday at 11:00 a.m. with the broadcast of the game between Tunisia and Australia.

If you missed a match or want to see the highlights again, you can call up all the games and all the goals in the video on ZDF.

In addition to ARD, ZDF will show numerous games on free TV. The live streams from ARD and ZDF are part of the free options from streaming services such as Zattoo or Waipu.TV. With the Fire TV Stick from Amazon, you can switch on the live TV program without an additional app. 16 games can only be received exclusively via the Magenta TV payment platform.

These 4 games can be seen live today:

Despite a 1-0 lead, Germany lost 2-1 to Japan. With Endo, Yoshida, Itakura, Tanaka and Kamada, five players started in the Japanese team that play in the Bundesliga. There will be an opportunity to make amends next Sunday, November 27th, 2022. Then the DFB meets Spain. A win is a must in order to maintain a chance of reaching the round of 16.

If you missed the games or just want to relive all the highlights, you will find the summaries on the ZDF website as a video.

Tomorrow, “Das Erste” will be taking over the live coverage of the soccer World Cup again. Here’s what’s next on Friday, November 25, 2022:

These are the broadcast times and broadcasters of the World Cup games in live stream and TV in the coming weeks (source: Sportschau.de):

Who will broadcast which game in the knockout phase will be decided once the games are set. Should Germany take part in the game for third place, the “small” final will be broadcast by ZDF. Otherwise, Magenta TV shows the game exclusively. The finale on December 18 can be seen on ARD.

In total, ARD and ZDF show 48 of the 64 World Cup broadcasts. All games of the German national team will definitely be available free of charge in the live stream and free TV on ARD and ZDF. This is how the public broadcasters split the transmissions of the DFB team in the preliminary round among themselves: