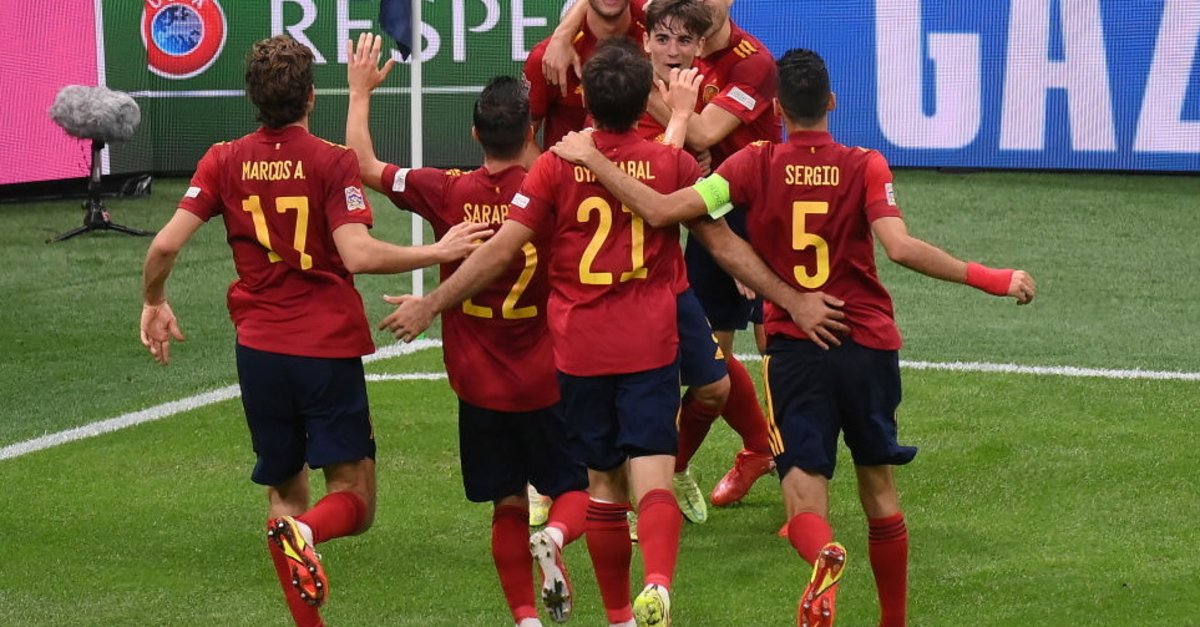 The Nations League tournament is looking for its second winner today. Who is following in Portugal’s footsteps? You can follow the final between Spain and France on live stream and TV. In addition, the football broadcast of the game for third place between Italy and Belgium can be seen today.

Switch on live stream on ARD

Both Nations League games will be shown live and in full on the DAZN streaming service. You need a paid subscription, but after registering for the first time, you can switch to DAZN for one month free of charge. The final between Spain and France also shows ARD on free TV. Here you can receive the live broadcast for free. The live stream is on the ARD website or available via the TV broadcaster’s apps.

The live broadcasts of the games between Spain and France as well as Belgium and Italy are available via stream in the browser on PC and Mac. With a suitable app, you can also watch the final games of the Nations League on your smartphone and tablet, iPhone, iPad and on various smart TVs, Chromecast and Fire TV (stick) on the large TV screen.

The preliminary reporting for the finals starts at 8:15 p.m. on ARD. Esther Sedlaczek will lead through the football evening. At her side is the former German national player Bastian Schweinsteiger as an expert. Gerd Gottlob comments on the final of the UEFA Nations League.

This is how you watch all TV channels online in the stream:

Both semi-final games had their highlights. Belgium, for example, gave up a 2-0 lead against France and were left empty-handed at the final whistle at 2-3. Only in the last minute of the game did Theo secure success for the reigning world champion with a sharp left-footed shot. The game between Italy and Spain also made football history, with Italy’s record series of 37 games ending without a defeat with a 2-1 draw.

With the game between France and Spain, a real football classic is waiting for the fans today. Both teams have met 35 times so far. Spain won 16 times, the French 12 times. Both nations met at the highest level in the second round of the 2006 World Cup in Germany. France prevailed 3-1. The last encounter was in 2017 as part of a friendly game, which Spain won 2-0.

The UEFA Nations League final will take place this Sunday 10 October at 8:45 pm. The game will be played in the venerable “San Siro” in Milan. Spain prevailed in the group stage against Germany, among others, when there was a 6-0 debacle for the team led by Jogi Löw at the time. France left defending champions Portugal, World Cup final opponents Croatia and Sweden behind in the group stage.

The Nations League tournament will be held for the second time in the 2020/21 season. Today’s finals were originally supposed to take place in June 2021. Due to the pandemic, however, the 2020 European Championship was moved to this year’s summer, which meant that the Nations League finals had to be postponed.

Tune in to the finale in the live stream on ARD

The group stage of the Nations League season 2022 should start in June and end in September before the final games in June 2023. In addition, the qualifying games for the EM 2024, which result from the Nations League constellation, will be played in March 2024.