Blunt is trump: The first trailer for the film adaptation of Mortal Kombat makes it clear where the bloody journey is headed. Limbs are torn off, organs removed – the result is a film that seems true to its original. 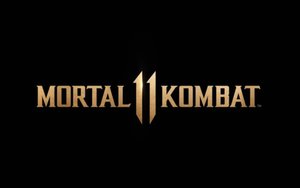 It’s bloody, it’s brutal and also a little silly, the first trailer for the remake of Mortal Kombat is what fans expect and of course want. Even the first moving pictures make it clear that there will be brutal fights and somehow a story.

So that’s why Jax has two artificial arms:

Scorpion, Sub-Zero, Sonya and all the other characters are part of it. New is MMA fighter Cole Young, who is also on because of his birthmark, which looks like the Mortal Kombat logo great tournament for the fate of the universe may participate. The antagonist is Sub-Zero, who is allowed to put a lot of people on hold in the trailer. So the story, well, is there.

The fans can expect gallons of CGI blood and, as you can already hear in the trailer, famous one-liners of the individual characters. Also a few of the fatalaties should not be missing. The special moves are a specialty of the series and could serve as highlights of the fights. As long as these are well staged and do not interfere with the story, the film can certainly find its audience.

The film should be on April 16, 2021 hit theaters worldwide and simultaneously launch on HBO Max (US only).

The only question left is: where is Johnny Cage?