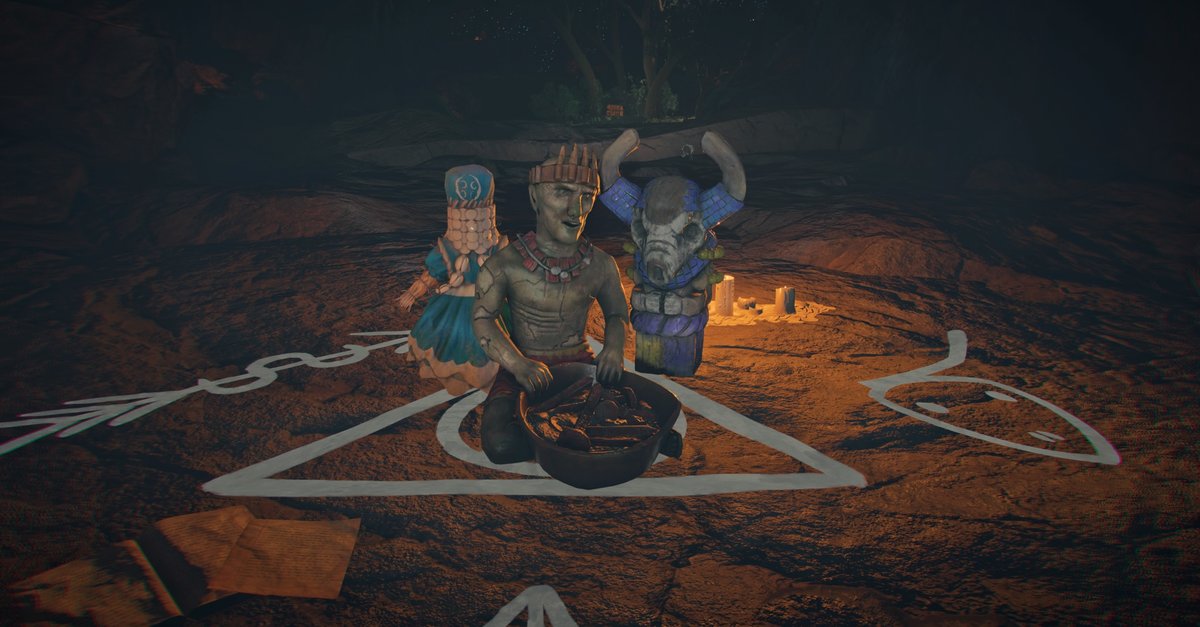 The Yaran story “Triada-Blessing” is probably the most extensive side mission in Far Cry 6, but upon completion it also rewards you with the most powerful weapon supremo combo from Triador and La Varita as well as the Amigo Oluso. In this guide we show you all the locations of the 3 Triada relics and a walkthrough for the side mission.

You can start the Yaranic story “Triada-Blessing” by exploring the Oluwa Cave on the starting island Santuario. Read the document on the ground at the ritual place in the cave so that you can get the mission entry.

However, you can also start looking for the three Triada relics directly, as you have to place all three relics in the Oluwa Cave at the end to complete the mission. So on your first visit you can’t do much in the cave, but to the left of the ritual place you can already open two chests that contain two parts of the Triada outfit. You can get the other three parts from the relic locations.

In the following video we show you the locations of all 3 Triada relics and the conclusion of “Triada Blessing” in the Oluwa Cave:

You can get the first relic from the treasure hunt “Idas Triada-Relict” in the northern region of Madrugada near Valle de las Monjas in the Lozanía district. Here you have to use your climbing hook to climb the mountain in front of you and then find a way to the relic via various zip lines in the cave.

In the chest next to the relic you will also find the Headgear “Íthe sign” as part of the Triada outfit.

You can get the second relic in the treasure hunt “Okús Triada-Relict” in the central region of Valle de Oro near Llanura de Arroz in the district of Cruz del Salvador. Here you have to solve various puzzles in the haunted Fort Oro to get to the relic.

After entering the fort, first go into the right room and shoot the mirror, which is the only one that does not break by itself To bring switches to lightthat you have to push.

Investigate that there Document on the piano in the middleso that a melody is played that causes the cupboard behind it to slide and reveal a secret room. You can find it there Dungeon key on the altar.

You can use the key by the cellar door on the ground floor. Go down the stairs and shoot the wooden boards that block the adjoining room. Here, press the switch at the end of the room to blow the grille on the fountain outside.

Jump down into the well and then use the climbing hook to swing to the ledge in the cave where you can pick up the second relic. You can find one on the other side of the cave Box with the leg clothing “Okús Redemption”.

You can get the third relic in the treasure hunt “Mimo Abosis Triada-Relic” in the southern region of El Este at the Catalina ridge in the La Joya district. Here you have to enter McKay Global’s drilling site D.

Shoot the lock on the door and turn left at the first junction to find the Key card to the ventilation room to take off the floor.

Since the water in the cave is electrified, go outside and first destroy the orange generator with explosives or a rocket launcher. Then dive down into the cave and use the key card at the locked door on the left in the next cave.

Press the switch here to activate the fans so that they drive away the poison. Then you can go through the lattice door and rope your way down to the relic with the climbing hook. You can also find one here Box with the “Mimo Abosis Mirage” footwear.

Return to Oluwa Cave with all three relics and place them at the mission marker. Then the cave wall collapses behind it and you come to a large open cave.

Here open the chest in the middle to receive the Supremo “Triador” and the rifle “La Varita”. When you activate Triador, you will be shrouded in fog and all enemies will be highlighted in red. During this phase you can even shoot enemies through walls with La Varita and kill them faster.

To complete “Triada Blessing” all you have to do now is defeat the Oluwas Guardian Spirit. This is the Amigo Oluso, who will join you permanently after the fight. Revive him after the fight to complete the side mission and with “The ancient tradition” also unlock one of the trophies and achievements of Far Cry 6.

By the way: By finding the relics you unlock all the markings of Oluwa’s idols in the respective region on the map. If you interact with them, you will get 50 XP for your rank every time.

Do you still have questions or problems with the Yaran story “Triada Blessing”? Then let us know in the comments!