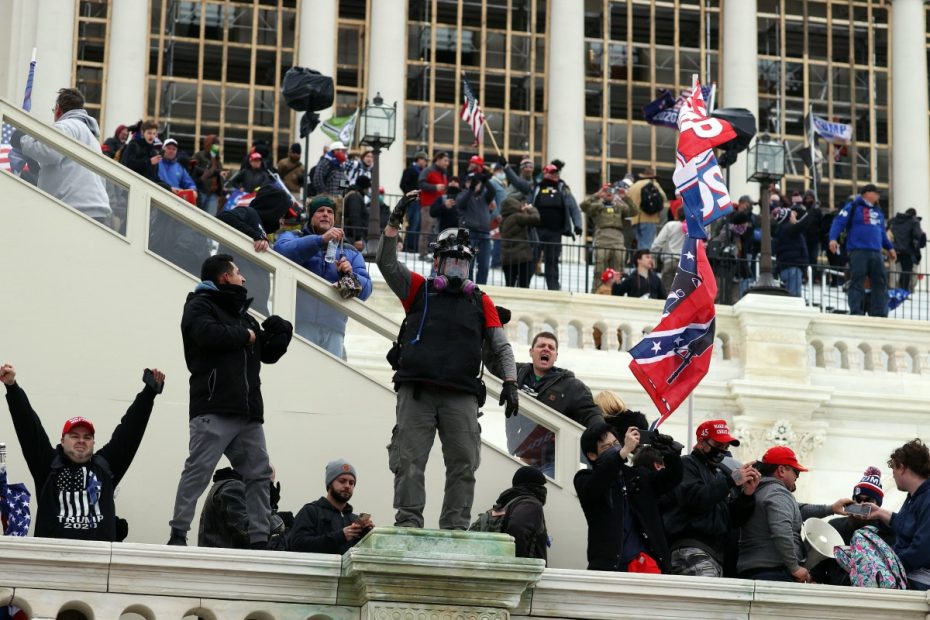 In the last few meters of his term in office, the outgoing US President Donald Trump loses his most important communication platform. Twitter closes his account permanently.

The Capitol Riots have caused consternation in the United States and around the world. US tech companies are facing blame and are looking for ways to come to terms with it.

The allegation is that the spread of Trump’s calls on social media was at least part of the violence. Obviously, social media now see trumps cutting off their platforms as the tool of choice.

Losing his account is a big blow to Trump. He had sometimes used Twitter several times a day to address his more than 88 million followers.

The reason for the permanent blocking is the “risk of further incitement to violence,” said Twitter on Friday evening a detailed blog post With. Specifically, two tweets that Trump had posted after the previous temporary blocking of his account on Friday are said to have been decisive for the decision to permanently block him.

In one of these tweets, Trump wrote that the 75 million “great American patriots” who voted for him in the election would have a “powerful vote” well into the future. You would not be disliked or treated unfairly in any way. In a second tweet, Trump announced that he would be staying away from the inauguration of his successor Joe Biden on January 20.

Twitter interprets the combination of both tweets as suitable for inciting people to further violent actions. In particular, the hint that he would not take part in the ceremony for the inauguration of his successor Joe Biden was interpreted by Twitter as a hidden hint to his followers that the ceremony could be a “safe target” (for violent attacks), where Trump would not injure himself in the event of an attack because he will not be there.

The starting point of Twitter’s harsh reaction is the unrest around the US Congress building on Wednesday. Trump is accused of inciting his supporters to attack the Capitol at a rally on Wednesday. Five people were killed in the riot.

According to Twitter, plans for other similar attacks are circulating on social media – including another attack on the Congress headquarters on January 17th.

After the riots at the Capitol on Wednesday, Twitter had already blocked the @realDonaldTrump account for twelve hours because the President’s service had classified tweets as “repeated and serious” in violation of the platform’s guidelines. The short message service threatened Trump with a permanent ban if these tweets are not removed.

Among other things, a video was affected in which Trump called on his supporters to withdraw from the Capitol they stormed – but at the same time repeated his claims about alleged election fraud. In another tweet, Trump wrote in view of the riots of his supporters in parliament that these were “things and events that happen when a holy landslide victory is stolen so suddenly and meanly”.

Twitter in particular has so far limited itself to warning notices for Trump because the service regards the President’s contributions as historical documents. In the past few months, Twitter and Facebook had warned Trump of false information on numerous posts and in some cases also restricted their distribution. The outgoing president then accused the platforms of political censorship.

Trump is considering building his own platform

Trump also reacted accordingly to the permanent blocking of his account. “We will not be silenced,” he let spread through journalists in the White House. Trump said that he was already negotiating with several other websites, and that building his own platform could also be considered.

Initially, Trump tried to spread this message via the official presidential account @POTUS and his campaign account @TeamTrump past the lock on his personal account via Twitter. It only took a few minutes before Twitter blocked these accounts and took the tweets offline.

Screenshot of the tweets about the official presidential account before the ban. (Source: The Verge)

For Trump, the matter is clear: “Twitter is not about free speech. Their only concern is to promote a left-wing radical platform on which some of the most evil people in the world can speak freely. ”Trump is not completely isolated with his criticism. Republican Senator Lindsey Graham wrote on Twitter: “Ayatollah can tweet, but Trump cannot. That says a lot about the people who run Twitter. ” (with material from the dpa)