Far Cry 6: The last one goes 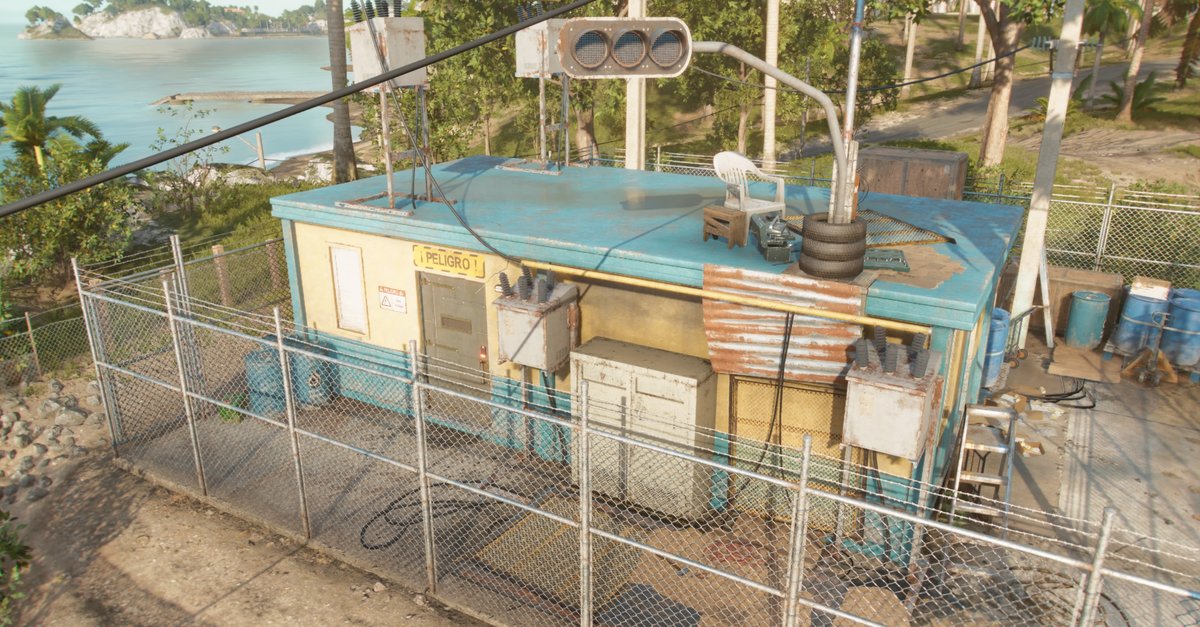 In the following video we show you the starting point and the solution of the treasure hunt “The last one goes”:

Note on the video: In the last house you have to turn on the radio and the television before interacting with the picture frame so that the shelf moves. These steps cannot be seen in the video.

First follow the middle power line to the house. Here red poison gas rises from the generator in front of the house. Put it down by turning the crank at the yellow container to the right of it. Then you can safely enter the house and make your way to the first switch next to the lattice window.

Next, follow the power cord that leads to the raised metal platform. You can see the switch on it from afar. Climb and jump over the roofs of the surrounding huts to reach this switch relatively easily.

The biggest head nut is the last switch in the house to the south. By the way, in the entrance area you will find one of the cocks for the cockfighting arena. First turn on the radio and television in the living room and then interact with the picture frame to the left of the bookshelf. This will give you access to the secret room with the last switch.

Now you can open the door of the pumping station and open the treasure chest in it to complete the treasure hunt. Incidentally, you will find the Desert Eagle there, which has enormous mod potential and can be upgraded in a variety of ways.

Do you still have problems or questions about the treasure hunt “The Last One” in Far Cry 6? Then let us know in the comments.