Far Cry 6: Our Right to Party 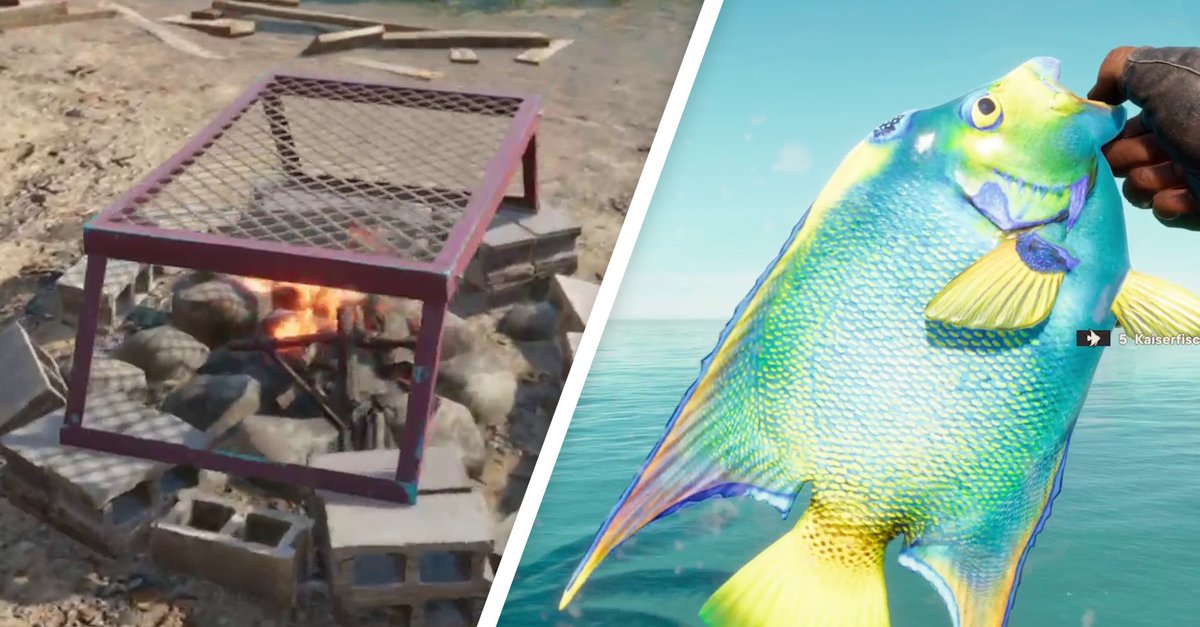 In the main mission “Our Right to Party” in Far Cry 6 you should get food for the barbecue to celebrate your victory against the regime in El Este. In this guide we show you where to find the food so that the display reaches 100%.

After conquering the El Este region in Far Cry 6 and joining forces with Yelena and the other resistance fighters, it’s time for a celebration on a desert island. In addition, you should get food for the barbecue in the main mission “Our right to party”. Yelena leads you to the north of the small island off the coast of Concepción.

Here you first have to dive underwater and bring the grill grate ashore to put it over the campfire. Then you should fish to get fish to grill. However, the more fish you catch, the less and less the percentage bar feels. From 50% it only increases by one percentage point per fish.

The game doesn’t give you any clues as to whether you need to catch certain fish or get other food. The solution here is that fish alone is not enough for the barbecue party. Instead, you have to kill other animals to get their meat to eat.

It is best to go to the south of the island, because there are some Yaran crocodiles that you can kill for their meat quickly. We mark their location on the following map:

After just a few killed crocodiles and collecting their meat, the bar for the mission step reaches 100% if you have caught enough fish beforehand. So you’ll need to get both to advance on this mission.

This mission can be a bit confusing as there is no reference to the crocodiles from the game itself. Do you still have problems with this mission or questions about other missions? Then write it to us in the Comments and help each other too.