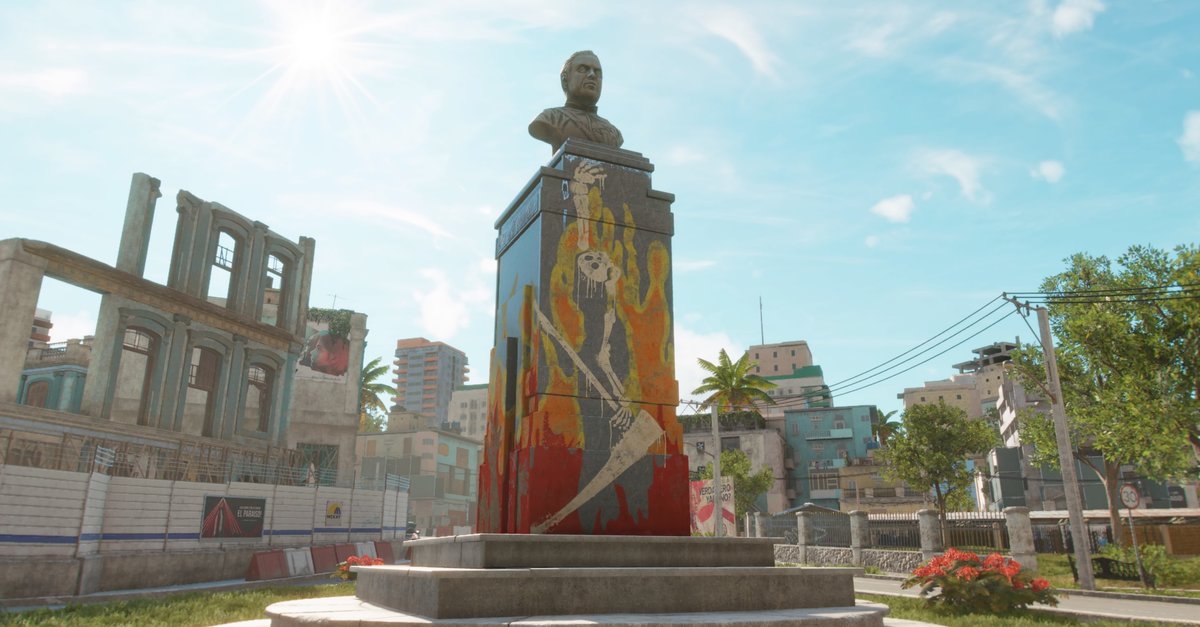 In Far Cry 6’s Yaranic story “Pounding the Wall” you are supposed to find 12 Gabriel statues in Esperanza and deface them. Since their locations are not marked on the map, we will show you all the locations in the video and on the map at this point.

Zenia Zayas in Esperanza will give you the side mission “Blowing the Wall” after completing her previous missions. She asks you to find the 12 Gabriel statues in Esperanza and deface them with graffiti.

In the following video we show you the locations of all 12 Gabriel statues so that you can quickly complete this mission:

The problem with this mission is that the Gabriel statues are not marked on the map. Only when you are in the immediate vicinity of the Gabriel busts will a yellow mission marker appear on the map.

The statues are all in and around Esperanza. 8 statues are on the street around the city center and 4 statues are within the high security area in the center of the city. To deface a statue, you have to stand in front of it and then press the square / X button so that it is smeared with graffiti.

Card with all Gabriel statues (blow on the plaster)

On the following map we have also marked the locations of all 12 Gabriel statues for you. In addition, we have drawn a route for you, how you can best walk it. In doing so, we will follow the order in the video above.

If you have defaced the last Gabriel statue, the side mission ends immediately. As a reward you get 100 XP for your rank, the talisman “Orange Color Pot” and Zenia joins you as Comandante. So from now on you can send her on bandido missions so that she can collect resources.

Are you still having problems finding certain Gabriel statues? Then write it to us in the comments and help each other too!