FaceTime is finally coming to Android, but for whom? - Free to Download APK And Games Online

FaceTime is finally coming to Android, but for whom? 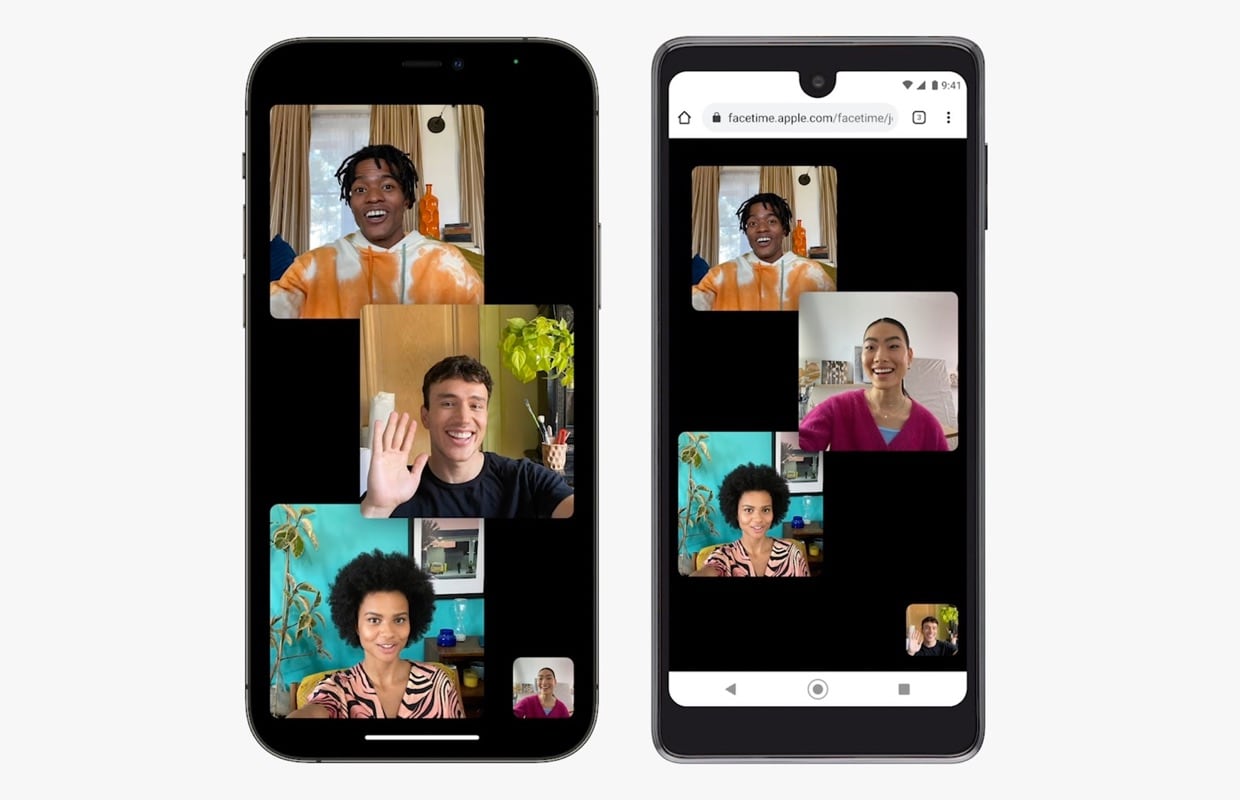 A historic moment: FaceTime is coming to Android and Windows. Apple’s previously exclusive video calling app will soon be available to everyone. But, you really shouldn’t want to do it to your Android friends to call with the FaceTime ‘app’ later.

Opinion: FaceTime in iOS 15 is coming too late

Apple is known for its secrecy. Once you buy an iPhone, you’re drowning further and further into Apple’s ecosystem. iOS simply works better with a Mac than a Windows laptop, and the AirTag tracker is really only recommended if you have an Apple phone.

However, the tide is starting to turn. Little by little, Apple is opening the gates to its kingdom. The most recent example is FaceTime. From iOS 15, the iPhone update that everyone can download later this year, Apple’s own video calling app comes to Android.

The Pros and Cons of FaceTime on Android

At least, that’s how Apple’s marketing department would describe it. In reality, it becomes possible to make FaceTime calls through a web browser. That way you can share a link to a group conversation with friends, who can then dial in from an Android phone, Windows laptop or any other device with a browser, microphone and camera.

On the one hand, this is positive news. FaceTime is a great way to make video calls, and Apple is a company that many people believe more in their privacy promises than companies like Google and Zoom.

On the other hand, Apple is very late with this switch. Video calling became incredibly popular in 2020 because the whole world had to stay at home as much as possible. Why didn’t Apple roll out this feature back then? By the time iOS 15 is available to everyone – this fall – many relaxations have (hopefully) already been implemented and there will be less need to talk to each other continuously via a screen.

Too little, too late

And besides, why is the switch from FaceTime to Android so flawed? For example, there is no FaceTime app coming out for Android. Instead, people with an Android phone have to tap a link sent to them by their Apple friends and then make a video call via the browser.

This solution would be labeled as revolutionary in 2015, but in 2021 it is nothing less than obsolete. After all, the whole world is used to slick apps for video calling – such as Zoom, Google Meet and Microsoft Teams. With these apps you don’t have to fiddle with links, but you can just video call directly with whomever you want.

In other words, I think it’s going to be very difficult to make FaceTime on Android a success. The gesture Apple makes is nice, but I don’t think it will work. Because let’s be honest: with all those alternatives available, why would you, as a group of friends or colleagues, start video calling via FaceTime?

The latest news about FaceTime: