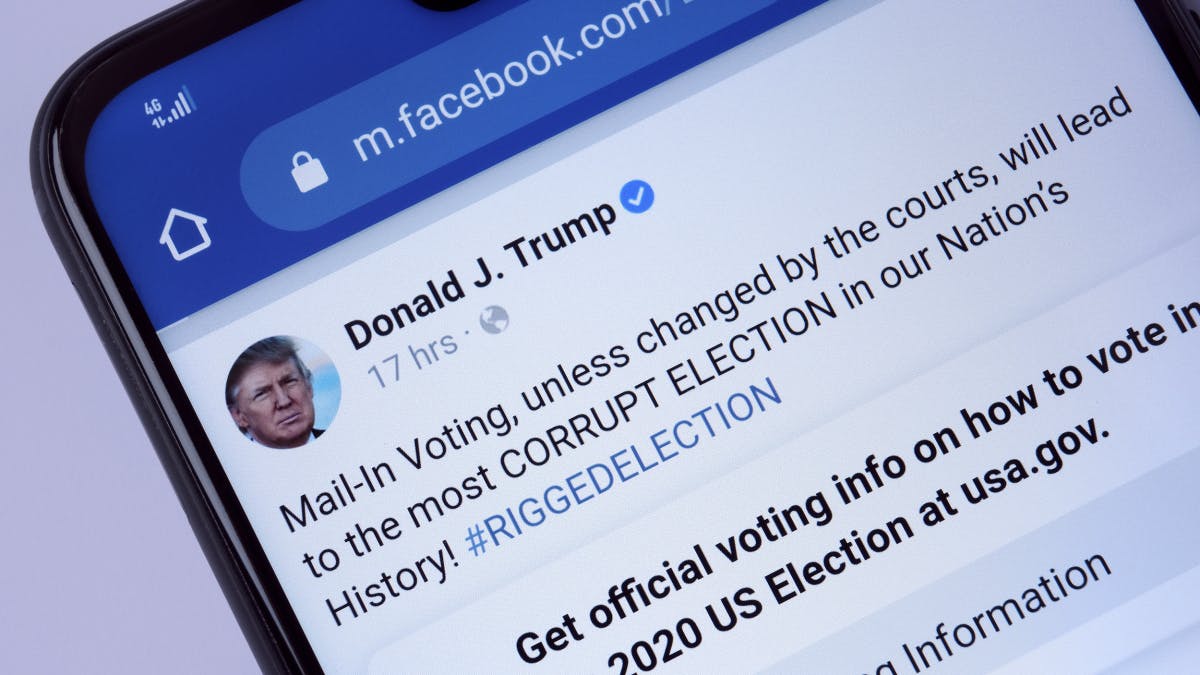 Facebook is tightening the rules for blocking people and removing special rights for politicians. In doing so, the Group is following the advice of the Oversight Board.

So far, certain exceptions have applied to politicians on Facebook. Your posts might stay on the platform even if they violated the guidelines. These special rights should now cease to exist, like Facebook notifies. The company is reacting to the decision of the oversight board to block Donald Trump.

The Oversight Board announced in early May that it supported the decision to ban ex-President Donald Trump. However, it had indicated that Facebook’s moderation rules do not allow unlimited blocking and that these rules would have to be revised.

In response, Facebook has now introduced a tiered model for serious policy violations. Depending on the severity of the violation, people can be banned for one month, six months, one year or two years.

For Donald Trump, Facebook applies the highest possible penalty. He should initially remain banned for two years. After that, Facebook wants to reassess the situation. If Facebook then still classifies Trump as a threat to public safety, he will remain banned. It is also possible to accept him again under certain conditions.

Also, the oversight board had the Rules for political leaders criticized. Up until now, Facebook had argued that citizens were particularly interested in what these people said and that critical content could therefore also be relevant.

The Oversight Board does not always consider this distinction to be sensible. When it comes to averting damage, news value is secondary.

Apparently Facebook followed this advice and now wants to apply the same rules for everyone. In addition, Facebook wants to make it transparent in the future if content remains on the platform because of its news value, even though it violates the guidelines.