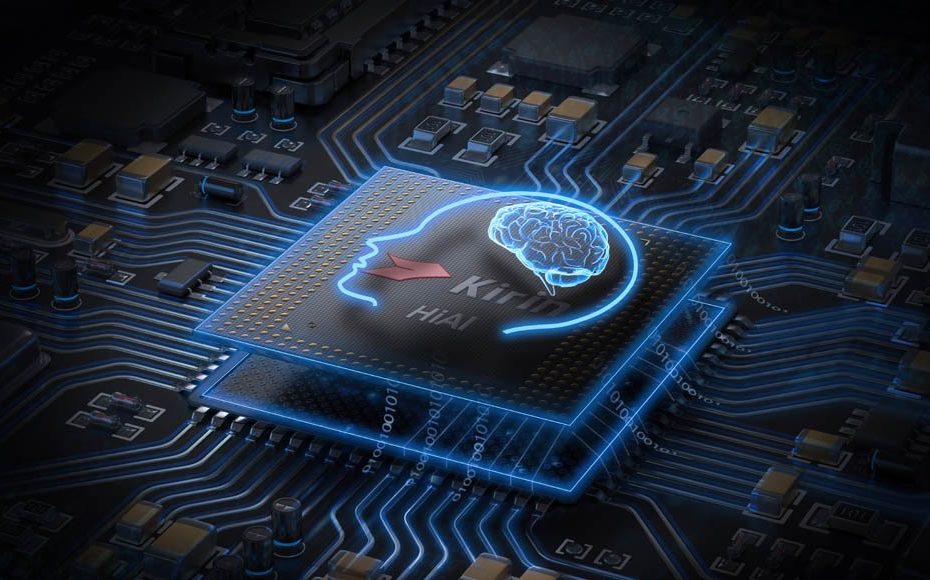 Recently, bags have been torn with top chipsets, and in a relatively short time, the flag chipsets of various manufacturers have seen the light of day. With today’s introduction of the Exynos 2100 processor, we also bring you a comparison of other flagship chipsets. Comparisons include Exynos 2100, Snapdragon 888, Kirin 9000 and Apple A14.

The Exynos 2100 chipset is currently the hottest new product. Compared to the Exynos 990 chipset, it offers up to 30 percent better performance that one core takes care of Cortex-X1, three cores Cortex-A78 and four cores Cortex-A55. GPU increases graphics performance by up to 40 percent Mali-G78 with 14 cores. Of course there is support for 5G network with download speeds up to 7.35 Gb / s in the mmWave network a 5.1 Gb / s sub-6 network. There is also a three-core NPU and LPDDR5 RAM support. The new ISP (Image Signal Processor) can be connected to six separate sensors and process data from four of them simultaneously. The first smartphone that the new Exynos will be proud of will be the Samsung Galaxy S21.

Another interesting flag chipset is the Snapdragon 888. Like the above-mentioned Exynos, this chipset is made with 5 nm Samsung EUV technology. It also offers the same type composition of cores, ie once Cortex-X1, three times Cortex-A78 and four times Cortex-A55, however, they will differ slightly at a lower rate. Not only in games, the graphics accelerator is in charge of graphics performance Adreno 660, whose performance is enhanced by the third generation of the Snapdragon Elite Gaming feature. There is also support for 5G networks thanks to the integrated modem Snapdragon X60, with download speeds up to 7,5 Gb/s. The upload speed in this case is 3 Gb/s. The use of Snapdragon 888 has already been confirmed by 14 manufacturers, including Xiaomi with its Mi 11 model, OnePlus, ZTE, Motorola and others.

The Kirin 9000 was the first 5 nm chipset with an integrated 5G modem, and after the Apple A14 Bionic mentioned below, it is second among chipsets made by the 5 nm process as such. In the case of the 5G modem, according to the information on the androidpolice.com portal, it is a Balong 5000, with a download speed of up to 7,5 Gb/s and upload speed 3,5 Gb/s. The processor also consists of eight cores, namely one Cortex-A77 with frequency 3,13 GHz, three Cortex-A77 with frequency 2,54 GHz and four Cortex-A55 with frequency 2,05 GHz. The chipset has a graphics core Mali-G78 with 24 cores. There is also a less powerful version of this chipset from Huawei, namely the Kirin 9000E, which is used, for example, in the cheaper model of the Mate 40 series.

The Apple A14 Bionic is Apple’s most powerful chipset, used in the latest Apple iPhone 12 and MacBook models. Unlike other smartphones, the processor consists of only six cores, two large ones, called Firestorm and four small, energy-efficient ones called Icestorm. The GPU has four cores for graphics performance. The AI ​​in the Apple A14 chipset boasts a value of 11 TOPS (trillion operations per second), which is 83 percent more than the A13. Unlike the other mentioned chipsets, the A14 differs in the 5G modem. We’ll find an older one Snapdragon X55which is not integrated in the chipset and reaches a download speed 7,5 Gb/s. 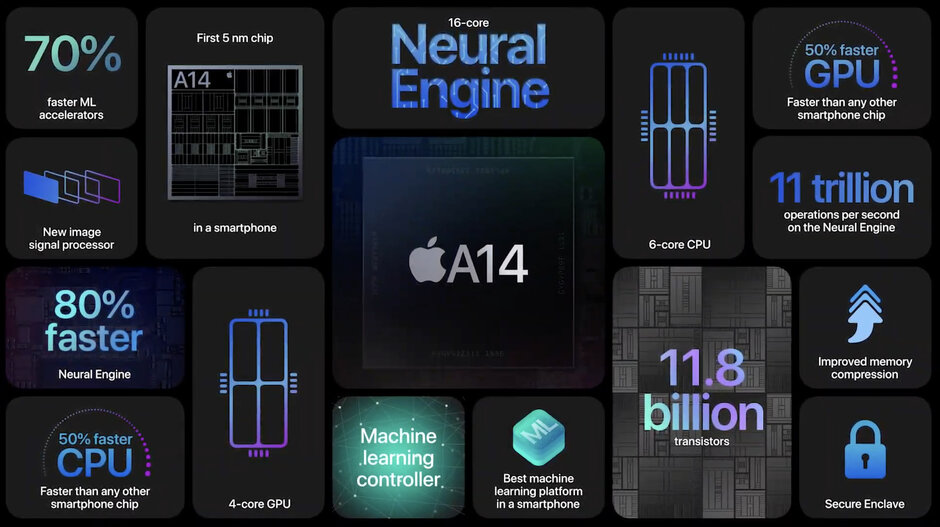 Specifications of the chipsets being compared