even more payments despite lockdowns

Payment app Tikkie has grown even further in the past year. This despite the lockdowns we’ve had here. However, the use of Tikkie cannot be ignored in daily life, it turns out.

In 2020, Tikkie has grown further, if this is compared to last year. Where last year a total of 2.6 billion euros was settled with the ABN Amro payment app, that was 3.4 billion euros last year. At the time, the service mainly benefited from the catering industry, where people shared the costs for a dinner on a large scale. This became clear from the descriptions for the Tikkies.

This year, the words ‘cafe’ and ‘restaurant’ were used much less often. This is mainly due to the two lockdowns we had in the Netherlands. We do still use Tikkie a lot for delivery meals this year, according to Trouw. Requests were also sent to pay for groceries. Furthermore, the descriptions stood out; puzzles, plants and masks.

There are now six million active users for Tikkie. The application is free to use. The main goal of Tikkie is to cover costs, profit is not yet made. The income comes from, among other things, business applications for catering entrepreneurs, for example. 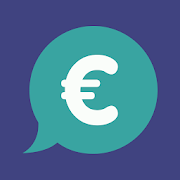