ESET Campus: The new headquarters of an antivirus company in Bratislava 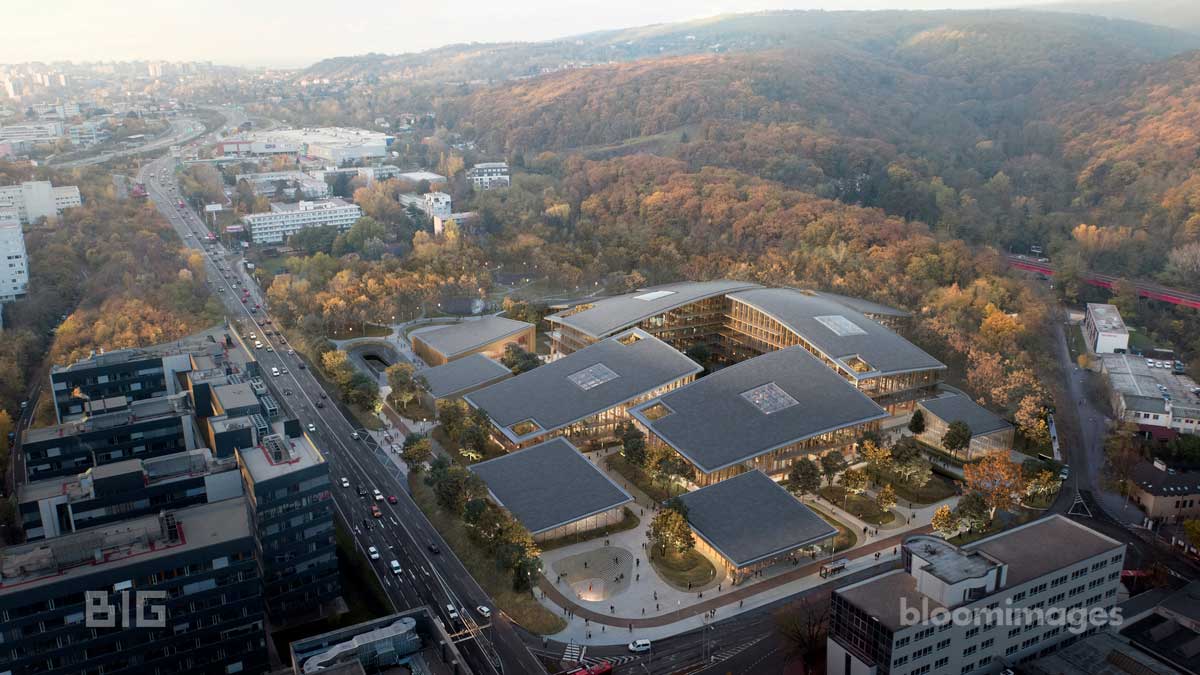 ESET has unveiled grand plans for a new ESET Campus headquarters in Bratislava. It is the result of two years of cooperation between ESET and BIG-Bjarke Ingels Group. The BIG-Bjarke Ingels Group is a renowned international company of architects, urban planners, landscape architects, interior and product designers, researchers and innovators. The source is ESET’s press release.

ESET Campus: New headquarters with regard to the surrounding environment

ESET Campus will turn Bratislava’s Patron Saint beyond recognition in a few years. It will be the epicenter of development, innovation, science and research. It was designed with respect for the surroundings – it fits nicely into the Železná studnička forest park. The environmental design, flexibility and carbon neutrality of the buildings were also goals in the design of the campus.

ESET also wants to use its new headquarters to connect innovative companies with universities. It wanted to achieve a connection between science, research, innovation and technology.

“Since its inception, ESET has been based on its own research, innovation and cutting-edge science. They have enabled us to succeed in the global market and become a world leader in cyber security. It is important for us that ESET CAMPUS also expresses these attributes. Of course, we want world design, but we would also like to use the latest scientific knowledge in the field of architecture and the environment. We also have ambitions to make it as carbon neutral as possible. Our goal is to make ESET CAMPUS an attractive place for the best talents to come and stay working in Slovakia, “ ESET CEO Richard Marko speaks of the campus idea.

ESET plans to set up an ESET Campus on the site of an abandoned Military Hospital. It is supposed to be a living place that will turn this part of the city into an epicenter of creativity in Bratislava. The 55,000-square-meter campus will provide a wide range of facilities, quality common areas and, in part, co-living spaces. The campus will also include an auditorium or sports infrastructure, also available to the general public.

Since the complex is adjacent to the forest park, it was designed to fit naturally into the surrounding terrain. There will be green islands between the buildings and access from Mokrohájska Street will be through dense greenery.

In addition, the whole complex is divided to look more pleasant and open. There will thus be a number of independent buildings on the site, with buildings accessible to the public from the outside and, more deeply, inside the whole will be ESET buildings to which access is controlled.

ESET workspaces have offices and workspaces designed across two floors. This is the case for future growth, when a company would need more offices or meetings.

In addition, the architects are designing prototypes of meeting rooms and offices, which employees will try or modify according to their needs.

ESET Campus has the ambition to become a carbon-neutral complex of buildings. It was all designed to be able to generate enough energy for its operation and also thinks about renewable energy sources. The construction and selection of the complex materials themselves correspond to this.

Be careful, don’t buy from this e-shop if you don’t want to lose money