EA are preparing another Star Wars game, the collaboration does not end -apkrig 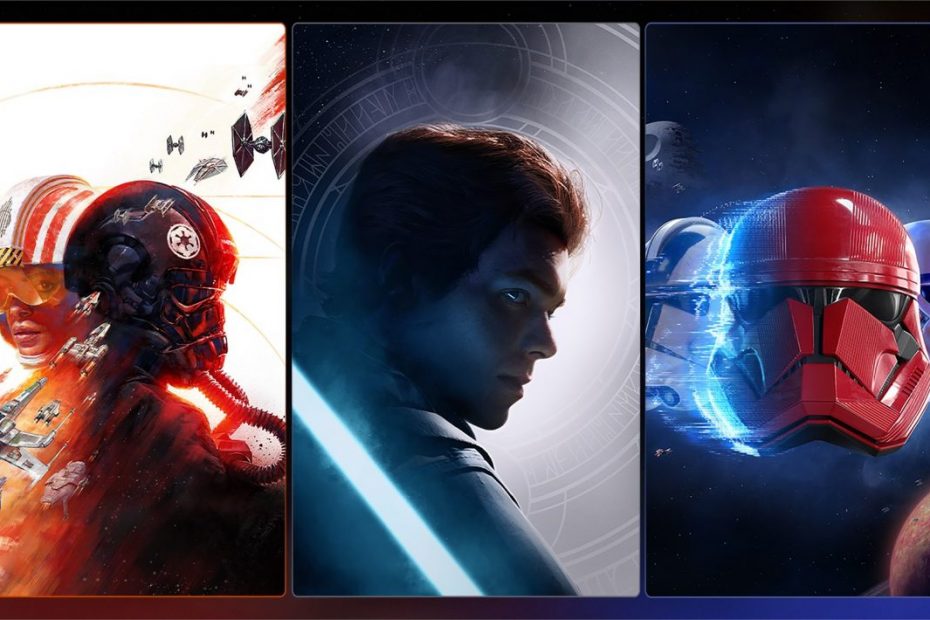 Despite Lucasfilm’s and EA’s exclusive partnership ending, Electronic Arts will continue to create Star Wars games. In an interview with StarWars.com, Lucasfilm Games Vice President Douglas Reilly said EA will continue to play an important role in the future of Star Wars games. He recalled that the relationship had revived the Battlefront series and created successful games such as Star Wars Jedi: Fallen Order and Star Wars: Squadrons. “We’re really proud of the titles we created with EA,” said Reilly. “We’ll continue to work with them. The relationship has never been stronger,” he said, perhaps in an effort to dispel doubts as to whether Lucasfilm was happy with EA’s games.

Lucasfilm’s gaming division is here to help with these ideas, assess them and correct them.

According to Reilly, they can’t reveal more now, but they have several projects in preparation in cooperation with EA teams. Lucasfilm Games will continue to monitor them from the perspective of the entire brand to ensure that they are authentic and follow the whole saga. The gaming division is here to help with these ideas, assess them and correct them. However, it can also mediate contact with other departments of Lucasfilm and The Walt Disney Company. This should make the resulting games even better.

An EA spokesman spoke similarly for VGC magazine. “We are proud to work with Lucasfilm Games, which will continue in the years to come,” he said, recalling games such as Star Wars Jedi: Fallen Order, Star Wars: Battlefront and Battlefront II, Star Wars: Galaxy of Heroes and Star Wars: Squadrons. . EA then wrote on Twitter, for example, that they love Star Wars, that their collaboration with Lucasfilm continues, and that they make other titles set in the Star Wars universe.

The fact that EA will no longer be the only one to have access to Star Wars does not necessarily mean that Disney was dissatisfied with their quality. After all, both companies have expressed affection in the past, even though the titles have faced criticism from fans. But it is undoubtedly a positive signal that other authors will join the Star Wars. And it’s far from just Ubisoft. It would be great if smaller teams could implement their ideas. But time will tell.

Lucasfilm Games Vice President Douglas Reilly further indicated in an interview with StarWars.com that they have a lot of work in progress to share with the fans, as they have been quietly preparing these ideas and preparing for the moment. Lucasfilm Games opens the door to other developers and looks forward to working with the best teams that can make great games according to their brands.

At Lucasfilm Games, a team of professionals is prepared, according to Reilly, to help developers, shape their stories and visions. In order for the resulting titles to appeal to as many fans as possible across different genres and platforms. The first to arrive is the story open world from Ubisoft and the Massive studio, which is based in Malmö, Sweden. Lucasfilm is said to be enthusiastic about working with this team and they have been in contact for about a year. According to Reilly, he is a big fan of the Massive studio from the project, he is excited because its authors have a unique vision.

Ubisoft, on the other hand, “had to” make sure that the new open world Star Wars game from the Massive studio does not threaten the unfinished Avatar. Team boss David Polfeldt said they were big enough to handle more AAA projects at the same time. Avatar fans don’t have to worry about anything. According to Polfeldt, they have been preparing for this moment for a long time, and because all teams use the Snowdrop engine, projects can benefit from this. They are also constantly expanding their ranks with new colleagues.

Reilly praises the opportunity to work with Todd Howard as executive producer for the game. He is said to have a unique vision and a unique west for Indiana Jones.

According to Reilly, all this is just the beginning of the renewed Lucasfilm Games brand. It is said to be the culmination of several years of preparations. They have a team and are ready to deliver a lot of great games to the fans, says Reilly. We can reportedly expect more announcements and projects that will reflect the legacy of the old Lucasfilm Games. Of course, Lucasfilm Games Vice President Douglas Reilly did not forget to mention Indiana Jones in an interview with StarWars.com. He reportedly wanted to make a new Indiana Jones for a long time, but they didn’t have the right partner and idea.

Of course, he came across a newly announced adventure from another Swedish studio, MachineGames and Bethesda. Reilly praises the opportunity to work with Todd Howard as the executive producer of the game. He is said to have a unique vision and a unique west for Indiana Jones. According to Reilly, the story and concept that Bethesda offered is amazing and can’t wait to share it. According to Reilly, he loves Star Wars and making Star Wars games, but it’s been a really long time since they’ve done Indy, which makes him even happier. All this is said to be just the beginning of a very exciting year for Lucasfilm Games, so let’s be surprised what they are up to.