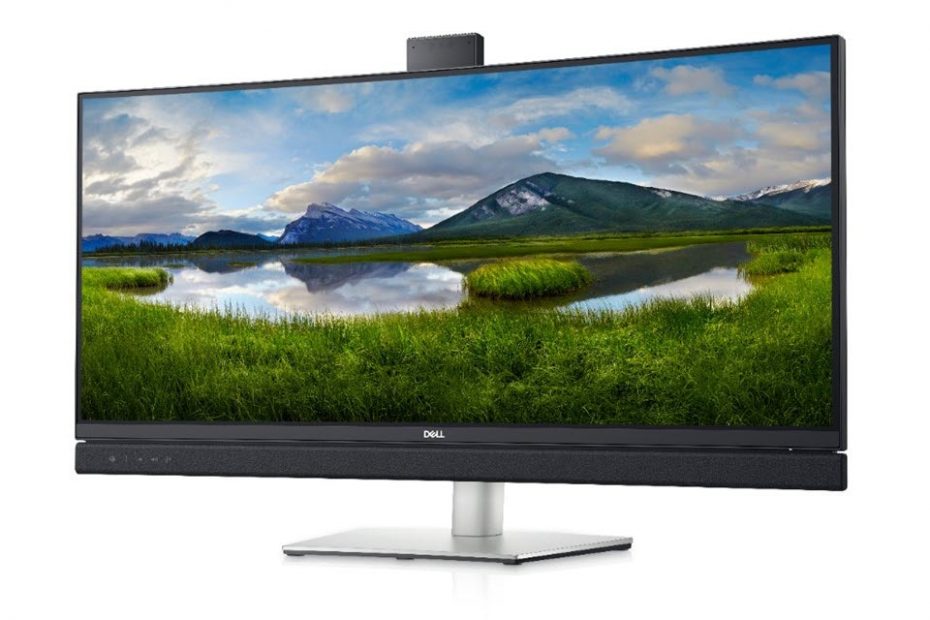 Dell today announced three monitors specifically designed for video conferencing. They have a retractable camera as well as a microphone, speakers and a button for Microsoft Teams.

The three new Dell monitors C2422HE, C2722DE and C3422WE with 24, 27 and 34 inches serve a target group that at least did not exist in this size before the corona crisis. Because the three new products are specialists in the now omnipresent video conferences.

New skill: Participate in video conferences or even start them

Since almost every office worker is now forced to participate in remote conferences, but not everyone can do more than properly use their workstation computer, Dell has apparently resolved to lower the thresholds for access to video conferences as much as possible.

The new display specialists from the US computer manufacturer are therefore kept as simple and as complete as possible, so that even those less tech-savvy can take part in conferences without any problems.

A built-in five-megapixel camera is included in the scope of delivery. It can be pulled up out of the monitor housing at the start of a conference and then back in at the end. This is done manually by pressing the module, i.e. mechanically. A motor is not installed.

This ensures that nobody goes unnoticed. The module is not only obstructed from view after being pushed in, but is then deactivated according to Dell. The camera also understands infrared and can also be used as a login solution with Windows Hello.

A noise-canceling microphone and two speakers with five watts of power are also integrated in the monitor. This means that additional hardware should be superfluous.

In order to be able to start and end the video conference easily, the Dell monitors are equipped with a dedicated button for the popular team communication solution Microsoft Teams. Other software can of course also be used – then not at the push of a button.

All three models have an HDMI, a display port, a USB-C and a LAN connection (RJ45). The USB-C port can be used as a power delivery connection to charge the connected notebook if it has a USB-C charging port.

The monitors can be adjusted in height, tilted and rotated. The two smaller models allow rotation up to the pivot position, i.e. 90 degrees. The largest representative does not offer enough height for this.

In addition to the similarities, there are also differences between the models. They essentially concern the screen diagonal and the resolution, but show one or the other special feature in detail.

This is how the three devices differ

On the other hand, Dell uses a curved UWQHD panel with a resolution of 3,440 × 1,440 pixels for the 34-inch monitor C3422WE. The C3422WE also offers picture-by-picture (PBP) and picture-in-picture (PIP). A built-in KVM switch allows switching from a mouse and keyboard connected to the monitor to two systems.

The manufacturer plans to launch all three models from February 16, 2021 – initially in the USA. The recommended retail price there is around $ 520 for the 24-inch monitor and around $ 720 for the 27-inch model C2722DE. The curved 37-inch model is significantly higher at around $ 1,150. Dell has not revealed when and at what prices the monitors will come to Europe.