DAZN is increasing its prices again 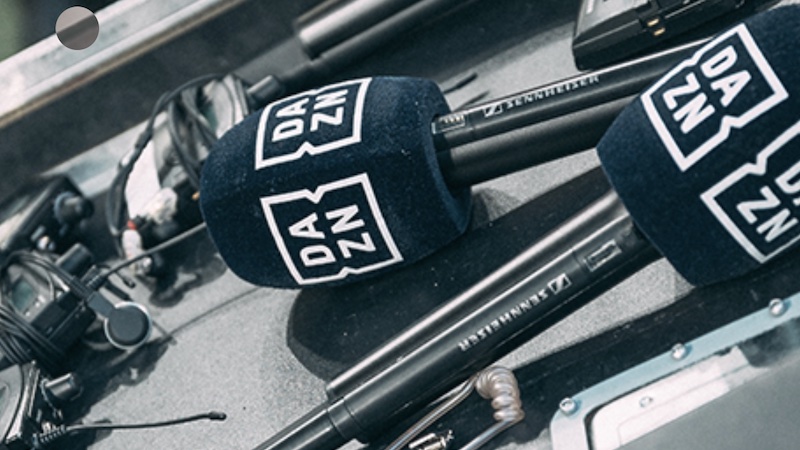 DAZN has increased the price of its monthly cancellable subscription, which grants access to all content. Instead of 29.99 euros, 39.99 euros will be charged in the future. This is the third price increase in a year and a half. In addition, the company introduces a cheap tariff and takes action against account sharing.

The sports streaming service DAZN has massively increased its prices in the past year – almost doubling. But what initially only applied to new customers has also affected existing customers since August 2022. Since then, all users have had to pay EUR 29.99 instead of EUR 14.99 for the monthly cancellable DAZN subscription.

This recently called the Federation of Consumer Organizations (VZBV) onto the scene, which considers the price increase for existing customers to be illegal. The reason is therefore the price increase clause in the DAZN contracts, which is opaque and therefore ineffective.

The VZBV is therefore currently looking for those affected in order to start a class action lawsuit. This way they should get their money back. But while it is still unclear whether the initiative will be successful, DAZN is increasing its prices again. This is from a new one Subscription Guide of the company.

In it, the sports streaming service presents a new tariff model. New customers can therefore choose from five different packages. These in turn are based on three different subscription models that can be canceled on a monthly basis. There is also the option of taking out two of the three tariffs as an annual subscription.

World, Standard and Unlimited: These are the new DAZN packages

The new DAZN packages contain a different number of sports. Only one of the tariffs allows access to all content. The previous DAZN subscription with full access cost 29.99 euros per month. From now on, however, the tariff with a similar volume of services will be called DAZN Unlimited.

The sticking point: As a monthly subscription, the package costs 39.99 euros and thus ten euros more. The only difference: The “new” tariff allows the registration of up to six devices. Previously, the subscription was limited to five devices. As before, DAZN Unlimited enables parallel streaming on two devices at the same time.

Annual subscription costs DAZN Unlimited again 29.99 euros – as much as the monthly cancellable subscription before. Another sticking point: Previously, the DAZN annual subscription only cost 24.99 euros per month. So the company is increasing the price here too – by five euros.

The tariffs DAZN standard and DAZN World are new. Both are slimmed down versions that contain less content. For example, the standard subscription does not include darts, handball and tennis. Channels like Eurosport are also missing. The tariff is aimed entirely at football fans.

Cost point: EUR 24.99 per month for an annual subscription and EUR 29.99 for a monthly subscription. Meanwhile, the DAZN standard does not allow parallel streams and registration on a maximum of three devices at the same time. At the tariff DAZN World this is again the smallest package.

It includes top international sports such as football, handball, darts and tennis, as well as channels such as Eurosport. However, the Friday and Sunday games of the Bundesliga are missing. As with the standard subscription, no parallel streams are possible. The maximum number of supported devices is also three. Cost: 9.99 euros in a monthly cancelable subscription.

New DAZN tariffs and prices only apply to new customers

According to DAZN, the new tariffs and prices only apply to new customers. Nothing would change for existing customers as long as they keep their previous subscription active. You would automatically get the DAZN Unlimited package. However, it is at least questionable whether the prices for existing customers will remain the same as before.

Because after the price increase for new customers last year, DAZN also raised the prices for existing customers a few months later. So-called account sharing is also a thorn in the side of the company. The terms of use state:

If your paid membership does not expressly provide otherwise during the registration process, your user account including your password is only valid for you personally and may not be shared with other people or made accessible to them.