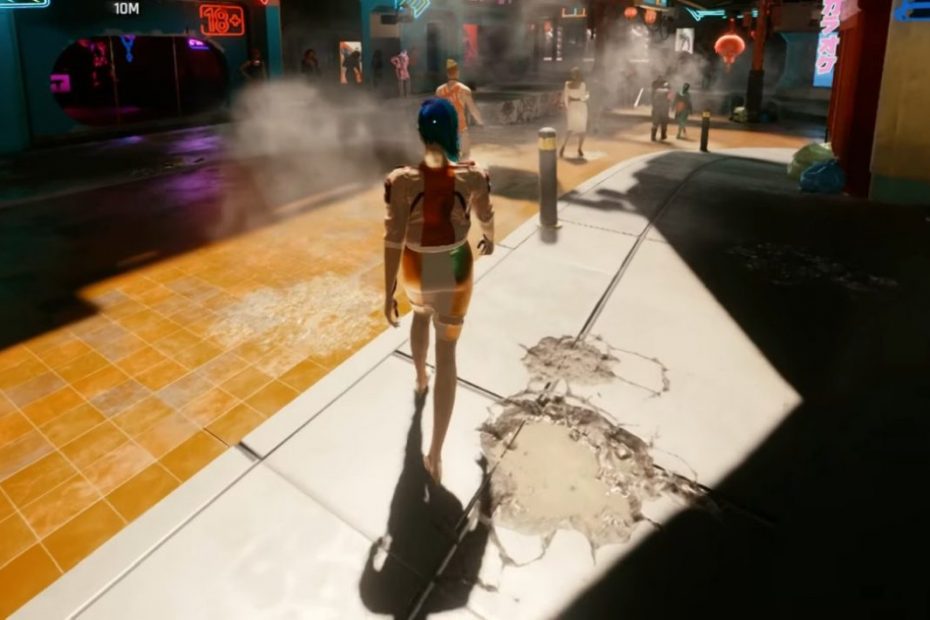 When we chose the most interesting modifications for Cyberpunk 2077 before Christmas, we were especially interested in the first attempts to “switch” the camera to 3rd person mode. The player, nicknamed Cineagle, boasted a short video on YouTube of a few shots of his work in progress, which has garnered more than half a million views to date. Unfortunately, he did not finish the work over the holidays, so another enthusiast – Jelle Bakker – took the initiative. On the Nexus Mods portal, it offered a downloadable functional modification that actually allows you to switch views from the first to the third person, but at least for now, it is not without errors and it is likely that the FOV rate may not fit all players completely.

As you probably understand, the modification can only be installed on a PC and before downloading you have to choose between a female and a male model, depending on who you play for. The installation itself then requires an intermediate step in the form of the implementation of the Cyber ​​Engine Tweaks mode, which is also available on the Nexus Mods portal. If you manage everything according to the short instructions, you will be able to call up the 3rd person camera by pressing the “B” button, or change the four pre-prepared viewing angles one by one. The fact remains, however, that Cyberpunk 2077 originated as a first person affair, so the movement of the character is not completely smooth and there are other unwanted glitches. Also, the distortion and emotional rounding of the whole view due to the value of the FOV does not make a very satisfying impression, and from every second of the attached video, you can feel that it is not a natural form of the game.

Problems with the 3rd person look are created by some specific combinations of clothing, for example the Samurai jacket with a high collar is mentioned.

There are also some bugs that plague the game without any modifications, especially the disappearance of the main protagonist’s hair, or the complete disappearance of the head. This is because it is deactivated in the basic first person view and appears only while driving in a vehicle or in front of a mirror. However, there are also problems with some specific clothing combinations – such as the high-collar Samurai jacket – and the aforementioned car and motorcycle steering, in which the camera does not switch to the native 3rd person view from the developers, but remains in the modified mode.

However, if you are attracted by the modification, despite the listed shortcomings, start experimenting with pleasure. The file itself is only 1 kB, if we do not count approximately 2MB Cyber ​​Engine Tweaks. And of course – don’t forget to back up your saved positions before using the mode.