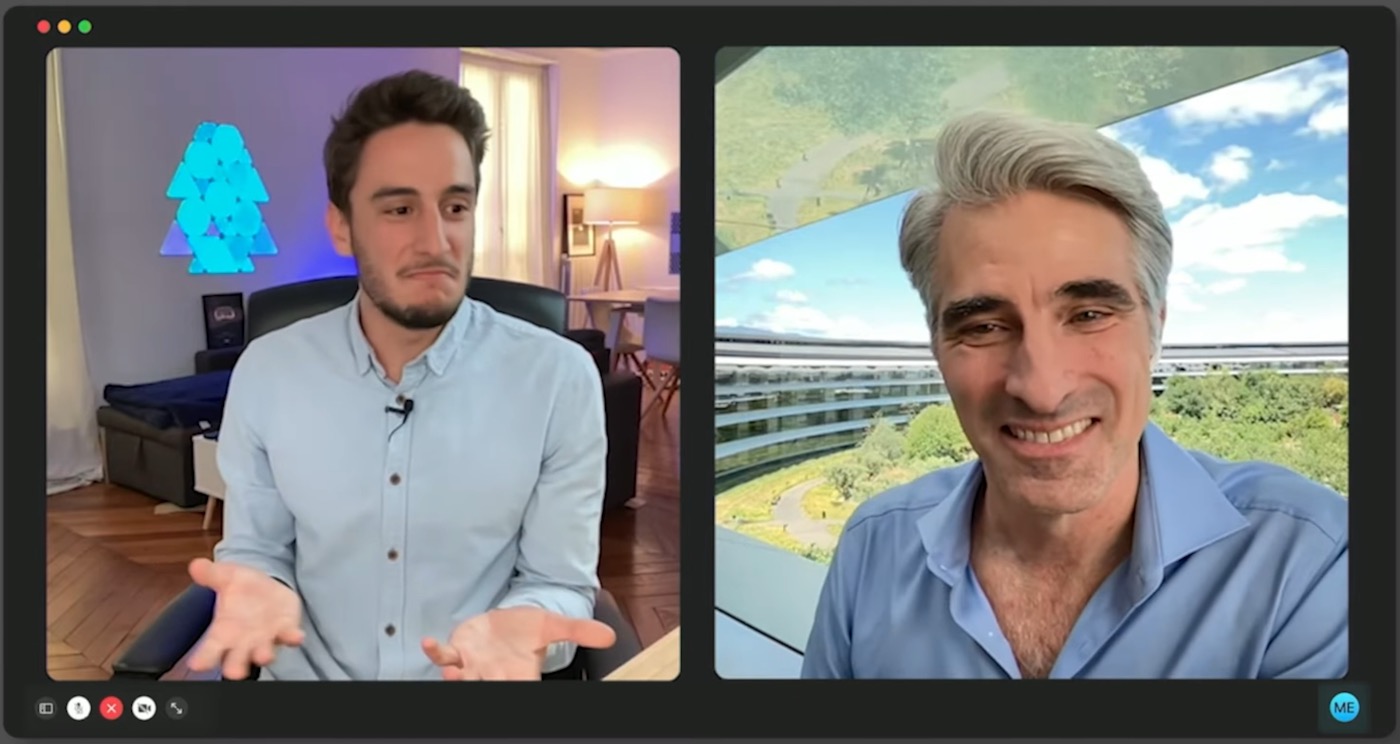 Craig Federighi, Apple’s vice president for iOS and macOS, gave interviews via FaceTime to several YouTubers to discuss the WWDC announcements. This mostly focuses on iOS 15 and macOS Monterey, unsurprisingly.

French YouTuber TheiCollection focused on macOS Monterey. He and Craig Federighi talked about Universal Control, a new feature that allows a single keyboard and mouse / trackpad to be used on multiple Macs and iPads to switch between them seamlessly. It is even possible to transfer files from one device to another. Here, the manager of Apple explains that he is happy that the universal control is easy to use, since it does not require any configuration by the user. “It was fun to set up”, did he declare.

Andru Edwards, an American YouTuber, was also able to chat with Craig Federighi. He notes that iOS 15, iPadOS 15, and macOS Monterey go well together with features like SharePlay in FaceTime and Shared with you in the Messages app. “We have so many ideas that come up over time, over the years. And then comes a point where we can suddenly relate them all in a meaningful way and they’re perfect right now, and we go for it. This year has been one of those occasions ”, said the executive. He adds that Apple likes to work thematically and build systems that work well with each other.

For her part, the American YouTuber TechMeOut asked Craig Federighi which iOS 15 feature excites her the most. He replied SharePlay.