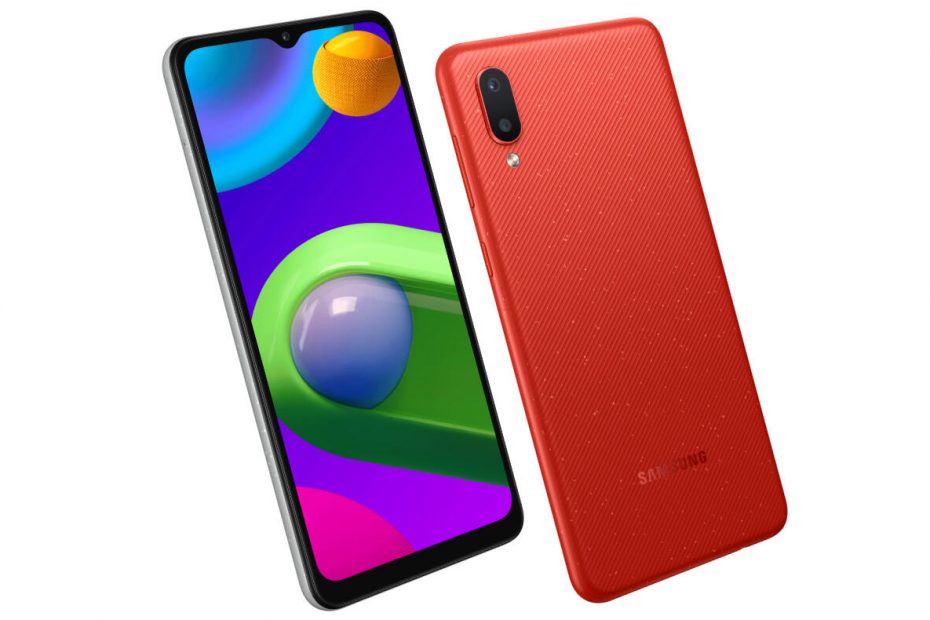 Last month, we saw the introduction of the Galaxy M02s model, which now gets an even cheaper version. The Samsung Galaxy M02 phone was introduced, which is aimed at undemanding users. However, it will please with a large 6.5-inch display and also a battery with an above-average capacity of 5000 mAh. What are the other features of this phone? The price of the new phone clearly shows that it is a direct competitor to the popular Xiaomi Redmi 9A model.

Samsung Galaxy M02 introduced as a competition Redmi 9A

The display itself falls into the “Infinity-V” category, which means that it has a cut-out for a selfie camera. The 5 MPx camera is hidden in the cutout. Given the low price of the Galaxy M02, it’s no big surprise that Samsung uses “only” HD + resolution. At the back is located dual camera with 13 and 2 MPx. In addition to the classic wide-angle camera, it is also a macro camera. There is also an LED flash.

The performance of the Samsung Galaxy M02 phone is in charge of the MediaTek MT6739W chipset, which complements 2 or 3 GB of RAM. The user has it available 32GB storage, which can fortunately be expanded with microSD cards up to 1 TB. It runs straight out of the box on Android 10 and the One UI extension. Unfortunately, an older microUSB connector is used for charging or data transfer. At least a 3.5mm audio connector will please.

The phone is starting to be sold in Asia in black, gray, blue or red. And for the price of 6999 INR, v recalculation for about 2 thousand CZK. Samsung is trying to offer direct competition to the Redmi 9A phone.

Would you prefer Samsung Galaxy M02 to Xiaomi Redmi 9A?