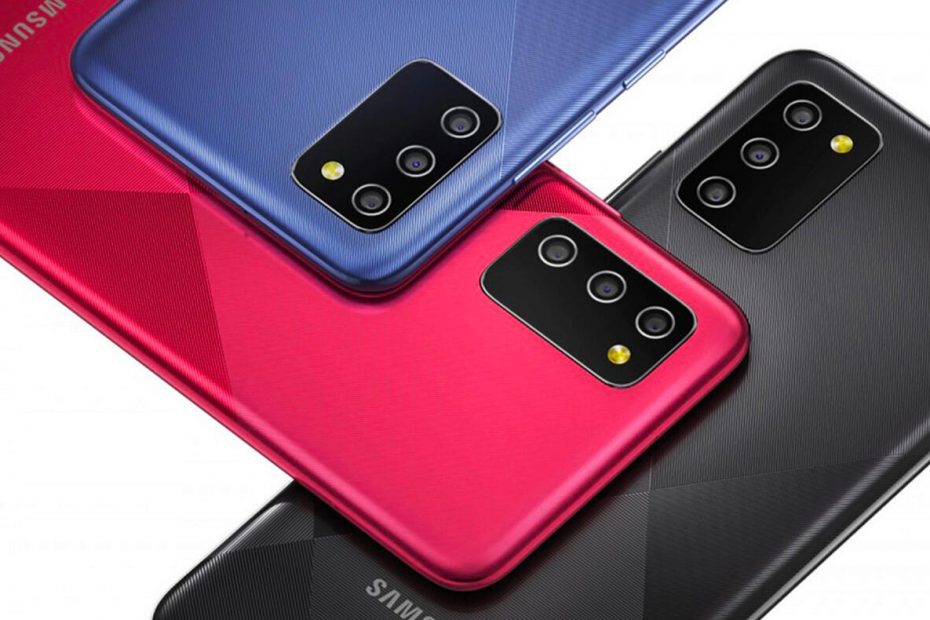 Samsung has officially introduced a new phone Galaxy M02. It attracts with its price, but also with a large battery. It is starting to sell in India, but is expected to come to other countries as well. So let’s imagine it.

The front covers 6.5 ″ Infinity-V LCD display with HD + resolution and a teardrop-shaped cut-out where the 5 MPx selfie camera is located. On the back we find a module with three sensors, while the main one has a resolution of 13 MPx. There is also a pair of 2 MPx sensors, one macro and the other depth. An extra powerful chipset is ticking under the hood. It is about Snapdragon 450, which was introduced more than three years ago, but is obviously enough for lower – middle – class phones. They’re second to him 3 or 4 GB of RAM and 32/64 GB of storage.

On the contrary, the battery that has the capacity is interesting 5,000 mAh and supports 15 W charging. There is also support for DualSIM, Bluetooth 5.0 and audio jacks. The system is then Android 10 with a superstructure One UI, however, the exact designation was not provided by the manufacturer. The phone will be available in black, blue and red and we will pay INR 8,999 for the basic variant, which is about 2,600 crowns without tax.