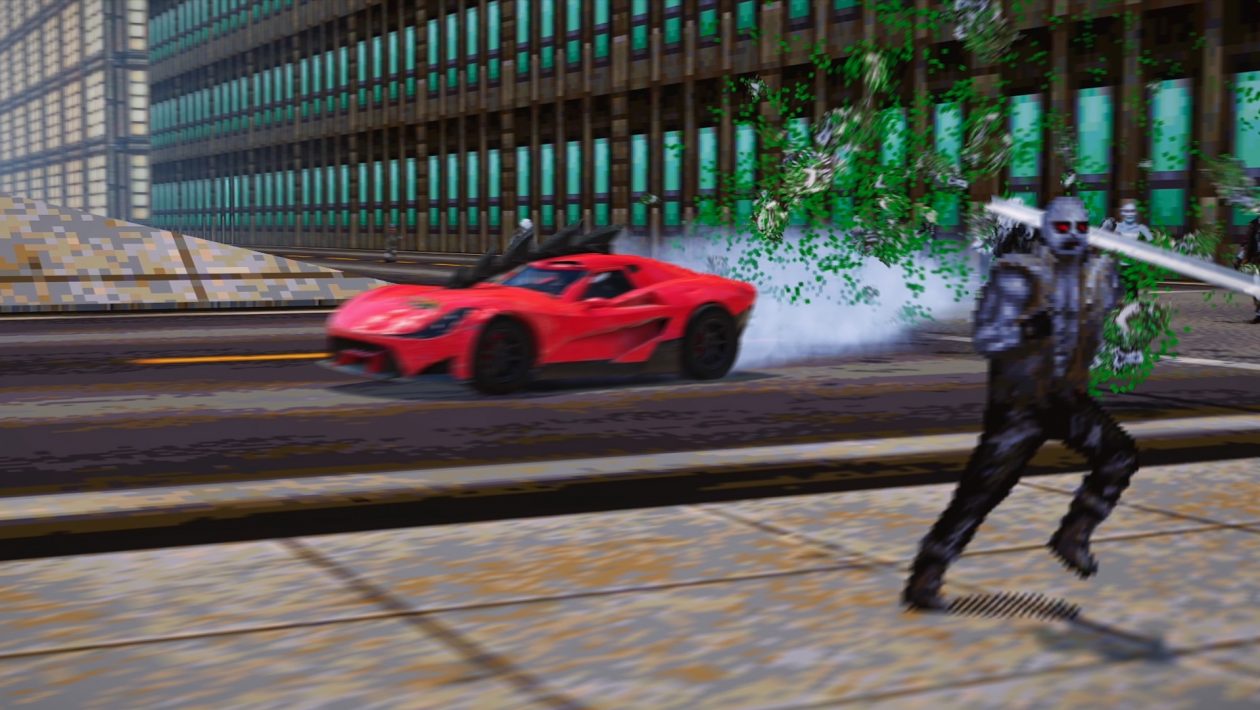 So you probably didn’t expect this crossover. This is how Carmageddon and Wreckfest end up under one roof. Specifically under the gigantic roof of THQ Nordic. The racing game from Bugbear Entertainment studio received a new free update inspired by Carmageddon.

The new tournament comes into play today, right on all platforms at the same time. According to the publisher, players can take part in two races on Bleak City and Devil’s Canyon and unlock the Eagle R car from Carmageddon: Max Damage.

What do we need more than to smash into opponents and zombies in fast cars?

In the Carnage Accumulator in Bleak City, players are free to travel around the map and have three minutes to earn as many points by breaking into other cars and zombies. Death Race mode then speaks for itself. Players on the Bleak City and Devil’s Canyon tracks race from checkpoint to checkpoint, trying to cause as much chaos as possible along the way.

The authors themselves say that this is a bond born in hell. What do we need more than to smash into opponents and zombies in fast cars? According to the authors, these games are made for themselves and have something in common. That’s why Carmageddon comes to life through a new tournament at Wreckfest. Put together everything that stands in your way and join the ranking of the best, calls THQ Nordic. Although I’m a little confused that he talks about Bleak City once and Bleck City another time. Similarly, official materials seem to confuse Death Canyon and Devil’s Canyon.

Update: The developers of Wreckfest still professed their enthusiasm in the official forum of the game. If, according to them, there is a game that perfectly mixed racing and destruction (apart from black humor), it is the original Carmageddon and its sequel. When they were offered the opportunity to get some Carmageddon into their own game, they didn’t hesitate for a moment, they said. And this is the result. Pixelated nineties almost a classic.

The original message continues: Wreckfest is available on PC, PS4, PS5, Xbox One and Xbox Series. We can only hope that this crossover is just the vanguard of the announcement of the official sequel to Carmageddon.