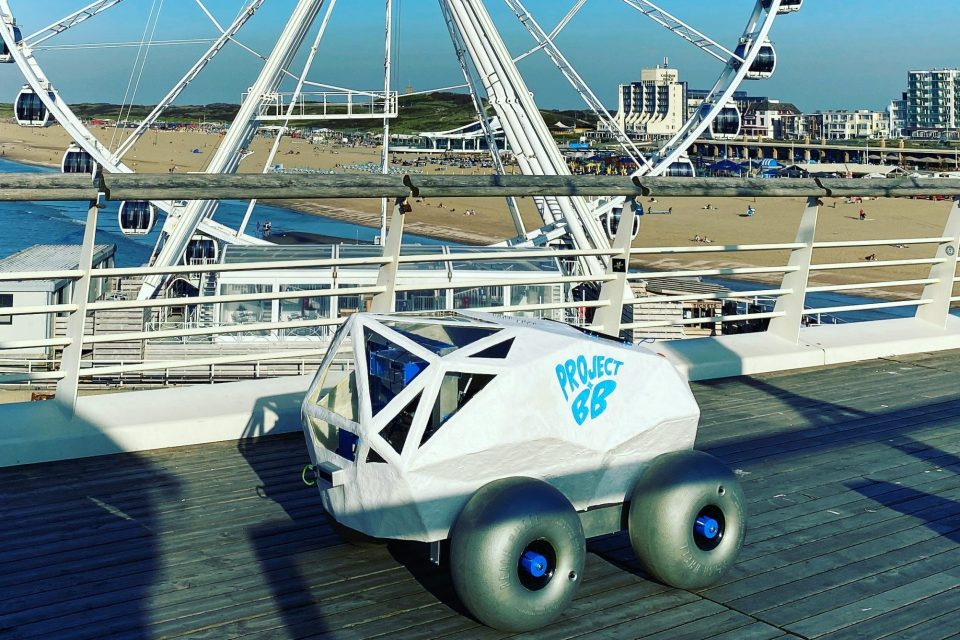 The Dutch startup Techtics has developed a robot that independently picks up garbage from the beach. The Beachbot project is supported by the Microsoft app Trove.

About a year ago Microsoft launched the Trove app, which serves as a platform for networking photographers and AI developers. Photos of objects or people are used in artificial intelligence training. At Trove, the people who provide the photos are supposed to be paid to do so. The app was also used for the Beachbot, a robot developed by the Dutch startup Techtics, which is supposed to ensure more cleanliness on the beach.

“The system learns to look at images, much like a child first sees an object,” says Christian Liensberger, senior program manager for Microsoft’s Trove project. Thanks to appropriately trained AI and the built-in cameras the Beachbot recognizes cigarette buttswhich he then picks up with the help of extendable gripper arms. In this way, the cigarette remains end up in a container on board the robot vehicle, which thanks to its four balloon tires can move easily on fine beach sand. The Beachbot team will dispose of the collected rubbish after a successful patrol trip.

The battery-operated prototype currently has an operating time of one hour. In a first major test run, he collected ten cigarette butts within 30 minutes. The 80 centimeter large beach bot could also soon receive support from two smaller supplementary bots, which should only be responsible for finding cigarette remains and corresponding information to the large robot. By the way, the aim is to make the robots autonomous by using solar energy from Techtics. In the future, the robots will also find other rubbish than just cigarette butts.

The AI ​​developers rely on thousands more photos of cigarette scraps and other rubbish, which volunteers make available via the Trove app. At the same time, so the hope of Techtics founders Edwin Bos and Martijn Lukaart, photographing the garbage could raise awareness. Perhaps more and more people would then refrain from simply throwing their rubbish on the floor.