Be careful, this critical flaw threatens your account and your PC! 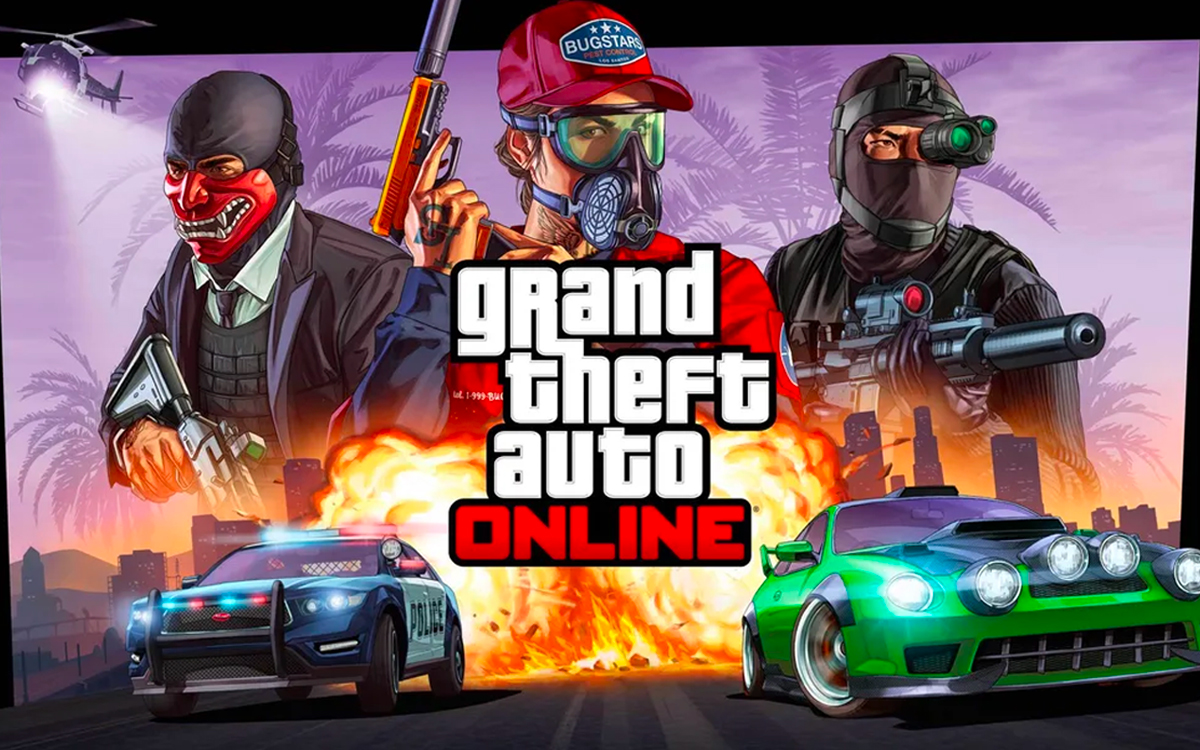 GTA Online, the ultra-popular multiplayer mode of GTA 5, is the victim of a serious security breach. Once exploited, it allows hackers to change/delete your character’s stats, or worse, permanently delete your account.

With still 2.5 million active players per month, GTA Online is still one of the most popular games, on Steam and on consoles. Unfortunately, this success has a price and Sometimes GTA 5 multiplayer is targeted by hackers.

Well precisely, if you are a player of GTA Online on PC, we recommend the greatest vigilance. As the Rockstar Games news-centric Twitter account Tez2 reports, GTA Online harbors a particularly dangerous critical security flaw.

Once exploited by pirates, it allows an attacker to modify/remove or boost the statistics of a targeted player’s character. But that’s not all since hackers can also kick or prevent the user from accessing their own server. Even better, it is even possible to corrupt an account in order to trigger its banishment by the studio’s anti-cheat system.

Several users who are victims of this flaw have come forward on social networks, with supporting videos. User @Fluuffball posted an excerpt from a corrupted account. As we can see, the connection to the GTA Online servers is no longer established and the aerial camera of the city of Los Santos remains on the screen indefinitely.

This is how it looks like if your account gets “corrupted” due to the recent RCE exploit on PC. Basically you’ll get stuck in the clouds indefinitely when trying to enter online.

And also your PC!

But beware, there is more serious. According to Speyedr, the developer of Guardian (a custom firewall for GTA 5), this flaw would also allow remote code execution via GTA Online. In other words, a hacker could very well be activating malware on the machines running the game.

If Guardian is able to protect against this vulnerability, Speyedr instead urges users not to use GTA Online until Rockstar fixes the issue. Indeed, the installation and especially the configuration of Guardian follows a complex procedure. If it is not respected, especially by novice users, the software is useless.

As of now, Rockstar is aware of the issue and is currently working on resolving it. In the meantime, it is better to avoid playing GTA Online, on PC at least. Regarding corrupted accounts, Tez2 shared a band-aid solution:

This situation is reminiscent of this flaw identified in the multiplayer code of Dark Souls games. This vulnerability also allowed remote code execution. Bandai Namco had been forced to close the servers of the titles concerned for more than 6 months, the time to find a solution. Shortly after, the publisher’s servers at Elden Ring were attacked by ransomware.