Banning Trump and Parler online has nothing to do with censorship 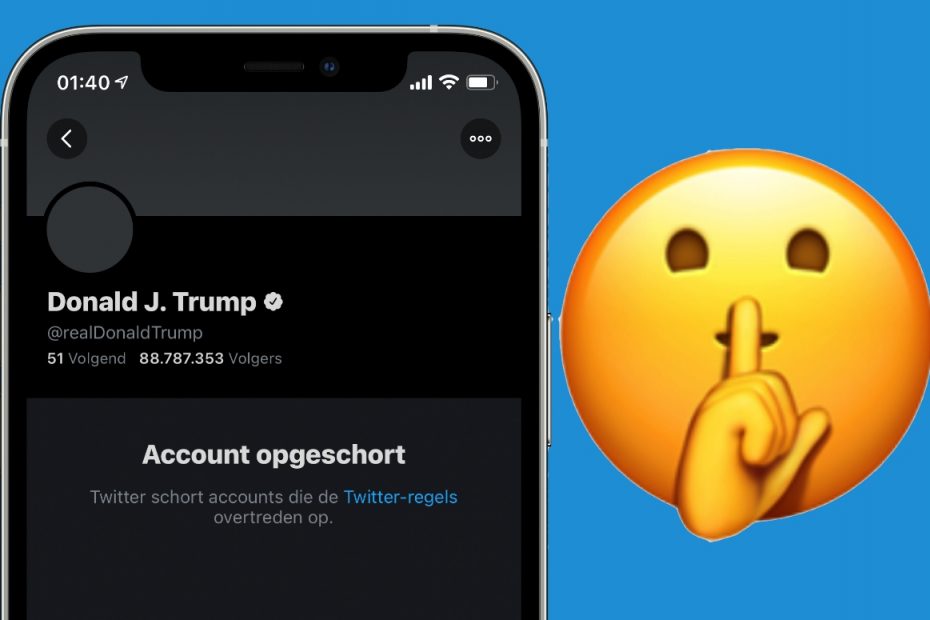 The president of the United States has been banned from Twitter and Apple, while Google and Amazon are taking the social network Parler offline. Where is the line between taking responsibility and censorship?

The turbulent week for the United States is still reverberating in the digital world. Apple, Google, Amazon, Twitter, Facebook and Reddit: almost all major tech companies and social networks drew a line this week. A line that Donald Trump and his most radical followers had crossed.

In that respect, social networks like Twitter and Facebook actually had no other choice. The apps have clear rules of conduct that everyone must adhere to. If you don’t, you will have to accept the consequences. Inciting people to a coup is also part of this, so Twitter could not help but hand out a ban. If the company did not do this, it apparently measures with double standards or the rules are less strict than they seem.

This also makes the banning of Donald Trump quite fair: such a call to violence would not be tolerated by an average user. Just because you happen to be the president of one of the most powerful countries in the world doesn’t give you a license to do so.

Plus, let’s not pretend that this is the first time Trump has crossed the line. For months, he has been sharing unsubstantiated claims about election fraud, each time provided by Twitter with a disclaimer about spreading fake news. The fact that Trump was able to continue to incite people despite this disclaimer will undoubtedly have played a role in the decision to take the account permanently offline. It was the incendiary drop that broke the bucket.

Looking for a new platform

With the forced departure of Trump, it was time for his entourage to look beyond Twitter, Facebook and Instagram. The alternative social network Parler could suddenly count on a large increase in new visitors, all for the same reason. Parler calls itself a ‘free’ social network, which in practice means that you are allowed to post the things that would be deleted on Twitter and Facebook.

That freedom didn’t last: This weekend, Google and Apple pulled the Parler app from their app stores, and Amazon dealt the final blow this morning by taking the service (hosted on Amazon’s servers) offline. Instead of banning a specific account, an entire social network was taken offline.

That difference raises a tricky issue, and not one that I have an immediate answer to. On the one hand, I understand the position of Apple and Google: they do not want apps with hateful content on their platform and that is their right.

Apple has even warned Parler and given it time to better moderate the network. When that didn’t happen, Apple followed Google’s lead by pulling the app from the App Store. Only when Parler has its moderation in order will Tim Cook’s company see if the app can be returned.

Nothing to do with ‘left’ or ‘right’

In fact, Apple, Google and Amazon are fully within their rights. They own their platform and can determine what can and cannot be placed on it. That has nothing to do with censorship. Posting harmful and dangerous messages is not allowed under any circumstances.

We would only be able to talk about censorship if Twitter forbids talking about a specific political current. That is not the case here. You can still share your praise or criticism of Donald Trump on Twitter to your heart’s content. You only run a risk if you combine this with a call to violence, or something that violates the terms of use.

On the other hand, I also understand the people who are concerned about the power such companies have. They can shut down entire networks and take social apps offline at the touch of a button. Apple is therefore extra strict: due to the strict control on iOS, users – unlike Android – cannot easily install an app outside of the App Store. That is why in practice it often means that if Apple bans something, you can no longer use it on your devices.

In Parler’s case, I personally will not shed a tear, but it does show how influential these companies have become. That this is being looked at critically and closely seems only normal to me. Just like calling these companies to account when they do something that is unacceptable.

Chat app Telegram is also concerned about this. The company says it is working on a web app, in case Apple would also ban this chat app in the future. Taking Parler completely offline is not a solution to the underlying problem, it will only move. But the responsibility to do something about this does (fortunately) not lie with large tech companies.