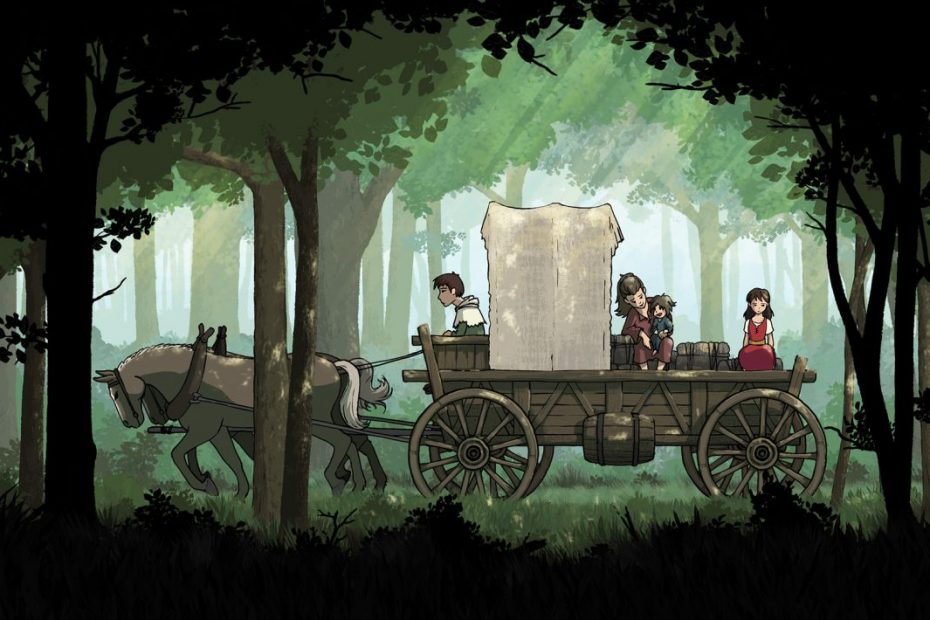 Czech developers from the two-member studio Attu Games announced and introduced the new game Scarlet Deer Inn. New from the authors of metroidvanie Feudal Alloy is aimed at PC and Switch. The team itself describes it as a pleasant story platformer. It is said that during the day we will help in the inn, get to know the fates of unusual people and try to fit into the new environment. While we run away from our fears and anxieties at night, says Attu Games.

The main character this time is not a robotic knight with an aquarium and a small fish instead of a head, but a timid village girl Eliška.

Scarlet Deer Inn would not be so distracted by Feudal Alloy. It is a traditionally animated story platformer set in the Middle Ages, which deals with what it is like to cope with the loss and the effort to fit into a foreign environment. But we also have to discover mysterious nooks and meet unusual people, the official medallion of the game attracts.

The main character this time is not a robotic knight with an aquarium and a small fish instead of a head, but a timid village girl Eliška. “After the death of her parents, she moves in with her relatives who own a famous coaching inn,” Attu Games said. Even in a busy city, however, dark dreams go down her throat, which she tries to swallow the protagonist.

The authors claim that it is a mix of a peaceful adventure and a fast platformer. They lure us to a realistic medieval setting and say that as long as we have enough light, we are safe. On the official website, the authors describe that they are at the end of the pre-production phase, they have finished the main story line and the characters. They have already created several environments and, according to them, the technical solution with all mechanisms is practically finished.

The prototype already works and runs well not only on the PC, but also on the Switch, so now Attu Games will focus on story details, interviews, the art page and animations. Fans promise to be regularly informed about how they are progressing at work, via social networks, so follow them closely on Facebook or on Twitter. The developers will do their best to complete the demo version for the public this year, which sounds great. So keep your fingers crossed for Eva and Lukáš, so that their work goes well.