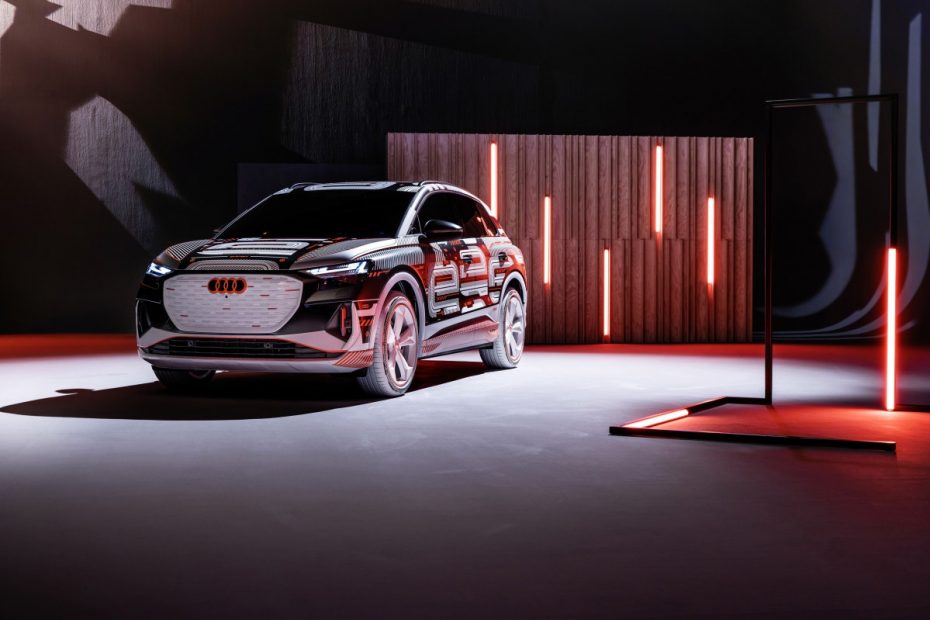 In summer 2021, Audi will bring a Stromer onto the road with the Q4 E-Tron that is based on the ID 3 platform but offers the space of a large luxury SUV.

The Q4 E-Tron presented as a concept at the Geneva Motor Show 2019 should go into series production soon. Since then, Audi has not made any significant changes to the name or design.

Now the manufacturer is issuing further technical data that show that the Q4 E-Tron will not just be an SUV in which the combustion engine has been replaced with an electric drive. Rather, Audi is making extensive use of the advantages of electrification with the Q4 E-Tron.

Lots of space due to the omission of the combustion technology

With dimensions of 4,590 millimeters in length, 1,865 millimeters in width and 1,613 millimeters in height, the Q4 E-Tron is roughly comparable to the Skoda Enyaq iV, which is currently the largest model based on the modular electrification kit (MEB), the current Stromer platform of the Volkswagen Group, was.

By using the MEB as a basis, a completely new room layout was possible, which is due in particular to the fact that the electric drive technology requires far less space than conventional combustion drives. In addition, the batteries are installed in the vehicle floor so that no space is lost in the structure, as would be the case with a tank, for example.

The front overhang measures just 86 centimeters, but the wheelbase is 2.76 meters longer than in the medium-sized SUV segment. The resulting interior is 1.83 meters long, similar to that of a large luxury SUV.

Instead of the central tunnel, there is only a low step in the passenger cell. The result is a five-seater, which should guarantee a decent leg and headroom even when fully occupied.

Place in the back seat. (Source: Audi)

The trunk accommodates 520 liters of luggage. If necessary, the rear seat can be folded asymmetrically. The loading volume can be expanded to a maximum of 1,490 liters, whereby the loading area should be almost even.

Audi does not offer any new information on the engines that can be selected. So we continue to assume that the entry-level variant will be equipped with a rear engine. That would correspond to the VW ID 4, whose engine has an output of 150 kilowatts. Four-wheel drive should be achieved by adding a front engine with 75 kilowatts to the rear engine. A 77 kilowatt hour battery should be expected as standard.

The also expected coupé variant called Q4 E-Tron Sportback will come with all-wheel drive, two electric motors and a system output of 225 kilowatts (75/150). Its 82 kilowatt hour battery should be charged with a maximum of 125 kilowatts and thus be able to be brought to 80 percent of the total capacity within 30 minutes. The WLTP range should be up to 450 kilometers.

A head-up display that is able to display elements of augmented reality (AR) in the driver’s field of vision will be available at least as an option. Audi separates the display on the windshield into a status and an AR area.

The information from some assistance systems, the turning arrows in the navigation system and their starting and destination points are displayed as the content of the AR area at the right place, e.g. at the junction of an intersection, visually over the real outside world and displayed dynamically. They appear to float virtually at a physical distance of around ten meters from the driver; depending on the situation, they sometimes appear to be significantly further in front of him. The displays should be able to be grasped quickly without irritating or distracting the driver.

The viewing window for the AR content corresponds to a diagonal of around 70 inches from the driver’s perspective. Below the AR area is a flat close-range window, the so-called status area. It shows the driving speed, the traffic signs as well as the assistance and navigation symbols as static displays. They look like they’re floating about three meters in front of the driver.

The so-called AR-Creator – a computing unit in the modular infotainment kit (MIB 3), which is composed of several individual modules, provides display intelligence and images. The AR-Creator renders the display symbols every 60 frames per second and adapts them to the geometry of the projection optics.

At the same time, it calculates its location to match the surroundings. To do this, it uses the raw data from the front camera, the radar sensor and the GPS navigation. He should calculate fast enough to compensate for the fractions of a second that the forward movement of the vehicle brings with it inaccuracy in the superimposition.

The system’s software should contain around 600,000 lines of program code. Audi points out that this is around 50 percent more code than was required for the entire control system of the first version of the space shuttle.

The head-up display also supports the built-in driver assistants. As soon as the Audi Q4 E-Tron approaches a boundary line without flashing, the lane departure warning overlays the real lane markings with a red line.

Audi installs a ten-inch touch display as standard, which can optionally be replaced by an 11.6-inch screen. The touch display serves as the central control for the infotainment system, and the display even allows text input by handwriting. 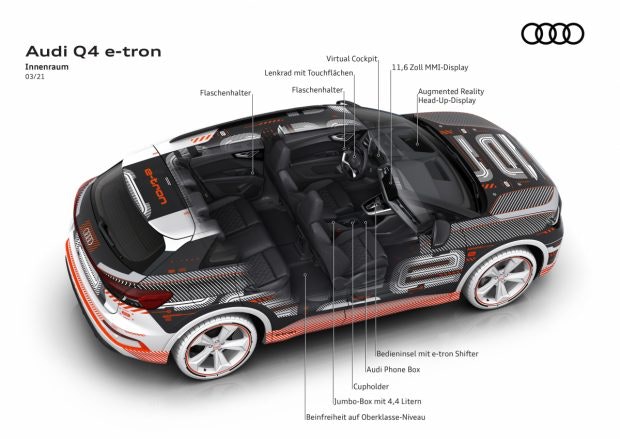 The cockpit in the Q4 E-Tron. (Source: Audi)

Various functions can also be controlled via the steering wheel. This is equipped with touch surfaces that support both tap and swipe gestures.

In addition, the vehicle’s digital assistant can be asked for help with “Hey Audi”. Like Siri or Google Assistant, it understands instructions in natural language. An online connection is sometimes required for use. 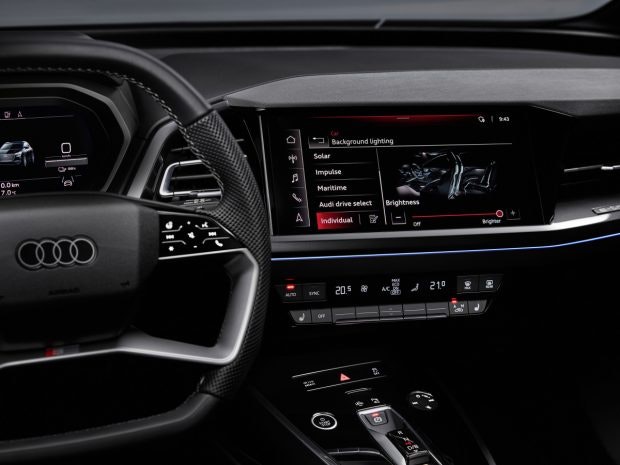 Cockpit from the driver’s point of view. (Source: Audi)

For the rest of the interior, Audi is primarily introducing another safety aspect, the so-called center airbag. In the event of a crash, it unfolds from the right cheek of the driver’s seat and is intended to prevent the driver and front passenger from bumping into each other.

When it comes to the choice of materials, Audi has different seat covers on offer, which are made from recycled PET bottles or old textiles to varying degrees.

Audi has not yet given any prices. Since the Q4 E-Tron is in a shared cosmos with the VW ID 4 and the Skoda Enyaq iV, we can assume that the entry-level price of the Q4 E-Tron will be around 40,000 euros. Audi plans to start selling in the summer of 2021.