Atomic bomb prevents asteroid impact – according to the study 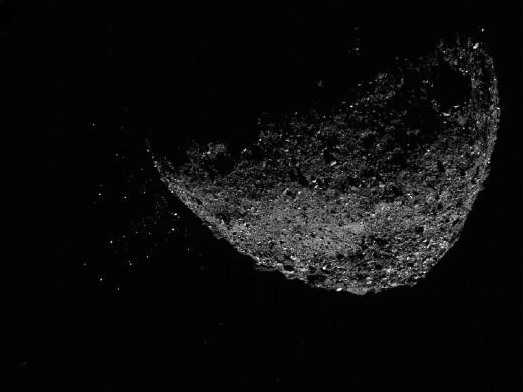 Hollywood has already processed the idea. Now there is a scientific lookup. Researchers have calculated how an atomic bomb prevents an asteroid impact.

Armageddon and Deep Impact are about the threat of an asteroid on a collision course with Earth. Both Hollywood films describe a similar solution to the problem: placing an atom bomb on the object and thereby destroying it or throwing it off course to earth. A new study from the USA shows that the plot of the disaster films is not so absurd. In it, researchers made calculations on how such a maneuver could be successfully carried out.

Especially since the risk of an asteroid impact is quite real for research. Bennu, a space rock around 500 meters tall, threatens to collide with the earth, as NASA recently announced. The possible collision should therefore take place on September 24, 2182 – with a probability of 1 in 2,700. The problem: It may be that other asteroids are on a collision course with Earth, but these have not yet been discovered.

Accordingly, the US research team around study author Patrick King is concerned with averting an impending danger shortly before a possible impact. Specifically, it is about a period of less than a year. According to the study entitled “Late-time small body disruptions for planetary defense” published in the November issue of Acta Astronautica appears, the use of an atomic bomb would be “very effective”. The researchers calculated this with simulation software based on Bennu as a model.

The study model asteroid, however, had a diameter of only 100 meters, so it was significantly smaller than Bennu. As part of the study, an atomic bomb explosion was simulated up to two months before the impact on earth, like the future zone writes. The bomb had an explosive power of one megaton. In the ideal case, only a fraction of the asteroid (one thousandth) would hit Earth. If the asteroid were larger, it would still be a hundredth.

Protection of the earth: atomic bomb versus space probe

King and his team point out, however, that if the asteroid is discovered much earlier and more time is available for a reaction, other methods would be more effective. Specifically, it is about making a space probe collide with the asteroid and throw it off course. This is exactly what NASA wants in the context of the so-called Darts mission testing. In the next year, a 500-kilogram space probe is expected to hit the 170-meter-large asteroid moon Didymos B, which orbits the asteroid Didymos A, at a speed of 6.6 kilometers per second.

The resulting change in course should be measurable from Earth. According to NASA, this is the first test mission to avert threats to the earth from asteroids. The large space probe is accompanied by two small cubesats that are supposed to record data relating to the collision. In 2024 the Esa space probe Hera follow and collect further data from the experiment.