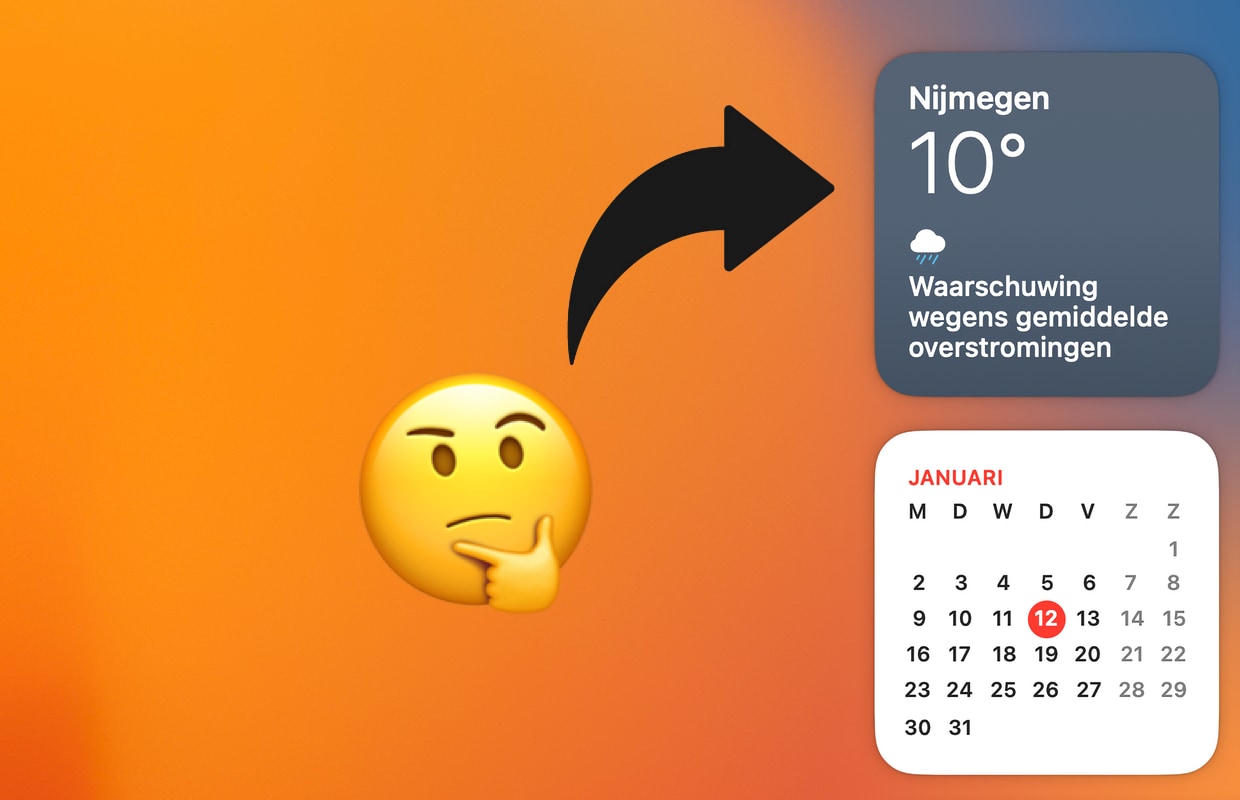 It rains in the Netherlands, and quite heavily too. But we think a warning about flooding in Apple’s Weather app is quite exaggerated. This is what’s going on.

If you now open Apple’s Weather app, you will see a large message about Severe weather on the screen. It is a ‘Warning for moderate floods’ that should apply until next Saturday, January 14. Apple cites KNMI as the source.

But on the website of the KNMI itself there is no mention of flooding. In fact, the warning map is completely green for today and Saturday, only for Friday there are heavy wind gusts in the northwestern coastal area. So a proverbial storm in a teacup?

Where does Apple get its data from?

After the acquisition of the American weather app Dark Sky, Apple has continued to expand its own Weather app. We are generally happy with all the information the app offers, but at the same time we are increasingly noticing inaccuracies. Recently, for example, it was also raining heavily, but the app claimed that it was dry. On the other hand, the iPhone of a colleague who was still running iOS 15 showed the correct weather. Of course at the exact same location. In that respect, with the switch from iOS 15 to iOS 16 you come from the rain in the drip.

It raises questions about where Apple gets its information from. To go back to the current situation: where does the flood warning really come from? Apparently not from the KNMI.

Actually, Apple is quite transparent about its data. There’s even a page about the data sources the Weather app uses. Surprisingly, the KNMI is not among them.

What do you see?

We at iPhoned are very curious. What are you seeing in Apple’s Weather app? Is there also ‘average flooding’ at your location? (Fortunately, they’re only average.) Let us know in the comments. Maybe together we can figure out the mystery of Apple’s weather app without getting our feet wet.

And just to be on the safe side: on overstroomik.nl you can easily find out whether there is a real risk of flooding, including measures you can take to stay safe.