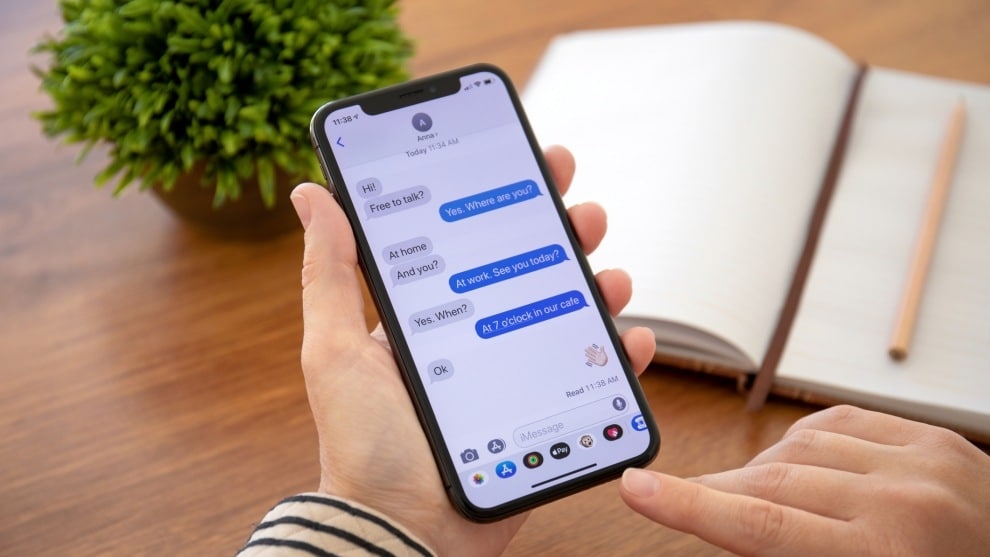 Since its inception, Apple has always chosen to stand out from the rest in everything that Steve Jobs’ company has put in place. This was already the case with its Mac computers, and it was the same when the Cupertino company decided to launch its own smartphone. Thus, 15 years ago on June 29, 2022, the first iPhone was released. A marvel of technology, it stood out with its powerful and unique iOS operating system. Despite the thunderous arrival of Android on the market, the Apple brand continued its momentum and worked on the exclusive side of its offer. If this allowed a greater connection between all its products, the way of doing things has above all shown that Apple cultivated a little too much the autarkic character of its universe, apart from the fact that it even managed to tinge with an aura of social superiority.

When you sell your latest model of telephone at 900 €, it means that you intend it from the start for an audience that has the financial means to do so. With 1.5 billion phones sold since launch, we must believe that the price is not really an obstacle to checkout. Apple is even fighting with Xiaomi for second place on the podium of the best-selling smartphone brands behind Samsung. Suffice to say that its ecosystem is used in large numbers around the world. Except that the latter wants to keep its singularities on certain universal functionalities, even if it means highlighting those who do not use it a little too much. In his iMessage mailbox which is used for example to receive SMS, if you receive one from an Android device user, then the bubble is green, not blue as for those on iOS. An uplifting article from wall street journal thus shows that this has an effect on young people who take a dim view of the appearance of these bubbles of a different color, almost taking on the character of poverty. Some even find themselves sidelined in conversations.

In the United States, you should know that 70% of 18-24 year olds use an iPhone According to a recent study by Consumer Intelligence Research Partners (CIRP). Apple’s strategy is thus to accustom young people to the interface so that they become, over the years, regular buyers of new brand devices since they are not accustomed to others. A refusal to treat everyone the same way which is starting to arouse discontent among some, including the boss of Android.

In reaction to the Wall Street Journal article, Hiroshi Lockheimer, head of Android, indeed went there some vigorous tweets about how his eternal rival is doing.

Apple’s iMessage lock-in is a documented strategy. Using peer pressure and bullying as a way to sell products is disingenuous for a company that has humanity and equity as a core part of its marketing. The standards exist today to fix this. https://t.co/MiQqMUOrgn

Apple’s iMessage lock is a well-documented strategy. Using social pressure and intimidation to sell products is dishonest for a company that places humanity and fairness at the heart of its marketing strategy. There are standards to remedy this.

What Lockheimer is asking here is very simple. He wants Apple to incorporate the RCS (Rich Communications Services) messaging protocol into iMessage. The latter, developed by the GSMA to take over from the old SMS and MMS standards, offers modern functions, such as group chats or sending large files. The Japanese clarifies his thoughts as follows:

We’re not asking Apple to port iMessage to Android. We ask Apple to support the industry standard for modern messaging (RCS) in iMessage, as it already does for older SMS/MMS standards.

For him, this insular method used by Apple would even be a brake on the industry and the experience of Android users, but also those of iOS. He also highlights some vulnerabilities in competing email security which could thus be settled.

Will this public outing be enough to make apple eaters react? Their currently most-listed business place should especially to reinforce them in their immobility, whether or not it has negative consequences for society. When you’re at the top of the pyramid, you don’t care about those who drown in quicksand.