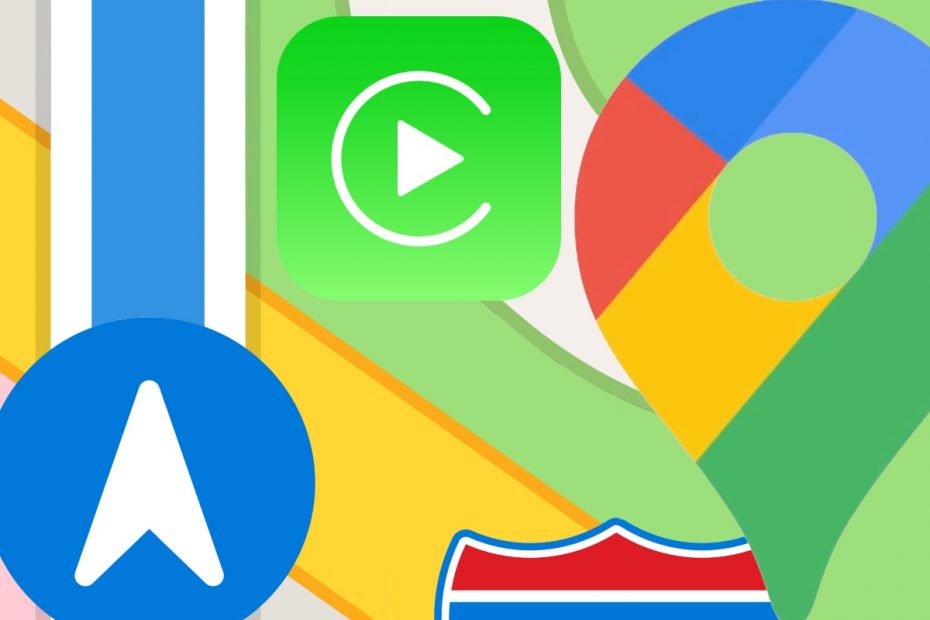 You can use various map services on CarPlay. The biggest are Apple Maps and Google Maps, but which one is the best? Time for a comparison.

If you use Apple CarPlay, you can start various navigation apps, but the largest map services remain Apple Maps (Maps) and Google Maps. In this article, you can read which of these two navigation apps is best for CarPlay.

Apple Maps is Apple’s default app. If you’re using CarPlay for the first time, that app will also be in the first row of applications to try. If you have Google Maps installed on your phone, the app will automatically be added to the list of apps.

The two services have a lot in common. In principle, you can use both applications perfectly to find your way. Both support CarPlay’s split screen feature, so they take up half of the image. Both also offer the handy lane assist. With this you know on the basis of arrows in which lane you need to be for your turn.

Google Maps has a number of advantages over Apple Maps. For example, it is possible to use offline maps, so that you can navigate without an internet connection. It is also easier to choose an alternative route with Google Maps. After entering your destination, you immediately have a choice of various options.

If you like to drive a little faster than the rest, then Google Maps has a very big advantage. The app warns you about speed cameras. These are clearly marked on the map when you drive.

Mainly useful about Google Maps is that you can adjust various settings within the app on CarPlay. Think of route options, where you avoid highways, toll roads or ferry services. But also the map colors, whether traffic should be shown and more can be adjusted.

Apple Maps, on the other hand, is another app that looks nicer. In this application, the instructions are also read by Siri, a voice you already know.

An advantage of Apple Maps is also that this app works immediately with new functions. Take split screen mode: when it was activated on iOS 13, you could use Apple Maps in split screen right away. It wasn’t until iOS 13.4 that this mode was opened up to third-party navigation apps. After that it took months until Google Maps got the update.

A big advantage of Apple Maps compared to Google Maps in general is that Apple considers your privacy more important. Your data always remains your own. Google Maps also has options to keep your data private, but at Apple this is standard and simply better arranged.

Apple Maps and Google Maps are both excellent navigation apps for your CarPlay car. If you use Apple Maps as the default app, you don’t sell yourself short. Still, it might pay off to try Google Maps if you want a few more options.

Of course, you don’t have to limit yourself to these two apps. There are more apps available for CarPlay, such as Flitsmeister from the Netherlands. In addition, TomTom, Waze and Sygic also work with CarPlay.

It stands for a month iPhoned extra silent about all the possibilities of CarPlay. Read our CarPlay review update and we’ll get you started if the CarPlay connection drops.