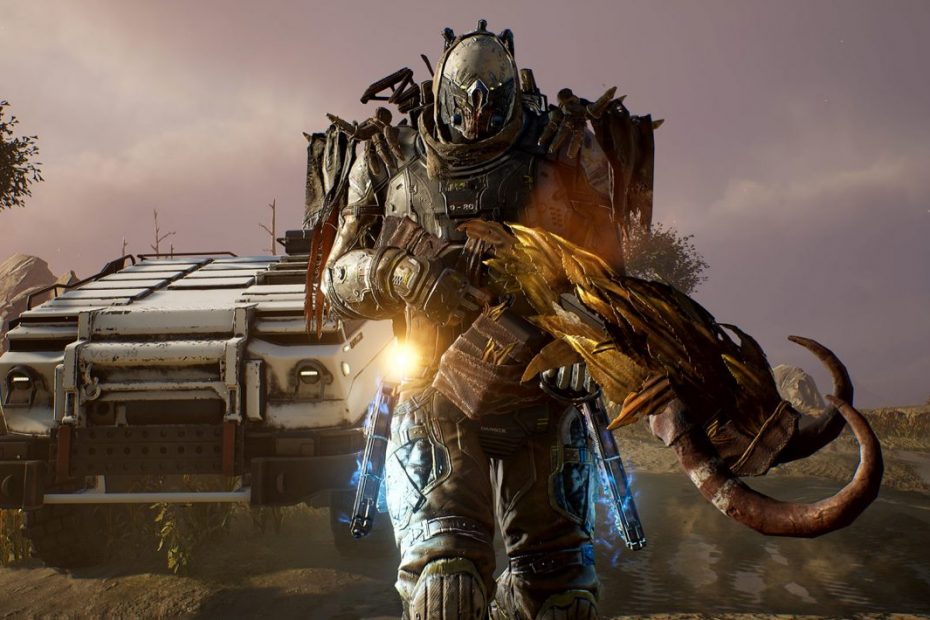 The third person event Outriders from the Polish studio People Can Fly (Painkiller, Bulletstorm) and Square Enix was to be released on February 2. But it will not happen, because it was postponed for the third time. Its premiere is now scheduled for April 1. In addition, the authors want to spend time tuning the game. However, this report does not come by itself and is complemented by information on the free demo.

Authors according to their words believes it’s important for players to try out new brands like Outriders before the game comes out. So they can better decide if it’s something for them. For this reason, they have planned a demo version on February 25, which will offer the first few hours of play with all four classes.

Singleplayer and cooperation will be available, which should be the main currency of the game. You can then easily transfer your character and the achieved progress to the full version. The mention of a few hours sounds very generous anyway.

The Outriders event was announced at E3 in 2019, but development started in 2015. Thanks to it, the studio has grown significantly from 40 people to more than 200. Although the novelty is often compared to Destiny, it is not a live service game, they emphasized its authors. Compared to the team’s previous production, the title also has to offer a more serious and mature story.

It is an action with RPG elements for one to three players set in a whole new world. We will set out on the distant planet Enoch, which will become a source of special abilities for the colonists, which the players will also acquire. The authors promise brutal fights, dynamic drop-in / drop-out cooperation, four unique classes and the ability to customize anything to your liking. The game is powered by Unreal Engine 4 technology.

Outriders are aimed at PC, PS4, PS5, Xbox One and Xbox Series. Later he will also arrive at the Stadium.