Amazon shuts down its fundraising program 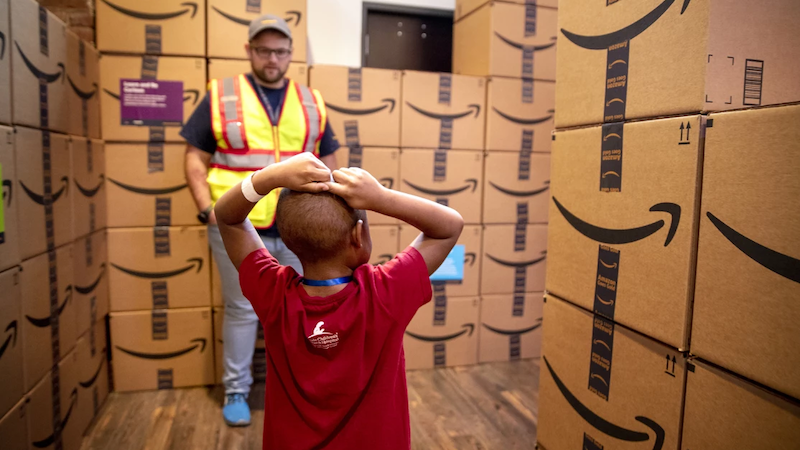 Amazon is ending its Amazon Smile charity program. The reason: the donations would not have had the desired effect. At the same time, the online retailer is also beginning previously planned job cuts. The backgrounds.

Amazon is ending its Amazon Smile fundraising program. The company recently announced this in an blog post on. The decision will come into effect on February 20, 2023.

Amazon Smile apparently did not achieve the desired effect

So far, customers of the online retailer have been able to support a non-profit or charitable organization of their choice via Amazon Smile with every purchase. The company forwarded 0.5 percent of the purchase price to the appropriate departments.

The program was launched in 2013. According to their own statements, Amazon users have donated more than $449 million worldwide. However, the company does not seem to be satisfied.

Impact of Amazon Smile too low

The official statement states that after almost a decade, the program has not had the impact that the company had originally hoped for. Amazon on this:

With so many eligible organizations—more than a million worldwide—our opportunities to make a difference were often few and far between.

Abandonment of fundraising program as part of extreme austerity measures

The dismantling of the donation program comes at a time when Amazon is trying to reduce its spending. Because the group is the first public company one trillion US dollars lost market value.

An internal memo was only recently made public in which CEO Andy Jassy announced that he intended to lay off more than 18,000 employees. How different media reported, Amazon formally initiated the process on Wednesday, January 18, 2023. This is the largest job cut in the company’s history.

Amazon in last year It has also already closed its telehealth service Amazon Care and retail website Fabric.com. The online retailer also wanted to build 42 new facilities. But these plans were also withdrawn.

However, Amazon does not seem to want to end its supposedly philanthropic journey quite yet. Before the mid-February 2022 deadline, Amazon will make a one-time donation to all organizations that have previously participated in the Smile program. The respective total results from three months of annual sales in 2022.

At the same time, Amazon announces that it will continue to support a wide range of charities. For example, the group wants to invest in affordable housing and fund community aid programs in the United States.