all the rumors of Apple’s new operating system 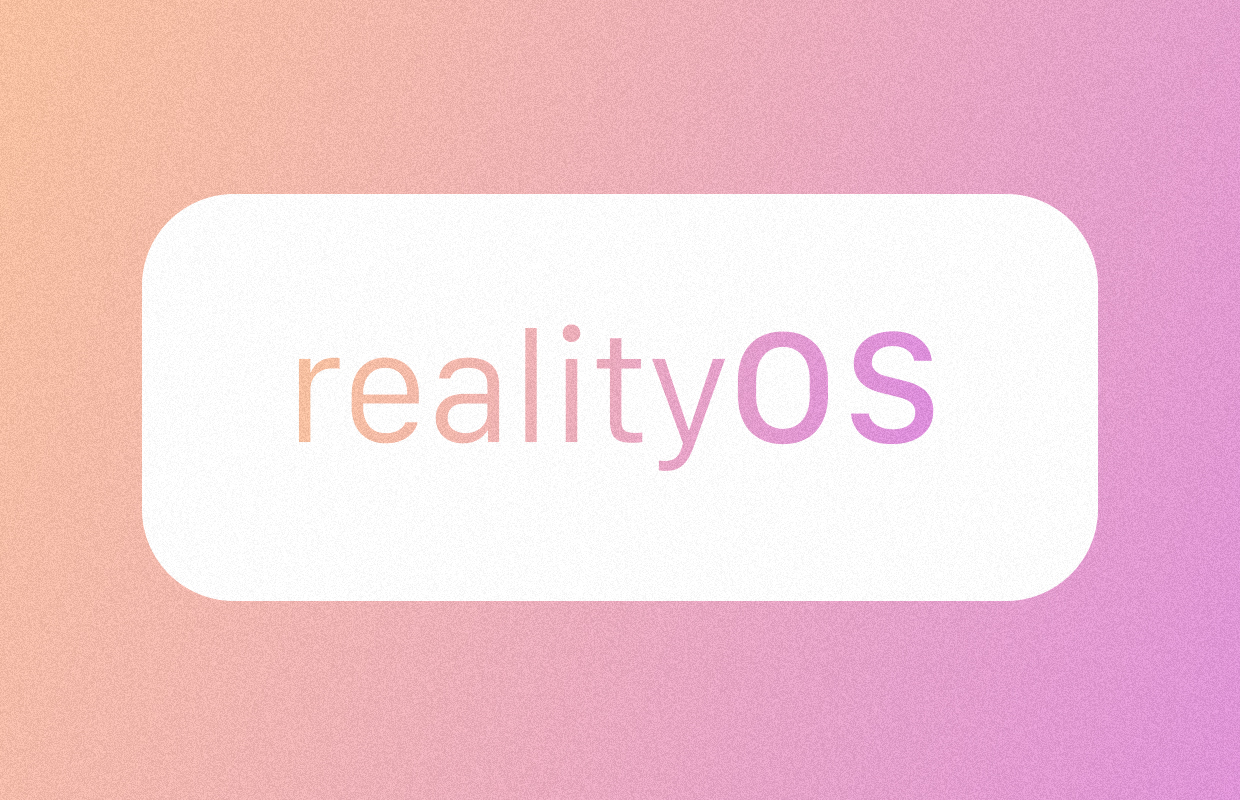 We know one thing (almost) for sure: Apple is working on a mixed-reality headset. In this article you can read all about the rumors surrounding realityOS, the alleged operating system that belongs to the glasses.

This name has appeared in the source code of several apps, including the official App Store. In this article we collect all the rumors surrounding realityOS, the operating system of the mixed-reality headset.

RealityOS or rOS is software of the ‘Reality One’ or ‘Pro’

According to all the rumors of recent years, Apple has been working on the realityOS software since 2017. According to Mark Gurman it will be called that, but we also think there is a good chance that this will eventually be shortened to ‘rOS’. We also already know a thing or two about the name of the headset. Apple has registered the brand names ‘Reality One’ and ‘Reality Pro’.

Mark Gurman previously reported that the headset is designed for gaming, streaming video content and communication, such as video calling. The software will naturally focus on this. The big difference with an iPhone, MacBook or iPad is that these things take place completely (or partly) in a 3D environment.

This is how the apps will (hopefully) work on RealityOS

Since realiltyOS is primarily intended for the business market, communication plays an important role. That means that the FaceTime app, with SharePlay and Memojis, will take center stage. With SharePlay, as a Reality Pro owner, you can watch videos (or a Keynote presentation) with others, while Memoji represents you as a virtual avatar in the digital world. With the 14 expected cameras, all your facial expressions also come across.

According to other rumors, Apple is said to be launching an all-new version of the Messages app with RealityOS. Here we find virtual chat rooms. Apple Maps should also become available on the mixed-reality headset. What this will look like is currently unclear. We may see a 3D representation of a city on our VR glasses. It is also possible that a route description is displayed virtually in 3D.

Gaming on RealityOS? You can count on yes!

The first thing that comes to mind when you think of virtual reality is of course gaming. We know that Apple has set up its own game platform with Apple Arcade. Of course we expect that this will also come to the Reality One. Of course you can reach this via its own RealityOS App Store.

According to rumors, you will also find all kinds of loose 3D content there. You should see this as a kind of video, but for the mixed-reality headset. The expectation is that everyone (including third parties) should be able to create content for this.

When is the release of RealityOS?

Given the latest rumors that mass production of Apple’s mixed-reality headset will start in March 2023, we expect the first images of realityOS sometime in the following months.

There is a good chance that we will see the first official images of this software at WWDC 2023 in June. This is Apple’s software conference. Last year we saw iOS 16, macOS Ventura and watchOS 9 being launched here during the keynote.

Do you want to stay informed of all developments regarding the functions of the Apple AR / VR glasses? Sign up for our newsletter, download the free iPhoned app or simply keep an eye on our site.