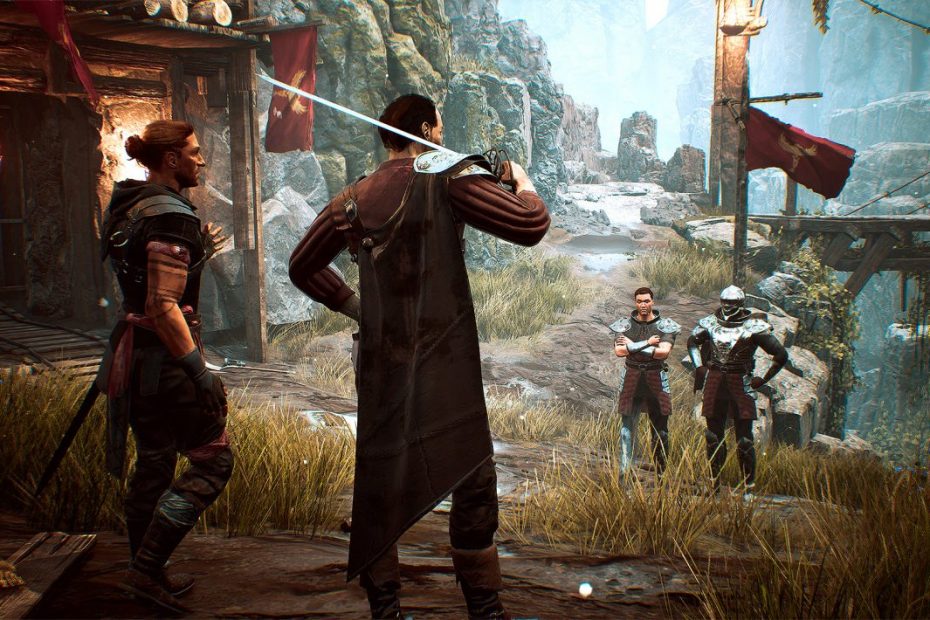 THQ Nordic and Embracer have announced that the repeatedly announced remake of Gothic will be developed by the new Barcelona-based Alkimia Interactive studio. The team started operating last summer and is to be made up of RPG lovers. The studio is still growing and is still actively looking for new colleagues to join it. Even at the moment, the company is looking for a number of people for various positions. Alkimia Interactive currently has approximately 35 employees.

According to them, the goal of the authors is to create a quality RPG, and the first in line is, of course, to be a remake of Gothic for PC and next-gen console. The work is going well for them and we will see the first results in a few months. It is no coincidence, of course, that the playable teaser, with which the publisher tested the audience’s interest, was originally created in the THQ Nordic Barcelona studio. THQ Nordic has confirmed that it is embarking on a full-fledged remake of Gothic in 2001, last February. It is said that she was helped in the decision-making by unambiguous feedback from the fans. Although, in our opinion, it was not so clear-cut.

THQ Nordic claims that it wants to create a full-fledged remake that will remain as faithful to the original as possible.

Even then, the publisher announced that he had to establish a full-fledged studio in Barcelona, ​​Spain, from the local team, which was responsible for the playable teaser. Then the developers wanted to evaluate what people liked and what they didn’t like in the playable demo. The publisher himself mentioned that one of the most common complaints was the excessive color and the desire to make the game darker and dirtier. THQ Nordic claims that it wants to create a full-fledged remake that will remain as faithful to the original as possible. The atmospheric world of Gothic is to be transferred to the new graphics and carefully modernized some elements of its gameplay.

As we wrote earlier, THQ Nordic released a playable prototype of the Gothic remake on Steam in mid-December 2019 and asked the player for feedback, not sure if he was fully embarking on the project. The demo is still available on Steam for anyone who has a game from Piranha Bytes in the library. The team bet on Unreal Engine 4 technology and, for example, the combat system was redesigned. The unnamed project caused a great stir at the end of the year. The idea itself pleased many fans, but the processing did not suit everyone’s taste. Many also had a problem with authors working on the remake other than the original.

According to THQ Nordic, the goal is not to make a simple remaster, but a full-fledged remake. It will offer the original story, the world, the atmosphere and the music, but the whole technology, graphics, sounds and some mechanisms will be new. THQ Nordic acquired the Gothic brand and the Piranha Bytes studio in 2019. As fans of the original game, it is said that the publisher’s employees immediately began to think about what to do with it. The original still seemed great to them, but they didn’t want to settle for just minor tweaks. Instead, they want to modernize the entire game, but ask the community for help to make sure they’re right. Even then, the developers warned that nothing on the prototype is definitive, everything can change, and that is why the modernization requires fans to make it clear what they want.

The original authors from the Piranha Bytes studio have nothing to do with the remake. You can find more details about the new project in our older articles.