a spin-off on Agatha Harkness in preparation on Disney +? 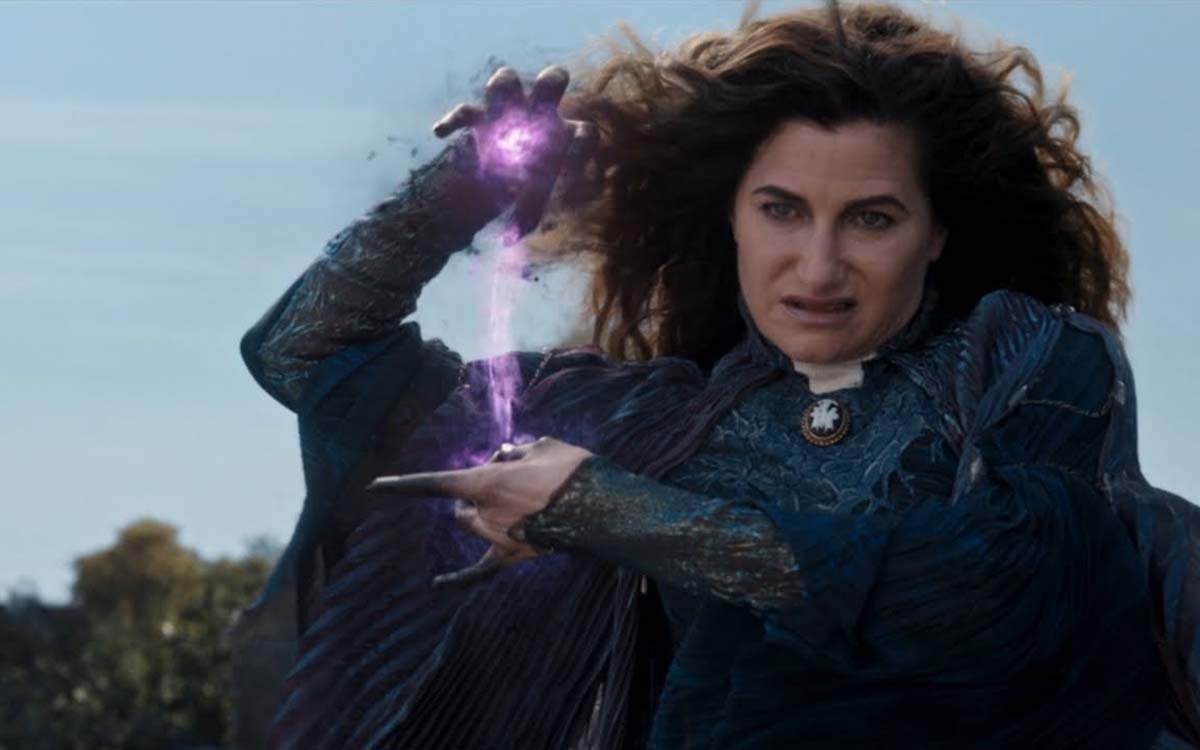 WandaVision, one of Disney + ‘s flagship Marvel series, may well host a spin-off centered on the character of Agatha Harkness. Kathryn Hahn would obviously reprise the role, while WandaVision’s chief writer Jac Schaeffer would be executive producer of the project and lead writer.

WandaVision kicked off the Marvel series with flying colors on Disney +, the streaming platform of the big-eared firm. It has also earned Disney an Emmy Award. We obviously owe this success to the excellent screenplay by Jac Schaeffer and the impeccable interpretations of Elizabeth Olsen and Paul Bettany, but also to that of Kathryn hahn, imperial in the role of the witch Agatha Harkness.

And precisely, according to information obtained by the site Variety, a spin-off centered on the antagonist of WandaVision is in preparation for Disney +. Described as a black comedy, one would find in the title role of the series Kathryn Hahn, while the head writer of WandaVision Jac Schaeffer would have the caps of lead writer and executive producer of the project.

This would be the first project Schaeffer initiated with Marvel since signing an agreement in May 2021 with Marvel Studios and 20th Century Television. Either way, this news must enchant Marvel fans, Agatha Harkness being a central figure in the House of Ideas universe.

Also read: Disney + Hawkeye hits the nail on the head with a first trailer!

Disney and Marvel have plenty to exploit Agatha Harkness

Recall that Agatha Harkness is one of the most powerful and oldest witches on Earth. She survived the Salem Witch Trials, and she was involved in many important events, both on the side of good and evil. She has a special bond with Wanda Maximoff, since it is thanks to Agatha that she will become Scarlett Witch aka the Scarlet Witch. Agatha Harkness also played an important role in the Fantastic Four., since she was first featured in comics published in 1970 as the governess of Franklin Richards, son of Reed and Sue Richards. She fought alongside the Fantastic Four until she became Wanda’s tutor.

Of course, these are just examples of the character’s multiple implications and appearances in the Marvel Universe, and It’s a safe bet that all of this represents fertile ground on which Marvel Studios can build its series.. For now, however, it will be necessary to take this information with a grain of salt, for lack of official confirmation from Disney.