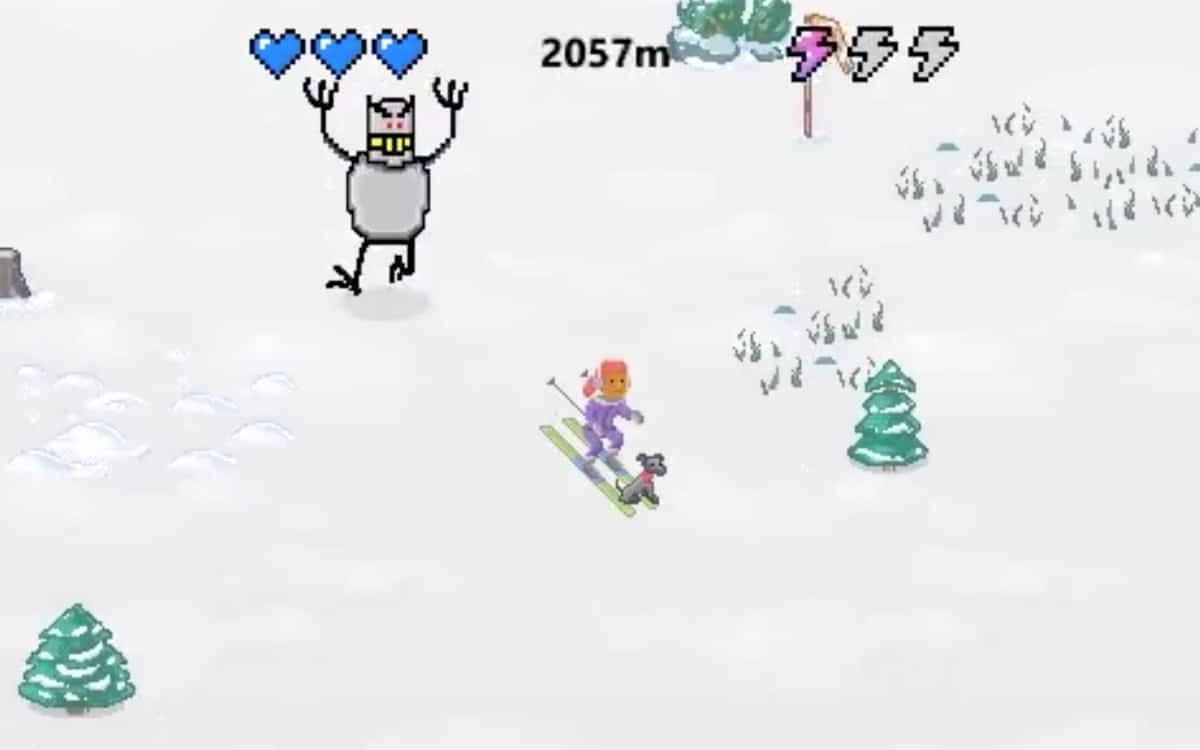 Microsoft has integrated a game in Edge that activates when the web connection is interrupted. In browser version 96, the game theme changed to mountain and winter sports. This version is a SkiFree remake, a title developed by Microsoft in the 90s. It is an equivalent of the “Dinosaur” game integrated into Chrome by Google.

We take our internet connection for granted. But this can be taken away from us. A network failure. A disconnection. An unfortunate action on your building’s server. Your internet connection can drop overnight without you being able to do much. And this often happens when you use just that connection to surf, work, communicate or play (at Google Stadia or Xbox Cloud Gaming, two services compatible with browsers).

When that happens, you may find another way to log in, choose an activity that does not require login, or wait. In the latter case, your web browser can help pass the time. How? ‘Or’ What ? By playing a “hidden” game in the browser. Chrome offers ” T. Rex Game »(Or Dino Game). To do this, simply type the address “chrome: // dino”.

Obviously, other browsers also offer their hidden game in case of disconnection. This is the case with Edge. Microsoft has indeed integrated a game called ” Surf “. The principle: you are on a surf and you must slalom between obstacles, while collecting bonuses, performing acrobatic figures and avoiding being eaten by a giant octopus. This game was unveiled by Microsoft a year ago. You can find the official video at the end of this article.

During the deployment of Edge 96, Microsoft has a surprise in store for Surf fans and the unfortunate people who no longer have a web connection: a new skin on the winter sports theme. Surfing the seas is replaced by a pair of skis. The floating crates give way to the trees. And a Yeti is now running behind the players. The gameplay does not change. The springboard is always present, as well as the little dog accompanying you.

The winter version of Surf is a remake of a Windows 3.1 game

This version of Surf is a remake of an old one developed by Microsoft, called SkiFree. Released in 1991 on Windows 3.1, it was then included in the Microsoft Entertainment Pack which had around thirty titles, including Solitaire. The arrival of this new game was announced on Twitter by the Microsoft Edge development team. The screenshot above comes from the video sequence that accompanied this officialization. Last practical detail: if you are eager to try the new theme, open Edge and type in the address bar “edge: // surf”.