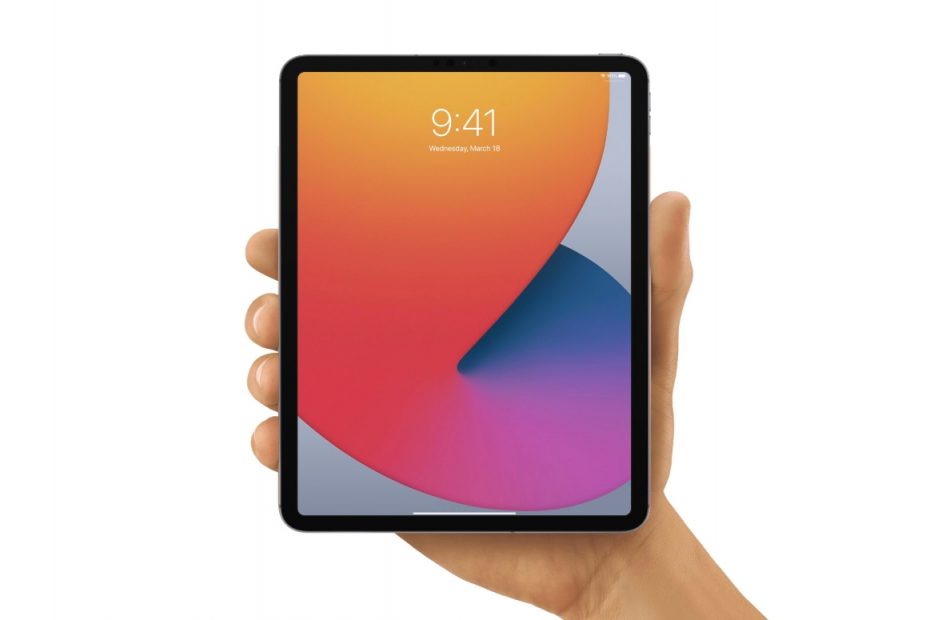 The new iPad mini is coming, but what are the innovations? In this article, we list our expectations for the iPad mini 2021.

We have now arrived at the sixth-generation iPad mini and the rumor circuit thinks that the tablet will appear in the first half of 2021. To get straight to the point: the improvements seem to be minimal. In this article we list the most credible rumors for you.

The iPad mini 2021 would be a little less mini than we are used to. According to the Japanese website MacOtakara the tablet gets an 8.4 inch screen. That is considerably larger than the 7.9-inch display of the iPad mini from 2019.

Presumably little will change in the design. Some rumors do claim that the new iPad mini will have a more angular design, just like the iPhone 12 phones. There are also wild stories that the compact iPad will have an almost front-filling screen. Accessories maker Pigtou thinks the tablet will look like this:

Apple can of course surprise, but it seems to us strong that the company provides an entry-level tablet such as the iPad mini with such a futuristic design. It is more likely that some minor changes will be made, such as smaller bezels (screen edges). In terms of screen technology, it is expected that the small tablet will ‘just’ get an LCD panel, just like the current version.

It is almost certain that the iPad mini 2021 has a Touch ID scanner. You use this physical button to unlock the tablet with your fingerprint. Not only the current iPad mini has such a fingerprint scanner, the iPad 2020 and iPad Air 2020 are also equipped with it.

Apple would be pleased to give the hardware of the iPad mini a major upgrade. The current version, for example, runs on the A8 chip, while we have already arrived at the A14 variant.

This chip is included in the iPhone 12, iPhone 12 Pro, iPhone 12 Pro Max and iPhone 12 mini. We also do not rule out a switch to the A13 chip, which powers the iPhone 11 series. The previous mini model has 3GB of RAM and 64GB of storage, so the successor must at least meet (or exceed) this.

We are still completely in the dark when it comes to the camera. No rumors have yet come out that tell anything about the cameras of the iPad mini 2021. It is clear that the sensors need a major makeover. The iPad mini from 2019, for example, has an 8 megapixel sensor on the back and a moderate 1.2 megapixel selfie camera on the front.

Whether the iPad mini 6 can handle the Apple Pencil 2, the latest version, is not yet clear. You click this pin onto the magnetic side of an iPad, but the mini is probably just too compact for this. So maybe it stays with support for the first generation Pencil.

The iPad mini 2021 will be released in the first half of this year, among others Ming-Chi Kuo. Kuo is well known in the Apple world and regularly shares accurate information about unannounced products. The analyst thinks that the compact tablet will be revealed during a virtual event or via a press release.

Since the new iPad mini is aimed at the same audience as the current model and the improvements seem to be more evolutionary than revolutionary, we expect the suggested retail price to remain the same. This means the following for the price of the new iPad mini:

Also check our other expectations

To the editorial office of iPhoned we are eagerly looking forward to 2021, as it promises to be a very exciting year for Apple fans. The past weeks have looked ahead to the iPad 2021, iPad Pro 2021, AirPods 3 and AirPods Pro 2. Read the articles below for an overview of the current rumors: