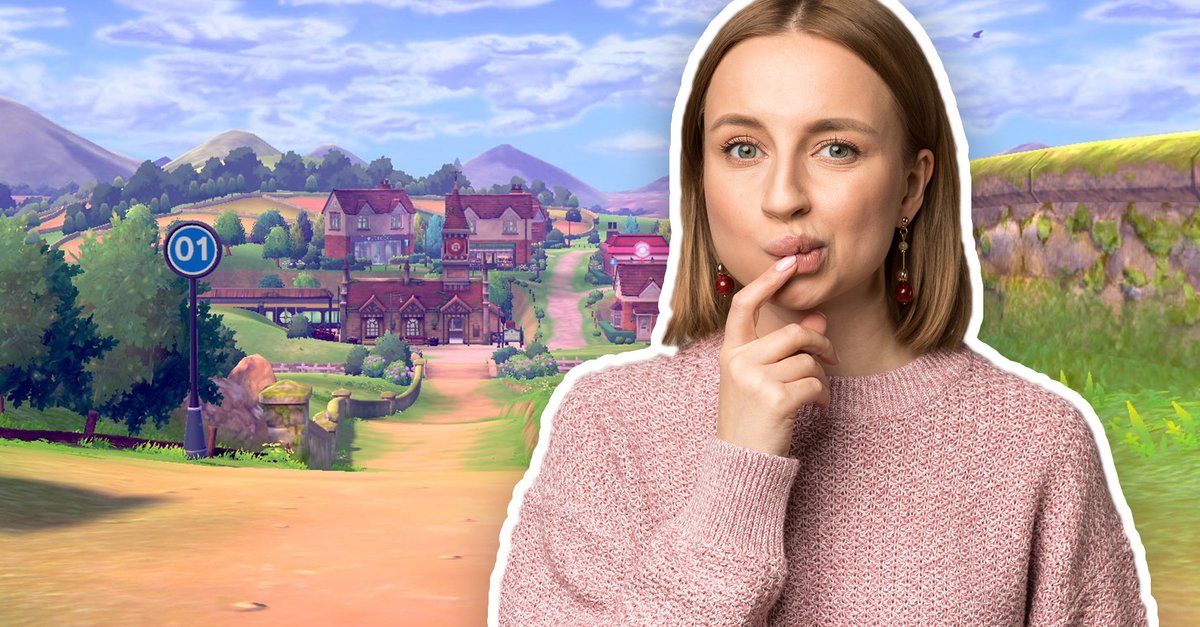 Is Professor Oak actually a member of the Top 4? Are there also normal animals in the world of Pokémon? And how do Pokeballs actually work? We’ve rounded up some quirky Pokémon facts and theories that you probably didn’t know.

Of course we have to admit that we didn’t eat wisdom with Simsala’s spoons either and in many things we can only refer to the most widespread theories. Maybe you don’t see your questions answered in our list, maybe new ones are piling up. In any case, we wish you a lot of fun with:

Number one of our Pokémon theories is an obvious one: Up until Generation IV, the games’ action takes place in locations in Japan. So there would still be plenty of room for more games, maybe even a Pokemon MMORPG?!

In Pokémon Red and Blue we learn from Major Bob, also called Flashing American (“Lightning American”) that he had previously fought in “a” war involving Pokémon. The question also arises as to why most adult males in the region are either very old, worthless, criminals or coaches.

The protagonist has no father and neither does your rival live with his parents. Children are free to have their own experiences in a relatively dangerous area that is certainly not appropriate for their age, and Ash’s mother sees him as a man of the house.

There are hospitals and gyms on every corner, but most of the time there is a lack of entertainment such as cinemas or other things. So it makes perfect sense that there was a Pokémon War in the Kanto region not too long ago. Also in Pokémon X and Y it is mentioned that there was once a Pokémon war. (thanks to m1r3el)

While memes deriving Pikachu’s name from the word “chew” for chewing are much funnier, the actual origin is quite understandable and logical. Because Pikachu is made up of the Japanese onomatopoeia for the word “sparkle” pikapika and the word “squeak” chuchu.

It has not yet been clarified how gigantic Pokémon are supposed to fit into a Poké Ball the size of an apple, but various theories at least leave room for imagination.

Accordingly, Pokémon can exist in our real world and also in an intermediate dimension. If you throw a ball at a Pokémon and catch it, it dematerializes into red energy that travels into the ball. Here the Pokémon gets everything it needs to live: food, sleep, etc., which also makes it reasonably peaceful.

If these requirements were not met, the imprisoned pocket monster would probably turn against its master the next time it was used. The fact that there are Pokemon like Ash’s Pikachu and Meowth that can’t be caged suggests the pocket monsters can at least defend themselves, or at least won’t necessarily be happy in the nutshell.

However, the fact that Pokémon can also be stored on systems such as Bill’s PC also suggests that Pokémon may also be completely digital beings that can materialize in our world.

You all know the advancements of Caterpillar and Bluzuk. If you take a closer look at the final stages of the two Pokémon, it is noticeable that only the eyes of Butterfree and Omot are more similar to those of the other predecessor.

Added to this is Bluzuk’s mouth, which also resembles Butterfree’s, while Safcon is also more reminiscent of Omot in shape. It is not yet known whether this was changed shortly before the release, but it is impressive because of its logic that it should be like this.

Have you ever wondered why there is actually no fauna apart from the Pokémon? The only “animals” are the Pokémon themselves (with some plant creatures, but they haven’t completely supplanted fauna—yet).

In the first seasons of the anime, however, there were a few short appearances from real animals (thanks Plague1992). The circumstance has not been clarified, but leads straight to the next fact…

If you don’t know any animals in the world of Pokémon, you have to resort to enjoying Pokémon – unless you want to live exclusively as a vegetarian.

“Hey, you Pokemon out there! Either I catch you or I eat you! Attack me, come on!”

Various PokéDex entries indicate that Porenta was on the brink of extinction. But it’s not surprising when the duck brings the vegetables with him…

Through a glitch, it was found out that Professor Oak is actually the champion of the top four. Originally, you should have gone into the final battle against your client instead of against your grandson. Both characters also have almost identical Pokémon (thanks Plague1992).

But let’s be honest: It would have been a great plot twist, but it’s much more satisfying to stomp your rival to the ground after so much hardship and finally prove once and for all that you’re the best coach.

Incidentally, Professor Oak can’t remember his grandson’s name, nor does he notice his gender. How triumphant would a win be?

More trivia than fact, in Pokémon Puzzle League you unlock Mewtwo by holding Z and then:

In English Hoch is “Up” and that’s how the word Bulbasaur comes from… How do the two relate to each other? We don’t know either.

The morphing Pokémon could have a pretty believable origin given the many theories to be believed. Because if you compare the status values, initial attacks and just the color of Ditto and Mew, you will discover some similarities.

Ditto is therefore traded as a failed clone of Mew.

In the American and German translations, Knockchan/Hitmonchan and Kicklee/Hitmonlee are equivalents of the two Asian martial arts champions Jackie Chan and Bruce Lee.

In the original Japanese version, however, the two names are Ebiwaler and Sawamular and are based on the Japanese kickboxer Tadashi Sawamura and the Japanese boxing champion Hiroyuki Ebihara.

Seriously, why would the Japanese honor two Chinese by naming them? No, no, makes sense.

The ghost-flying Pokémon Drifloon loves kidnapping little kids. If you’ve read the PokéDex entries for some editions, you already knew that. With increasing edition, however, the entry is defused by inserting the word “sometimes”.

Traumato symbolizes a tapir, or rather the chimeric creature Baku. These monsters of Japanese folk superstition like to be around people and devour their bad dreams.

The tapir was unknown in Japan, as the animal was native to China. However, it is suspected that the actual trunk animal was a model for the mythical creatures.

Bobble is a water-type Pokémon, and Bobble is based on tadpoles. So far, so familiar, but did you know what the whorl on the buffoon’s belly is supposed to represent?

Yes, you guessed it: it’s the intestines, which are filled with black stool. You don’t always see that, but if the intestines are particularly full, it can’t be overlooked. Mesmerizing, right?

Magikarp has one particularly pointless attack up its sleeve, unless you level it up to level 15 or it learns some other way of tackling — let alone evolving into Gyarados.

However, the attack, which is called “Splash” or “Splash” in the western editions, is a gross translation error. Because the actual attack comes from “hop” and simply describes the blunt hopping of the carp Pokémon.

This is also the simple reason why the attack is not assigned to the water element, but to the Normal category.

When Paras evolves into Parasek, the mushroom on its back takes control of its host. With that, the glittering expression in the Pokémon’s eyes also fades, stepping aside for a blank stare from a lobotomized zombie.

If you’ve always thought that Wobbuffet’s signature blue body was the real Pokemon, then we’ve got to teach you otherwise. The actual Pokemon is the black tail with eyes.

The rest is just a decoy, which, after all, has learned to come to the fore and even speak.

Like Wobbuffet, Gelatini and its evolutions, Gelatroppo and Gelatwine, are Bait Pokémon. The cute faces and the appearance of an ice cream are intended to attract children, so that the Pokémon can kidnap them and do who-knows-what, similar to Drifloon.

The right eyes are the ice crystals in the middle, or in the case of gelatini, on the side of the “face”.

If the Electro-Steel Pokémon Magnetilo evolves into Magneton, you should actually assume that the weight would only triple. But that’s not the case, because Magnetilo’s 6 kg simply become 60.

Although there is also a minimal increase in size, this is not nearly as important as with the weight. Possibly an error? Or is there a secret reason?

It’s widely believed that the Electric-type Pokémon Voltilamma is a reference to Phillip K. Dick’s book, Do Androids dream of Electric Sheep?

Smogon and Smogmog were supposed to be named “Ny” and “La” in the original Japanese version. The developers wanted to jokingly allude to New York and Los Angeles, which are considered to be particularly smog-prone cities.

But the question arises as to why people wanted to go so far when the big Japanese cities are struggling with the problem themselves.

One of the most versatile Pokemon is probably Flegmon. It has two alternative forms of evolution that are extremely different from each other, allowing it to either go from lame-ass phlegm to pain-resistant hunters or to the ingenious king of all walking laziness.

But how does it even come about?

If Flegmon’s tail is bitten by a Musha, and we know from the events of Pokémon Red and Blue that it can regrow like a reptile, it turns into Slowmus. From now on it can no longer fish for food with its tail, but has to go hunting. In addition, it suddenly learns poison-type moves without either Pokémon having had any of that element before.

On the other hand, if a Flegmon is bitten in the head (along with a King Stone), it turns into a Nobel Prize-worthy Lachoking that could pocket Pokémon Professors.

Why are the two so different from each other?

The difference lies in the effects of the musha’s poison (wherever that may have come from). Because while the poison in the tail, which as I said can fall off, does not penetrate to the head, it has a hallucinogenic effect on that main position, which makes you super intelligent. Unfortunately, there is no proof of this either, otherwise some Pokémon or humans would probably let themselves be bitten on the head by an extremely morphing giant clam…

Have you ever wondered why Bug, Darkness, and Ghost attacks are so effective against Psychic-type Pokémon? The reason is simple: bugs, the darkness and ghosts represent primal fears that hit the psyche…

Another question then, though, is why Psychic Mime can’t damage itself (unless under the influence of Confusion). I mean, who isn’t afraid of “clowns”?

What is the explanation for the fact that traded Pokémon either develop faster or initiate an evolution directly? That’s a very heartbreaking reason, but not confirmed yet.

If a Pokémon is traded from its old master to another trainer, fears of separation and loss grow in it. The Pokémon is now trying to please its new master through increased growth so that it gets the love it needs from him.