2 months with the top mobile phone from China 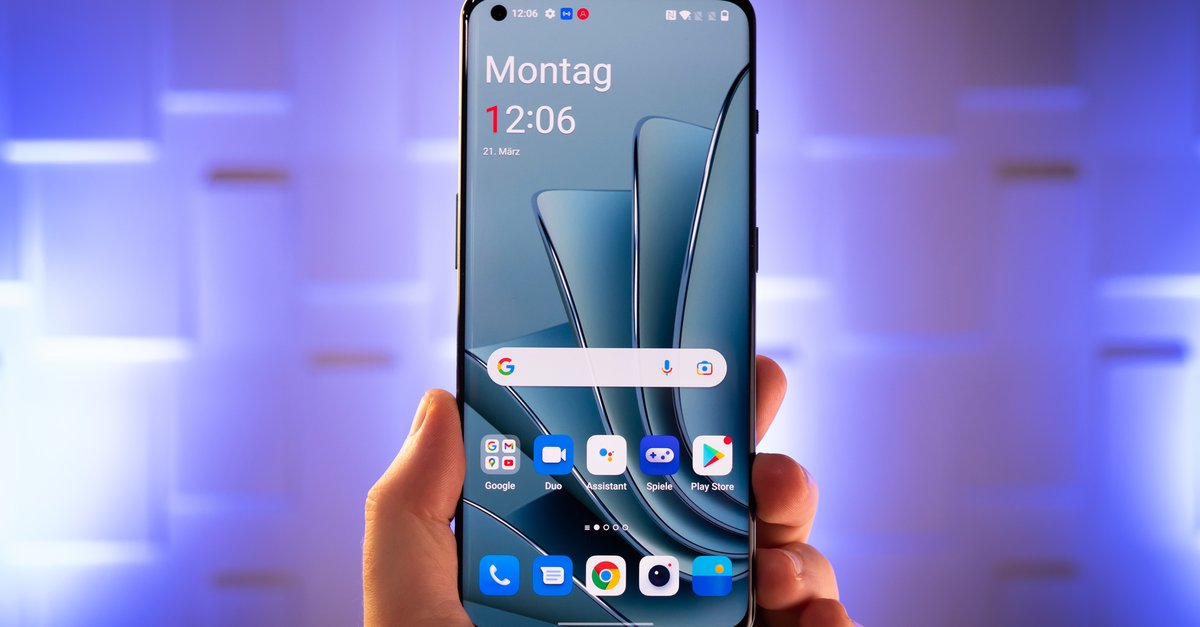 With the OnePlus 10 Pro, the Chinese company, which has since been integrated into Oppo, has presented a top smartphone with a number of new functions. Other features are missing. I’ve used the smartphone in my everyday life for a few weeks and I’m conflicted.

OnePlus 10 Pro in the test: conclusion

The OnePlus 10 Pro included me in the test convinced by its high performance, the good display and the long battery life. The loading speed is also up to date. I expected a little more from the Hasselblad camera. The zoom capabilities are also rather limited compared to other flagship smartphones. The software does not offer any special features and works solidly. OnePlus does not allow itself any weaknesses here.

The omission of the IP certification, which still existed with the OnePlus 9 Pro and even exists with the T-Online model of the OnePlus 10 Pro in the USA, is incomprehensible. OnePlus says the phone is built to be waterproof, but has skipped the cost of IP certification. So if water damage happens, you lose out, because officially there is no IP certification. The strong heat development when gaming and the resulting loss of performance are also unpleasant.

Overall, the OnePlus 10 Pro is a solid Android smartphone that does well overall at a price tag of £899. But it also somehow lacks the special feature that you get from Google, for example, with the Pixel 6 Pro (test). The phone costs the same, but you get periscope zoom and unique software features that no other phone has. If you want to buy the OnePlus cell phone, you still don’t do anything wrong.

OnePlus didn’t experiment with the design of the OnePlus 10 Pro. From the front, the smartphone looks like its predecessor. A 6.7-inch Fluid AMOLED display is used, which has a very high resolution of 3,216 x 1,440 pixels and supports a variable refresh rate of 1 to 120 Hz. I would describe the performance as very good. Everything is running smoothly. The smartphone has a lot of power and you can feel it. There are never any unnecessary stutters or delays when scrolling.

You only see them when you look at the back of the OnePlus 10 Pro massive camera with the three sensors and an LED ring. The design has been derided as a stovetop or something, but I don’t think it’s that bad. The camera is clearly set off from the back, but blends in nicely with the design thanks to the transition into the frame.

OnePlus could have softened the design a bit by going more in the direction of the camera design of the iPhone 13 Pro. So several levels, but for example a transparent material. OnePlus has even raised the two sensors on the 10 Pro. But you just don’t see it, because almost everything is tone on tone.

Otherwise, you get a really high-quality smartphone with the OnePlus 10 Pro. Our test device has the green back with a smooth finish. Personally, I would choose the dark version with the rough surface. That reminds me extremely of the OnePlus Onewhich I owned years ago. Overall, the handling of the cell phone is very good. It feels comfortable in the hand, doesn’t look too heavy and the fingerprint sensor in the display is at a comfortable height.

Display could be brighter

The display of the OnePlus 10 Pro is said to achieve a brightness of up to 1,300 nits. That’s a lot, yes nevertheless, I always have the feeling that the screen seems a bit too dark in every situation. Although I’ve often readjusted manually, the software doesn’t seem to remember my preferences and learn from them. And even in a direct comparison with other high-end smartphones, the OnePlus 10 Pro is not as bright as the competition at maximum brightness.

We are not talking about a display that is too dark, but about the small but subtle difference that on a Samsung Galaxy S22 Ultra you can still see the contents of the screen in direct sunlight, while it is a bit more difficult with the OnePlus 10 Pro . The display is good, but the competition is better.

Performance is excellent – as long as you’re not playing

In the In terms of the performance of the OnePlus 10 Pro, there is absolutely nothing to complain about in normal use. As I mentioned above, the system runs very fast. In combination with the 120 Hz display, it is really a lot of fun to use. Everything runs smoothly, the apps and games load quickly – that’s how it should be.

But if you play with your smartphone for longer, like I did Diablo Immortal, the phone gets so warm that the performance drops sharply. And it doesn’t matter which energy profile you use. After 30 to 45 minutes, the performance drops so significantly that the game no longer runs smoothly and I really got in trouble. Even with the lowest graphics settings, the game doesn’t run any better. This can only be due to insufficient cooling.

No surprises with the software

After integrating OnePlus with Oppo, it was decided that the two operating systems, Oxygen OS and Color OS, would be merged. Oxygen OS has always been one of the main advantages of OnePlus phones, because there is really a lot to adjust. On the OnePlus 10 Pro still runs Oxygen OS 12.1 based on Android 12. The interface is very reminiscent of pure Android, with a few additional settings.

What I don’t like are the icons. You don’t have the option to choose the design of pure Android there. Instead, the icons are all changed. Otherwise you get a solid operating system with some setting options – but without any special features. Basically, bloatware is not pre-installed – at least I wouldn’t count TikTok and Netflix among them. There are some OnePlus apps and of course Google’s apps.

curious: At first I couldn’t find a way to turn off my phone. The power button launches the Google Assistant and there is no option in quick settings to turn off or restart the OnePlus 10 Pro, although that is the case with every other smartphone. In fact, you have to press the volume up button and the power button at the same time. The software button has to be retrofitted in the quick settings, because the current solution is not intuitive at all.

When a smartphone manufacturer advertises with a name like Hasselblad, I expect excellent photos. the The camera of the OnePlus 10 Pro is absolutely fine, if your demands are not too high. If the lighting conditions are right, then all the photos will be successful. However, as soon as it gets a little darker, the smartphone starts to experience slight problems. The night mode doesn’t always work, so you should check the pictures you take in the dark to see if they turned out well.

At the Zoom, the OnePlus 10 Pro cannot keep up with the big competitors. A periscope zoom is missing. The 3.3x zoom is sufficient to get objects a little closer, but you shouldn’t use the zoom too hard, because the image quality visibly decreases. But this is the case with all smartphones that only enlarge digitally from a certain point in time.

The ultra-wide angle with a 150° field of view is brand new. You get a fisheye-like shot. The image quality is okay, but doesn’t really knock anyone’s socks off. Below are some example images for you:

The battery of the OnePlus 10 Pro has grown slightly compared to its predecessor and now measures 5,000 mAh. You come with that too with intensive use easily throughout the day and still have a good cushion for a longer evening or the next day. With moderate use I even got two to three days. When gaming with high brightness, it’s more like four hours. The mobile phone can be fully recharged in minutes using the included 80-watt power supply unit. Optionally, you can also charge the OnePlus cell phone wirelessly.

Note: The “Sustainability” category counts for 10 percent of the overall grade.